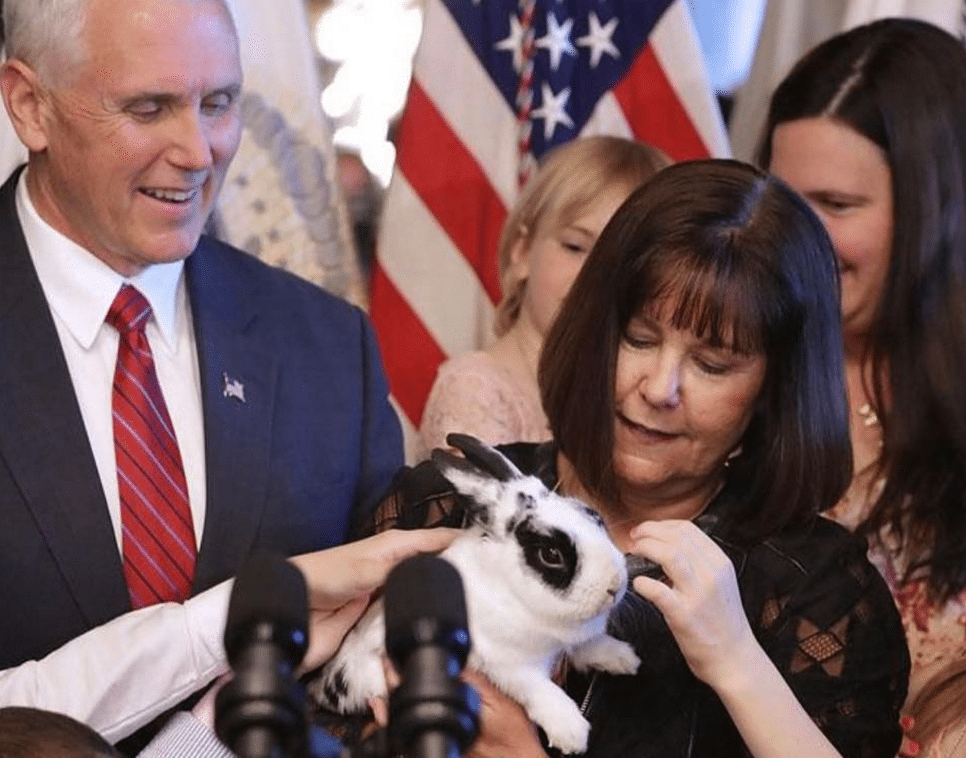 President Donald Trump was reportedly “embarrassed” about Vice President Mike Pence deciding to bring his pets to Washington D. C., and deems the Pence family to be “yokels.”

In a lengthy feature story about Vice President Pence, an advisor to President Trump told The Atlantic that the U.S. President informed his secretary he thought it was “low class” for the Pence family to bring their pets to the Naval Observatory—the official residence of the Vice President. “He was embarrassed by it, he thought it was so low class. He thinks the Pences are yokels,” the longtime advisor reportedly said.

While the recent article in the The Atlantic titled “God’s Plan for Mike Pence,” contains more than 1,500 words, the aforementioned sentences are causing the biggest stir, especially on Twitter. Pet owners are sounding off about the President’s reported feelings on furry friends. 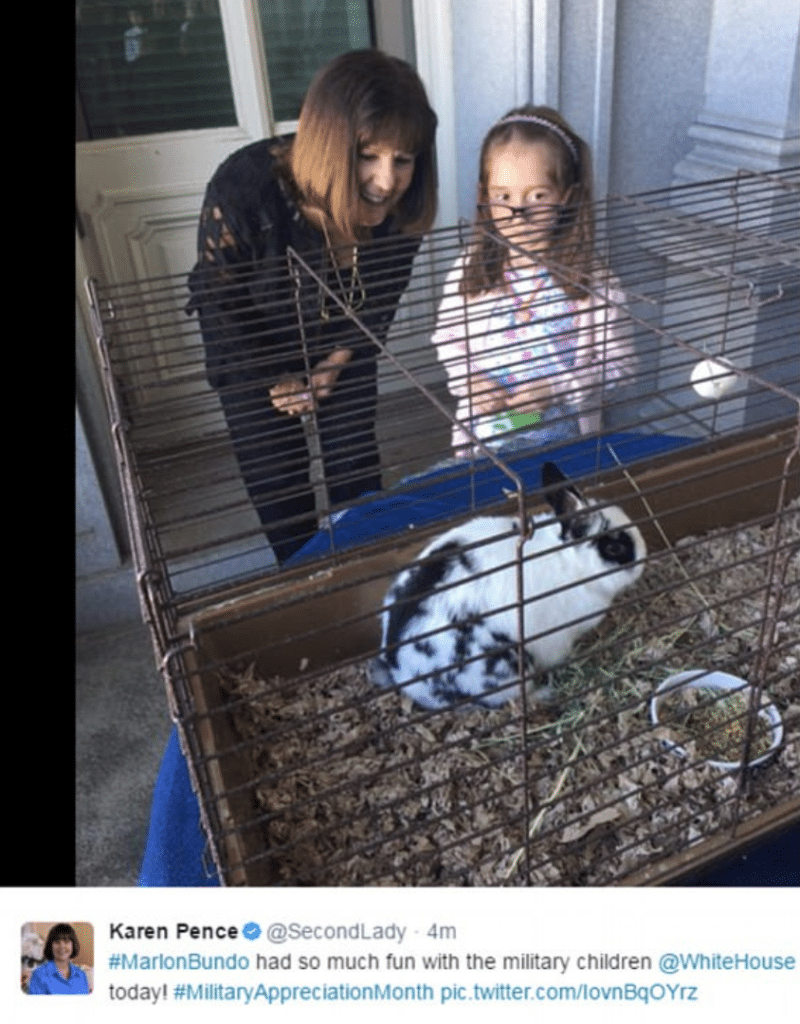 Bunny meeting children of military families and brightening lives. Apparently only “yokels” do this sort of thing.

The Pence family had two cats, a rabbit, and a snake, but after one of the cats died in June, they decided to adopt a puppy (named Harley) and a kitten (named Hazel).

The Pence’s rabbit, called Marlon Bundo, became an Instagram star after moving to the Naval Observatory and has accompanied the Vice President in some official appearances. The so-called “First Bunny of the United States” is the main character in a children’s book written by Pence’s daughter.

Maybe the source in The Atlantic story was emitting fake news, but, so far, the words in the story have not been refuted by the White House or by the unfailingly loyal Pence family. Though there are increasing hints that behind-the-scenes the Pences aren’t quite as loyal as they appear. According to printed sources, a former campaign aid suggested that Mr. Pence’s wife, Karen, thinks President Trump is “totally vile.”

Mrs. Pence is said to have revealed her true feelings about now-President Trump just after the Access Hollywood tape with Billy Bush was released. The video, released one month before election day, showed Mr. Trump boasting about sexually assaulting women. According to The Atlantic, both Mr. and Mrs. Pence were appalled by that video.

It’s true that for several years before he ran for president, Trump would do a photo op with the winning dog of the Westminster Club Dog Show. And, by all accounts, Trump enjoyed the canine visit. Still, perhaps he was only accepting the opportunity to take advantage of the publicity associated with the prestigious dog show. Trump is, after all, the first U.S. president in recent memory not to have a pet.

And, while elephants and other wildlife aren’t pets, Trump has repeatedly and publicly expressed support for big-game hunting, and has even reversed a previous order that bans bringing “trophy” animal parts (such as elephant tusks) across international lines back to the U.S.

In America, more than 60 percent of people currently have a pet. Assuming the president really said this, if having a pet means you’re a “yokel,” President Trump is suggesting most of Americans are “yokels.” 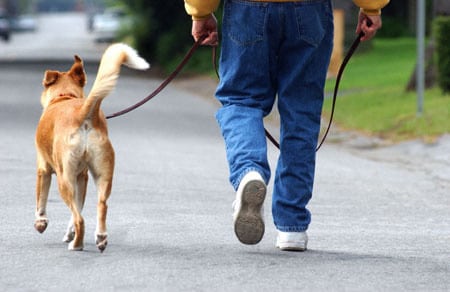 It turns out that walking dogs is healthy for pets, for dogs, and for the community

Trump may be surprised to learn that living with a pet is associated with empathy. There are numerous known benefits to sharing lives with companion animals, which improve mental and physical well-being.

The vice president and Karen Pence aren’t alone. According to several polls, the overwhelming majority of people living with pets consider them to be members of the family. And, laws are gradually being changed to reflect this shift in culture. 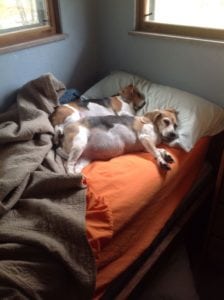 For example, according to the American Pet Products Association, over 60 million households live with at least one dog. And today, about half of those dogs share a bed with human family members. In 2017, more than $69.36 billion dollars will be spent on the pet industry, which is one of the most significant sectors in the U.S. economy.