Dr. Joseph Hahn, technical services veterinarian Merck Animal Health and I chat HERE on Steve Dale’s Pet World, WGN, about the Chicago Cubs before we talk pets, both of us lifelong Cub fans.  I mentioned how touched I was seeing all the family member names written in chalk on the walls (and sidewalk around) Wrigley Field, and added names of my dad, father-in-law, and grandparents. 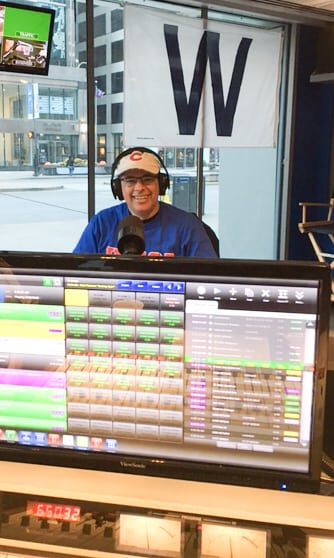 Millions celebrated the Cubs’ World Series, it seems everyone just had a good time, and without incident. My hope is that the World Series win has helped to bring this great city together.

I explain #ChicagoProud – which I launched, and many people are now jumping on board, as have Chicago Aldermen, and WGN Radio. 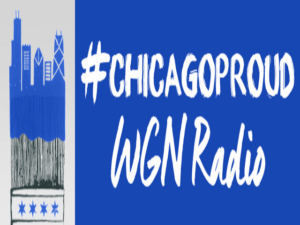 Express how you feel about our City, about the people, the food, the culture, and our sports teams….from police who do good (which happens daily) to your kid getting all A’s, just post #ChicagoProud in social media.

Canine influenza virus or dog flu is still out there – and both strains exists in Chicago. The older strain (H3N8) still lingers, and the one discovered more recently, called H3N2, is still quite active, occurring in shelters, boarding facilities, and here and there all over the city. Dr. Hahn says that you can now protect from both strains with the new bivalent vaccine.  One vaccine covers both known strains of the dog flu. 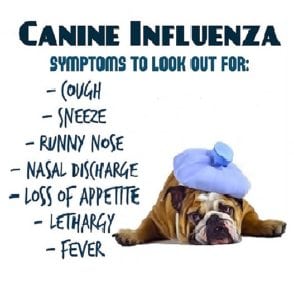 Talk to your veterinarian, but the dog flu vaccine, which is likely a good idea for social dogs (defined as dogs visiting dog parks, doggy daycare, dogs that are boarded, and generally social dogs – even dogs encountering other dogs in high rise elevators). Most dogs with the dog flu survive with illness which goes away more or less on its own in matter of a week or two (but the dog is uncomfortable, and perhaps up all night coughing – which means you’re up all night), other dogs need hospitalization, and a small number may even succumb. If you are traveling for the holidays, Thanksgiving, Christmas or Hanukkah – NOW is the time to vaccinate in order for the vaccination to take full affect, that’s because a booster is needed.

Dr. Hahn answers a question about whether or not cats can get the dog flu. 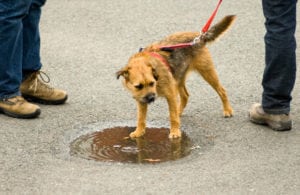 Leptospirosis is a bacterial infection which can kill dogs – no nice way to put that…and it’s currently prevalent in Chicago (and in many other ‘hot spots’ around the country). Dr. Hahn says Med Vet Chicago has seen over 20 cases in the past few months, and about half those dogs have died. Where there is standing water, retention ponds, streams, even puddles that dogs drink from, and there’s wildlife – from raccoons, skunks to city rats, without protection dogs are prone to this potentially serious illness. What’s more, leptospirosis can potentially be passed from dogs to people.  Dr. Hahn again says none of this is an issue if you dog is protected.