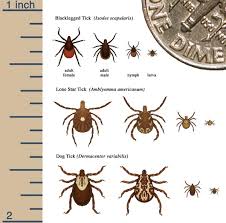 Stop Lyme is the campaign I began in association with the Global Lyme Alliance and the American Veterinary Medical Association.  While, in truth, the campaign can’t likely stop Lyme – we can inform people so tick disease may be prevented in people and in dogs. 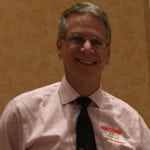 Listen HERE for Dr. Brian Holub, chief medical office at VetCor on my national Steve Dale’s Pet World show; he says veterinarians are trained to look for tick disease, and also have many tools to do it.

The Ixodes ticks (Ixodes scapularis is commonly known as the deer tick or black-legged tick) can be very tiny, and hard to detect on a person and even harder to detect on a pet.  Prevention is far more important than being dependent on finding the ticks. Holub explains that a single tick might also spread more than one tick disease, but instead a cocktail of two or even three pathogens, such as Lyme and also anaplasma. If one tick disease is bad to get, obviously two is worse.

Also, it seems that some dogs and people are fine – even if infected….but not so fine if they are re-infected. And re-infection is common.

Holub is a fan of using new technology products to prevent, and also the vaccine – and explains in a technical way why the vaccine IS effective. “Absolutely,” he suggests the Lyme vaccine.