Protect Our Pets is a Sham 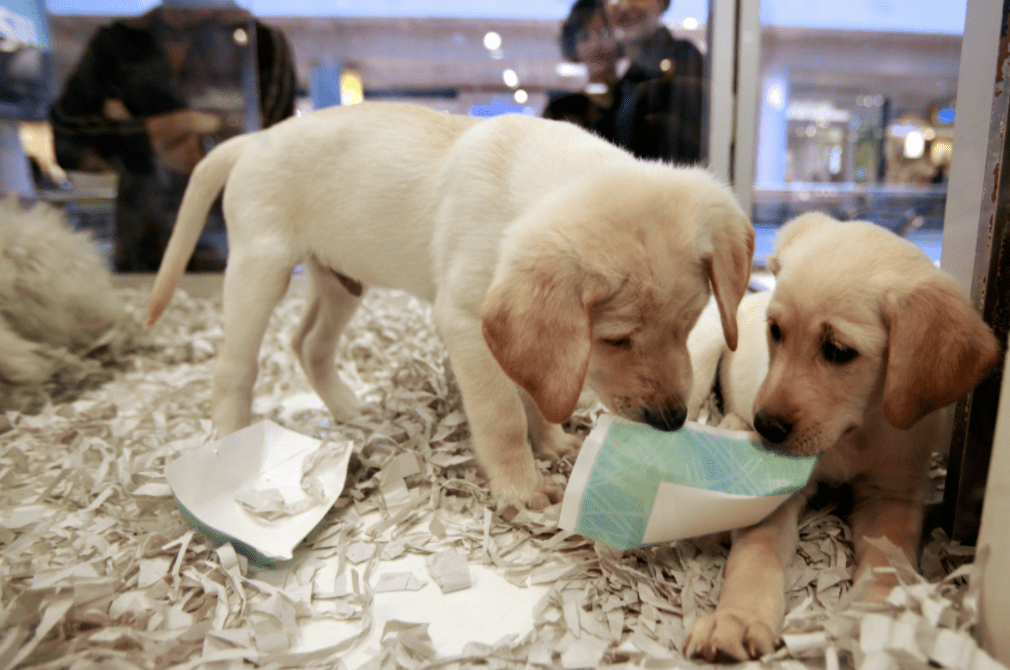 Q: We are a bit confused.  We had been told that Illinois HB 1711 would curtail the spread of Puppy Mills (by banning sales of dogs/cat at Illinois pet stores). Yesterday we received a flyer in the mail from a group called Protect Our Pets Illinois in Lombard IL. It says HB 1711 will close small businesses, open the door for more puppy mills and make animal cruelty easier.
We’re wondering if this could be true.
Dick and Bev

A: Thanks for writing, and I understand your confusion – which is their intent.

Following longstanding American Kennel (AKC) advice, responsible breeders are compelled to personally meet whoever is buying their puppies. And as a buyer you are encouraged by the AKC to see, in person, where the dogs are bred. This is all wonderful advice.

This can’t obviously happen if you are buying at a pet store. Inconsistently, the AKC is one of the organizations fighting bans on sales of dogs and cats at pet stores (and spending lots and lots of money in the process), and therefore supporting where the dogs at pet stores are sourced from, large commercial facilities and puppy mills. Again, no responsible breeder is about to sell to a pet store!

It’s true – banning sales of dogs and cats at pet stores is not overnight going to obliterate puppy mills. However, the impact is growing more significant by the day.

With now five states, many counties and about 400 individual cities banning retail sales of dogs and cats, how can there not be some impact? I wish with one magic statement the Federal government could ban these pet store sales in all 50 states, and truly shutter puppy mills – but that’s not happening. This city by city and state by state process appears to be the next best strategy.

The contention by the group that sent you the flyer is that more people are being pushed to buy online, though people been doing so for many years. There’s absolutely no evidence this is happening more often in communities or states that have banned retail sales of dogs and cats. Having said that, I sure endorse the Feds getting involved to somehow prevent puppy mills from selling online. Anyone can set up a website with bells and whistles and mask who they really are.

It’s almost laughable to suggest these laws make for more animal cruelty, given the cruelty that goes on at puppy mills. Also, many pet stores selling dogs and cats are themselves not so infrequently cited for animal cruelty. And even when not issued citations, as just one example, forcing puppies to go to the bathroom where they eat and play is in my view downright cruel, and as a practical matter makes house training difficult for people who purchase. We know dogs and cats purchased via pet stores are more likely to suffer from behavioral and/or medical problems.

The purpose of the laws banning pet store sales has never been to put pet stores out of business. Lots of pet stores exist and thrive without selling dogs and cats and instead may adopt animals from local shelters and rescues.

The coalition called Protect Our Pets Illinois is too little and way too late as Governor J.B. Pritzker has signed into Illinois law that pet stores cannot sell dogs and cats.  Protect Our Pets Illinois (and similar organizations in other states with other names) is led by the pet store industry, the Pet Joint Advisory Council, American Kennel Club and in Illinois so oddly with support from the Chicago and Illinois Veterinary Medical Associations. Those fliers, PR campaigns and failed legal efforts cost money; imagine the veterinary care which could otherwise be offered to those unable to afford or spay/neuter or trap-neuter-vaccinate-return of community cats which could be done instead of supporting puppy mills.