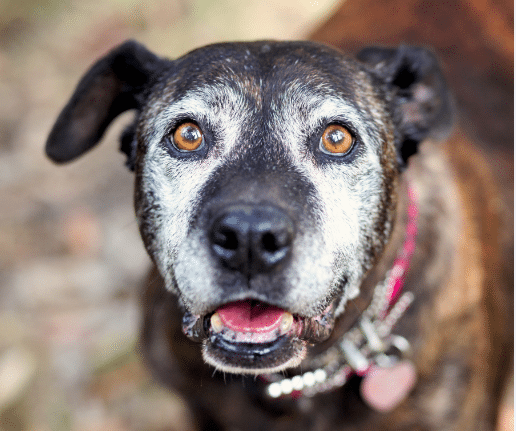 Listen HERE to Steve Dale’s Pet World on WGN Radio. First, my banter with newsman Dr. Dave Schwaney about the 35th Anniversary Celebration for the Museum of Broadcast Communication Chicago. A vision of Bruce DuMont’s was realized and expectations were exceeded. Back in the day, when the museum first opened, I was the moderator for a series of “An Evening With,” including producer/actor Sheldon Leonard, singer/actress Edie Adams, and actor Robert Conrad.

I was honored to do these events, and, far more recently, an event celebrating Lassie with Jon Provost, who was playing Timmy, was held at the museum.

I will say, Lisnek is a total animal lover. Here, he is action shot (for him this is action).

At the gala, I was at the Paul Lisnek table, a great Chicago philanthropist (seriously a generous dude), and I mention his dancing skills of the WGN-TV and Comcast political guru (though there was no music playing at the time). 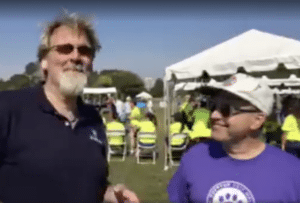 Now, on to the program: I talk with Luke Robinson, founder of Puppy Up  Foundation, an organization that supports comparative medicine, studying and treating cancer in both people and dogs. In fact, most cancers in dogs are identical to cancers in people. And two to four million dogs are diagnosed with cancer annually, which is far too many.

We talk about the reasons dogs get cancers, including breed predisposition, individual genetics, early spay/neuter of some large-breed dogs (rarely, but it occurs), the environment, and old age.

I read several texts for Robinson. The nonprofit held its first Chicago walk along the Lakefront at Montrose. If you missed it, he says they’ll be back next year!

I also talk fleas. How can an indoor cat get fleas? It really happens!

I mention a podcast I recently recorded, Steve Dale’s Other World.

Listen HERE to the podcast with Vicki Santo about the Ron and Vicki Santo Diabetic Alert Foundation. It’s quite the revealing interview in so many ways, not to mention how these amazing dogs are trained and how lives are saved.