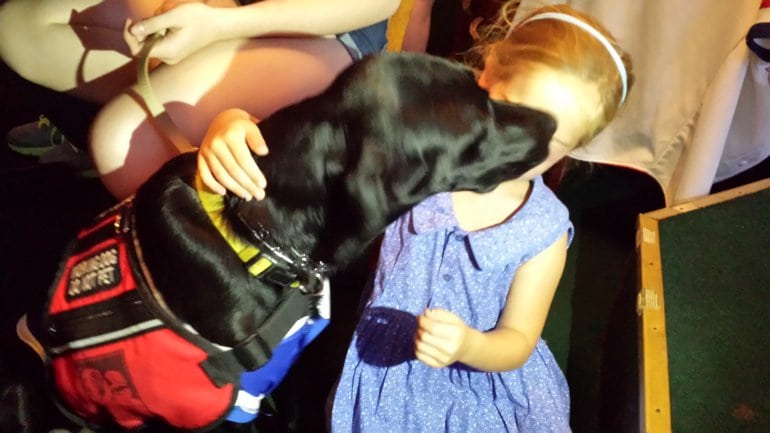 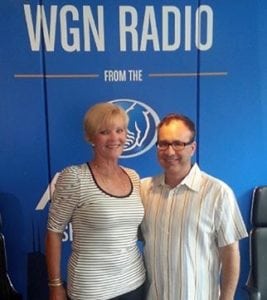 On September 2, Jasmine Willis, a dog recipient, will throw out the honorary first pitch, which is perfect since she plays softball. 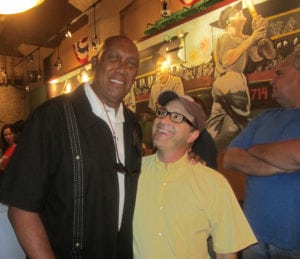 Vicki and Fergie will be signing the memorabilia in the concourse. Just walk up, say “hi,” take a picture, and support the Diabetic Alert Dog Foundation.

Also, you won’t believe the crazy story Vicki tells of the time Ron Santo called into my show unannounced telling me about a relationship problem he was having with his dog, Joker.

I ask Vicki how it feels to see the statue of Ron. 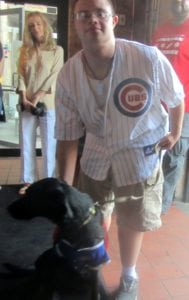 Getting a diabetic alert dog a few years ago

The Ron and Vicki Santo Diabetic Alert Dog Foundation changes and saves lives. It’s absolutely wonderful, but they can’t do what they do without support. Learn more via a lengthier conversation I had with Vicki on my Steve Dale’s Other World Podcast.

Later, I tell the story of what happened with two pit bulls being left alone in a backyard with two young children. Turns out, pit bulls are dangerous, but not in the way you might think.

I also talk about a mysterious virus affecting dogs in Montana and elsewhere.

And, HORRAY for the Windy Kitty Cat Cafe and Lounge, which is holding a grand opening event September 1 and 2.