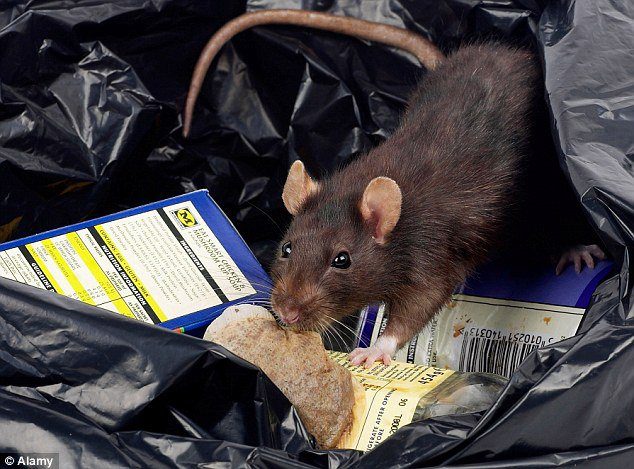 At least one study, published in BMC Public Health, suggests that some urban rats have adjusted their behaviors as a result of the pandemic. With restaurants closed during the pandemic shutdown and some closing for good, rats have had to look elsewhere for their meals. And residential trash cans, always high on the list, is now an increasingly popular source of food. Also, in some places rats are out and about more often. While there is no nationwide rat census, per se, rat populations apparently have not diminished as a result of the shutdown (as some had hoped).

In this public health study conducted in Chicago, IL, 21 percent of respondents reported an increase in rat sightings around their homes during the stay-at-home order. Many respondents described feeling unsafe using their patio or yard, and even afraid of rats entering their home or spreading disease. Greater engagement with rodent control was associated with property ownership. 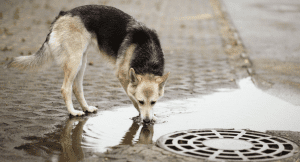 Easy enough that unless vaccinated, this dog might get leptospirosis

Rats can transmit several pathogens to humans. Most noteworthy on the list may be leptospirosis, which we can get directly from rats but more commonly a dog may act as a vector.  We share our homes with dogs, not so much with city rats.

Leptospirosis is a bacterial infection spread via the urine of an infected animal (rats are among a long list of species that transmit lepto but rats are increasingly most associated). A dog comes along and laps up water from any body of freshwater – even as small as a puddle in an alley, and the dog may get lepto. Even a dog who licks his or her paws after stepping in water or swimming may become infected. Some lucky dogs’ immune systems prevent any signs or symptoms but unless the dog is vaccinated a human who doesn’t wash hands after cleaning up an accident in the house, for example, may also get leptospirosis. A toddler crawling is particularly at risk, even outdoors in grass if the dog has recently urinated (or for that matter directly from an infected rat).

Most dogs aren’t lucky enough to be asymptomatic, and without the vaccine, the risk of illness or even death may be significant. With rats in apparent even closer association with our homes, the vaccine against leptospirosis for your dog won’t only protect your pup but also provides protection for your family. 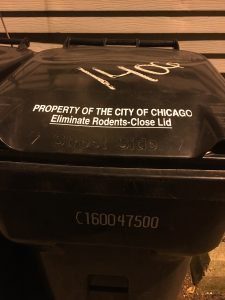 Rats can chew through, metal cans are the best answer

Rat control isn’t easy. Dogs and other unintended wildlife may get into rat poison. When a rat returns “home” and succumbs to the poison, other rats smell the cause of death and actually learn to stay away from the product that caused that death. Also, over time, the poison is washed away and into the environment (this is hardly environmentally friendly).

Programs, such as the Tree House Humane Society Cats at Work Program  may be the most efficient means to control rats, simply be locating community cats where rats are.

Certainly rat-proofing trash, and making meals harder to come by is also suggested. The large plastic bins with heavy lids present only a moderate challenge for rats as they can chew right through the plastic. Certainly, the open trash bins, not to mention people tossing discarded pizza or tacos, make life a joy for the rodents.