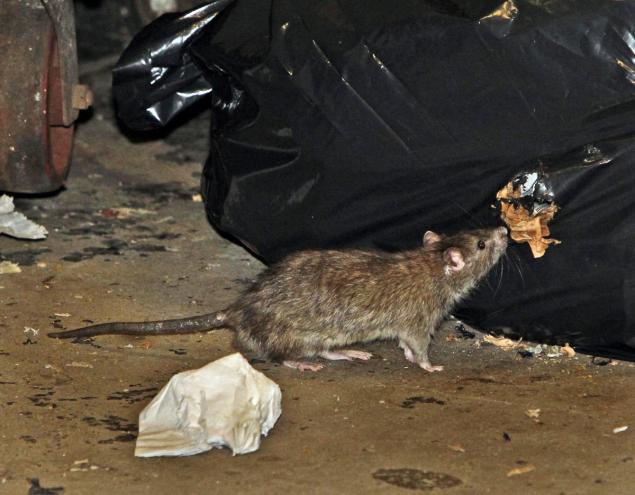 With restaurants barely operating or not open at all, the Centers for Disease Control and Prevention (CDC) is warning against aggressive urban rats who a desperate for food.  Back on March 30, I predicted this “rats and COVID-19 crisis.” Aside from grossing people out, what’s the problem? After all, rats don’t attack people. Or do they? Yes, on vary rare occasions, rats can attack. The more concerning are diseases rats can carry and spread to people and to dogs. 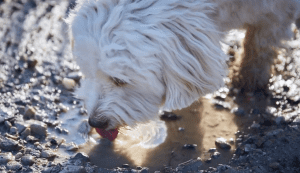 Arguably on top of the list of rat-spread disease is leptospirosis which may be deadly to people or dogs.  Leptospirosis is a bacterial infection transmitted when an infected animal urinates in water, from large lakes to puddles. Rats aren’t the only animal to blame – just the most common in many places. Wildlife of many species, such as raccoon, skunks, squirrels, opossum, deer also transmit lepto.

Since we don’t often drink from puddles, and only rarely from lakes or rivers – a least intentionally, the good news is that leptospirosis rarely effects people in the U.S. (though it’s more common in some places around the world). However, dogs do commonly drink from these places, and are therefore far more susceptible – unless vaccinated. In many places – both urban and rural – leptospirosis vaccines are increasingly suggested for dogs, specifically the vaccine covering the most relevant serovars or variations of leptospirosis.

An infected dog having an accident in the house, could cause a human to get sick. The most common scenario is a toddler crawling on the ground not appropriately cleaned, or an adult not washing hands. Vaccination prevents this possibility, however remote.

In defense of rats, they’re just desperate for food. Rats are increasingly guilty of infanticide, which actually might offer some control on rat numbers. Some cities have reported packs of marauding “rat gangs.” Also, rats have become more bold, less nocturnal and more diurnal (out more often during the day instead of at night).

The CDC offers this advice, “During rodent-related service calls and inspections, environmental health practitioners should advise residents and business owners to eliminate conditions that may attract and support rodent presence. Preventive actions include sealing up access into homes and businesses, removing debris and heavy vegetation, keeping garbage in tightly covered bins, and removing pet and bird food from their yards.” Also, if rats have been somewhere, do appropriately clean up.  The good news is that business is up for exterminators.

I am concerned that in some nations, this problem, the spread of disease from rats, will be far worse than in the U.S.