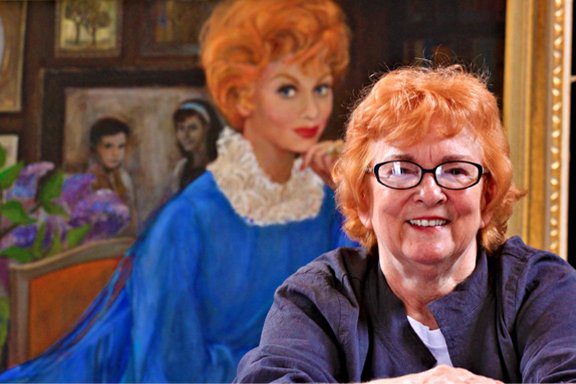 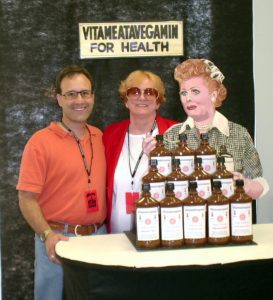 Posing here and spooning our way to health with Wanda Clark

It’s amazing, how relevant Lucille Ball remains. After all, she passed away back in 1989. There was the 2021 feature film, Being the Ricardos, which there were several Academy Award nominations; the documentary from Amy Poehler Lucy and Desi  and re-release from the 1960’s of Let’s Talk to Lucy, which Lucille Ball herself speaking with celebrities on the radio. What would Lucy herself think about all of this? Check out, this conversation HERE on Steve Dale’s Oher World on WGN Radio with Wanda Clark, Lucy’s longtime secretary.

Wanda explained how it came to be that she became secretary to Lucille Ball. And what it was like to work with her.

Charming stories: Was Jimmy Stewart really trying to sell fruits and veggies? And the time Jack Benny serenaded the family.

If it wasn’t for Lucy, Star Trek and Mission Impossible – and those franchises likely never would have happened. Without the initial TV shows, which Lucy “green-lighted,” the movies would never have followed.

Lucy really believed that as Norman Cousins said, Laughter is the Best Medicine.

What did Wanda think about Desi and also Gary Morton, her second husband?