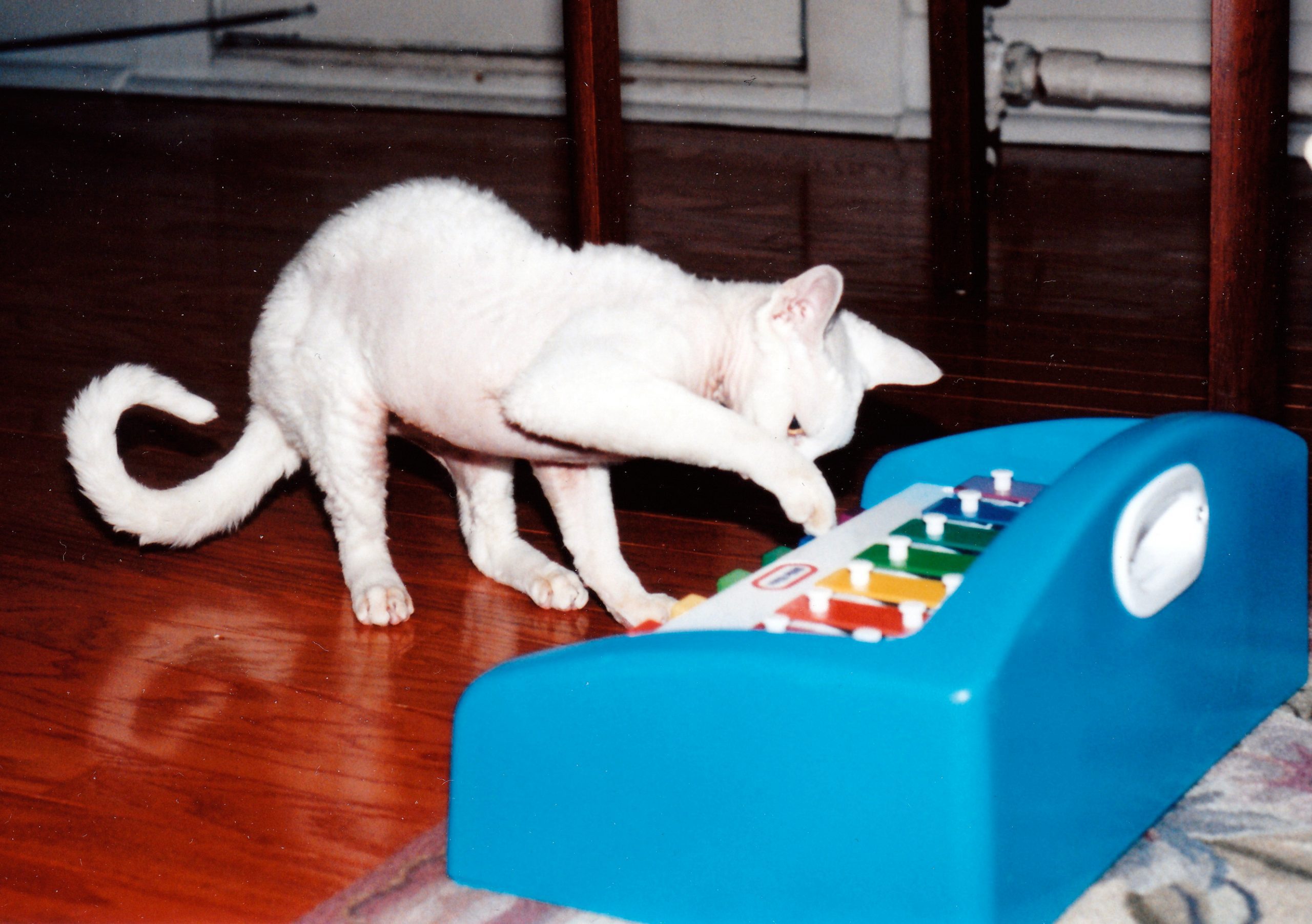 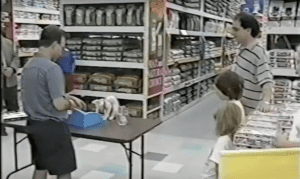 Ricky made many pet store appearances, taking his concerts on the road for charity

I had a cat who changed my life. His name was Ricky. He succumbed to HCM in 2002. Back in the day, Ricky was a sort of TV star, appearing on various Animal Planet shows, National Geographic Explorer, CNBC, a Canadian TV show called The Pet Project, and many other programs, including about every local TV station in Chicago as well as appearances on WGN Radio.

Ricky’s claim to fame: He played the piano. Yes, you read that right—a children’s piano. You can even watch one of those TV appearances, from PBS show called Pet Part of the Family. Ricky loved to appear in public. He could also jump through hoops; jump over dogs on a down stay, offer a “high five;” sit when asked; and come when called, among his various talents. He also so loved going places on a leash and harness.

Today, YouTube videos are filled with cats going places and doing tricks, and Samantha Martin tours the country with Acrocats (or at least she was before the pandemic).

Most important to me, Ricky and I had an extraordinary bond. He slept with my arm around him every night, greeted me at the door, and frequently spoke to me. He also seemed to read my mind. If  I fell into a well – like Lassie – he’d find a way to rescue me.

During one routine veterinary visit, the veterinarian heard a murmur, and the visit turned out not to be so routine after all. A veterinary cardiologist confirmed on an echocardiogram that Ricky had an enlarged thickened heart muscle, a condition known as HCM. 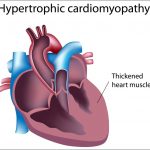 Cats with HCM may live out normal lifespans, often asymptomatic, and ultimately succumb to kidney disease or cancer at a ripe old age.

However, most cats with HCM ultimately develop signs that lead to death. One is an aortic thromboembolism, or saddle thrombus. This is a serious condition, known also as ATE, which a thrombus (blood clot) affecting blood flow to both or one of the cat’s hind legs. It’s painful for the cat, but can be treated as an emergency. Cats do regain movement of their legs again. The problem is that typically once this occurs, it will reoccur. Not only does ATE cause the cat great pain, but repeated emergency visits get costly. And usually the events worsen with each occurrence. After several of these occurrences, the victim is usually euthanized. 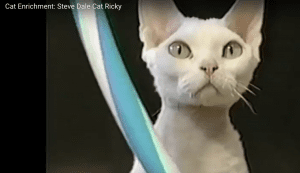 Other cats with HCM go into heart failure, a condition that requires supportive care and medications. Cats can live with heart failure for a time, but ultimately their quality of life diminishes and they are also euthanized.

Other cats with HCM suddenly die. No decision to make regarding euthanization, but it is heartbreaking to see happen (especially for children to witness). And that is what happened to Ricky. For several weeks, his health seemed to be waning, but then one day he just dropped. And that was it. He was just over 4-years old.

I knew from reading the email and, at that time ‘snail mail,’ that Ricky had touched many thousands, changing their image of what cats’ potential could be. And I am happy about that. But to me, I simply lost my best buddy.

I thought, This has to stop; we need to do something about HCM. So, in 2002, I launched the Ricky Fund with the Winn Feline Foundation, now the EveryCat Health Foundation. We’ve raised about $300,000 and have used that money wisely. We’ve funded research to learn the actual incidence of HCM, find a gene defect which Maine Coon cats and Ragdolls can easily be tested so breeders will usually choose not to breed, and in the UK Dr. David Connolly hot on to drug therapy which could provide treatment. HERE, I offer a video presentation about Ricky and the basics about HCM.

Please consider giving to the EveryCat Health Foundation Ricky Fund to help – as any cat of any breed or mix is susceptible to HCM, and thanks to recent work from Dr Connolly and others, we’re actually within grasp. However, to cross that finish line, your help is needed.