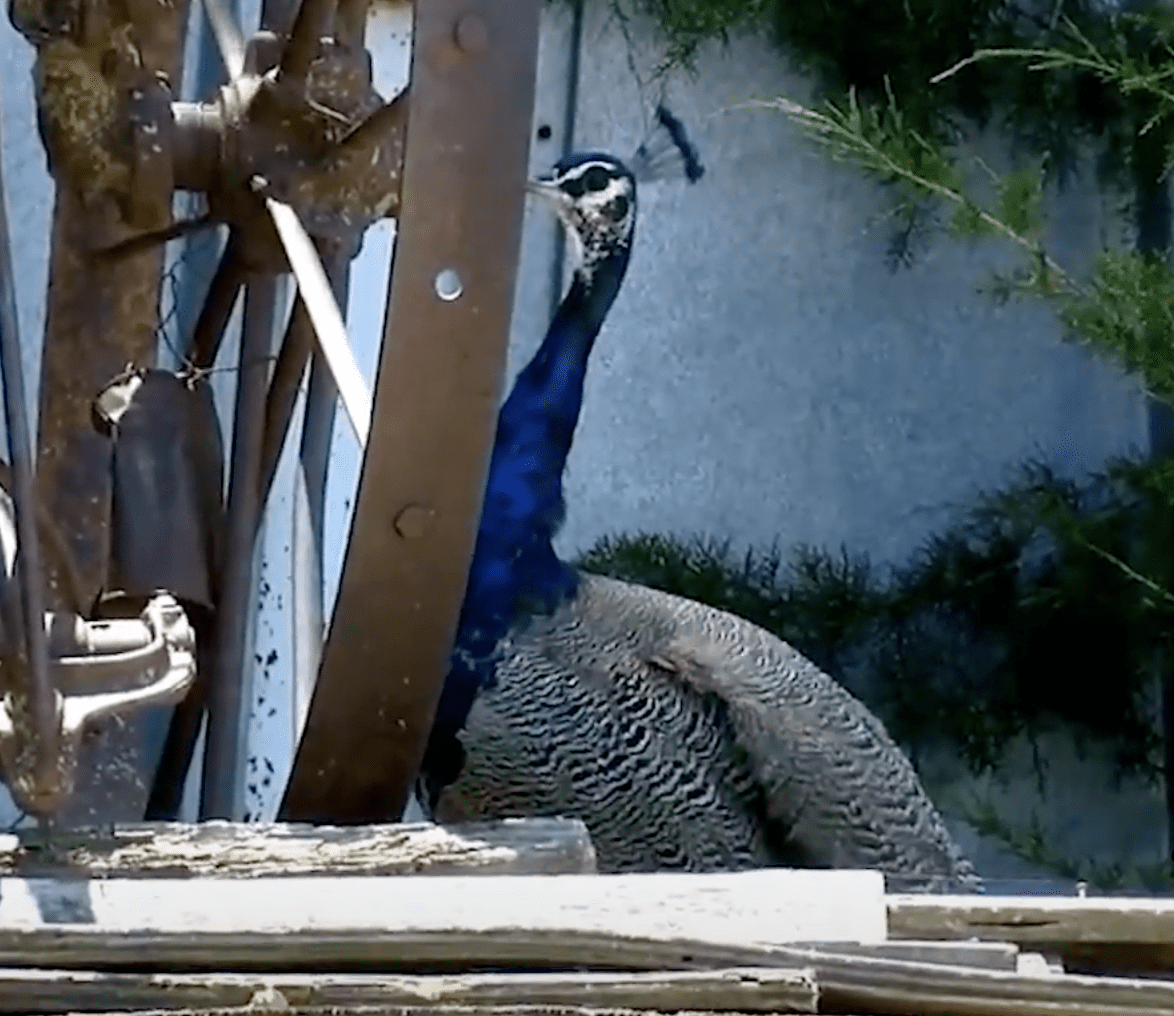 Grand Island is a city in central Nebraska. The sleek Stuhr Museum of the Prairie Pioneer traces the area’s early history, another highlight is the restored Burlington Station and there are peacocks (technically called peafowl). All over the city, peacocks, at least 60 of them in this town of just over 50,000 humans.

The main peacock problems include sanitation, as they defecate all over. They are also very noisy throughout the day from very early in the morning to late at night.

No one seems to know how the problem with the rogue peacocks began – presumably some were kept as pets and got away or were “set free” by the owner, who’s not self-identifying.

The town’s Animal Advisory Board held their annual meeting; they don’t have the authority to make a final decision but did have a recommendation for city council. The recommendation from the board was to essentially make it illegal to own peacocks However, since all the birds are unowned – unsure how this would help. No matter, the vote was not approved.

Animal control is not equipped to control peacocks, and they are also not authorized under city code to remove them. The Nebraska Department of Agriculture isn’t keen on jumping in to help. Some want the birds relocated, but where to? Others appreciate their beauty, and tourists visit to see the birds so there’s no doubt that is of economic benefit to the community. And business like the local Peacock Lounge have no complaints. Also, the birds are efficient at gobbling up annoying insects.

And for those needing more, here’s a recent local news report: