Roller Coaster Life of Cesar Millan: Petcube Chooses Him as a Spokesperson

I almost feel sorry for the famed Dog Whisperer, Cesar Millan after watching this video:

And this video only offers the highlights – both good and not so good. While all our lives are a bit of a roller coaster, his has been a particularly wild ride.

I am writing about Millan again because Petcube, a wi-fi camera and treat dispenser that allows family members to keep an eye on their dog using a phone app when not home, hired Millan as a spokesperson and in their own worlds, “to promote happier, healthier pets.”

My problem is that Millan is an odd choice to support or promote healthier dogs. In fact, he’s caused so much harm, standing by his antiquated and self-created methods for purposes of being consistent with his own branding to presumably get better ratings and sell more books – not to help more dogs. His greatly aversive techniques are not hardly based on science, and actually have a history of causing damage.

At the height of his first show, it was so bad that the American Humane Association succeeded in convincing producers at the National Geographic Channel to post warnings on the screen as the show aired, which essentially suggested Millan is – in fact – not a professional. One example of such a warning, “Viewers should consult a professional before adopting any of the techniques on this program. Any activity you do with your dog is at your own risk and may produce varied results.” No doubt this language had input from lawyers who were by then defending Millan when people sued for what happened to them by following “Dog Whisperer” advice. 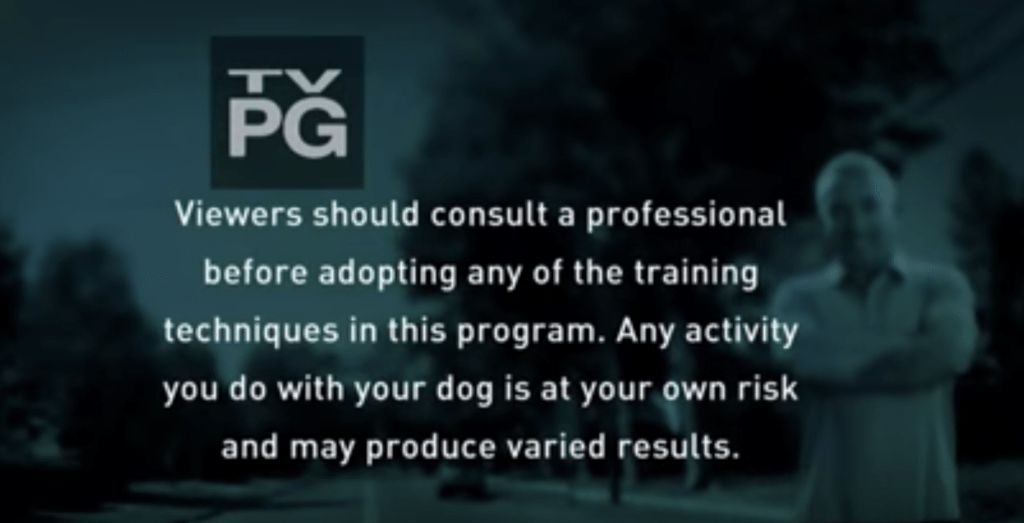 When Petcube (a product I was actually about to purchase) announced a partnership with Millan, I wrote this piece – attempting to walk through step by step why so many professionals (including nearly all, if not each and every real behaviorist) is hardly a fan of Millan.

I sent a message to Petcube with my story, And their response was a non-response, “We don’t have any further comments.”

Millan was charged with animal cruelty just two years ago, or eluded those charges in the end.

So, why do I care about this?

Certainly, some had emailed asking that same question? 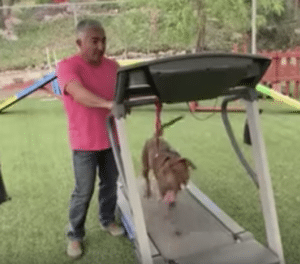 First, to be clear, I have no personal issue with Millan, and I absolutely credit Millan for his success, in general, when coming to America with so few skills, including language skills.  He has an innate ability to communicate, and definitely has charisma as a performer. As a dog trainer, he has supreme timing and shows no fear, including fear of being bitten, However, this is where things go wrong when on TV. When there is a bite in the real world because people watch and then emulate, the dog is the terminal loser. Pushing dogs past their limits and into a corner – what do you expect? And those buzz words, while great for branding, they are not so great for dogs as they all support his aversive techniques. Though I must say, it seems, Millan has moderated a bit.

Petcube is one of several products of its kind to use technology to “spy” on our pets when we’re not around. Caring about what’s happening with our dog when we’re not home supports the human-animal bond. How can this company be so naive about Millan?

Why continue to pounce on Millan? It’s because there are a significant number of trainers who do use and celebrate his aversive techniques rather than positive reinforcement, which we know is is more effective and also more humane.

In 2010, on behalf of the American Humane Association (AHA), I organized a group representing several training organizations, veterinary behaviorists, certified applied animal behaviorists and certified animal behavior consultants to create the AHA “Pet Training and Animal Welfare Advisory Group.” The point was to provide consistent methodology all in the space can agree on. Animal behavior superstars filled the room, and we crafted a document. The AHA did extend an invite to Millan (much to the consternation of some).  I believe in open dialogue as did legendary veterinary behaviorist, the late Dr. R.K. Anderson, who lent his name to the effort. 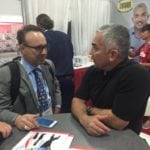 I am always fine with discussion

Millan’s camp, at first, said he would attend. But it turned out that Millan had no interest in attending. I thought, ‘How can Millan pass by this opportunity to finally, at least, authenticate himself, and learn?’

As consumers we all have choices, and can support products we want. True enough many dog parents somehow consider Millan a rock star, and Petcube, I suppose, is counting on that.  I still seek an answer from Petcube – about how this company – which really did seem to care, and supported philanthropy – makes this decision – which implies that the company also supports Millan’s harsh and misguided techniques.