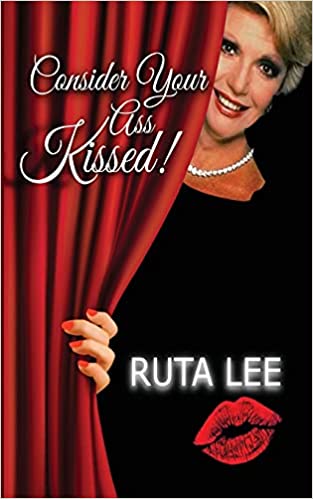 What honor to speak to a real Hollywood legend, Ruta Lee. You may not recall her name but you likely know her face in her many movie and stage roles, and literally over 2,500 TV appearances.

Listen to my conversation HERE from my Steve Dale’s Other World show on WGN Radio. 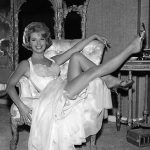 Check  this out, she was in Funny Face with Fred Astaire and Audrey Hepburn, Frank Sinatra’s leading gal in Sergeants Three and so many more.

We focus the start of our conversation about the Thalians, founded by Debbie Reynolds.  “Getting tired of being called hard drinking, pot smoking, sex-minded asses who had nothing to contribute to society, which is the rap young Hollywood then had….why don’t we do something meaningful.” For starters throughout the conversation, Ms. Lee tells it like it is – not mincing words. When I bring up the part of Ginger on Gilligan’s Island, which Tina Louise beat her out for – you should hear what she says


Consider Your Ass Kissed is her just released memoir. Ms. Lee explains what that title is all about.

We reminisce about some Ms. Lee’s appearances, including one time when she piddled in her pants with Milton Berle and Lucille Ball. Lee says Lucy was one of the “Great Dames” in Hollywood, and they were good friends. Here is that show, watch at the very end what I am talking about as Ms. Lee first and eventually Lucy crack up. Berle’s last line about the salad was an adlib, not to mention what he did with the salad.


Ms. Lee explains how Frank Sinatra changed her life. She dishes a bit about Cesar Romero and Tyrone Power.

I will soon do another interview with Ms. Lee about her passion for animal welfare.