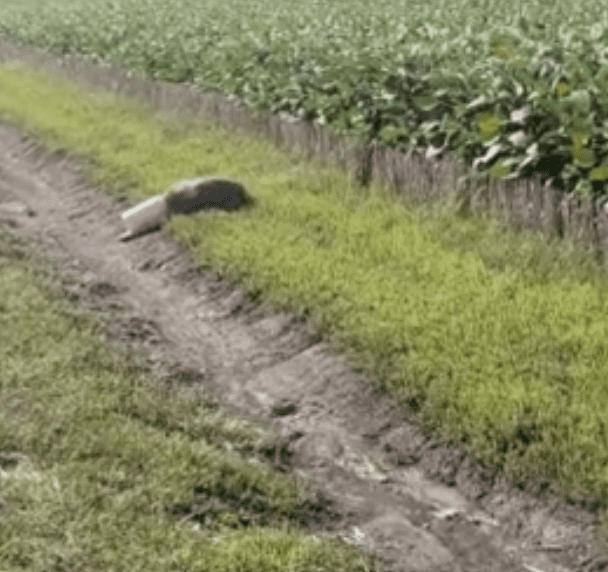 A woman in Hennepin, IL spotted a coyote on the road with its head stuck in a container. With assistance from the Illinois Department of Natural Resources the container was successfully removed.  This kind of responsibility is so admirable, in part, because it was humans that left the container out in the first place.

Meanwhile, according to a new report in the Journal Ecology and Evolution. Christina Hansen Wheat, a behavioral ecologist at Stockholm University and colleagues hand-raised 10 gray wolves from the time they were 10 days old, before they could even open their eyes. The researchers took shifts, spending 24/7 with the pups, initially getting up every two to three hours in the middle of the night to bottle feed them. When the animals were 23 weeks old, a caregiver led them one at a time into a mostly empty room. Over the course of several minutes, the caregiver exited and entered the room, sometimes leaving the wolf alone, sometimes leaving it with a complete stranger. The team repeated the experiment with 12 23-week-old Alaskan huskies, which they’d raised similarly since puppyhood.

For the most part, the scientists saw few differences between the wolves and the dogs. When their caregiver entered the room, both species scored 4.6 on a five-point scale of “greeting behavior”—a desire to be around the human. When the stranger entered, dog greeting behavior dropped to 4.2 and wolf to 3.5, on average.

Not everyone is convinced with the result demonstrating true attachment in dogs. Márta Gácsi, an ethologist at Eötvös Loránd University, for example, is skeptical saying the ability to bond with strangers and those who raised the animal wasn’t significantly.different.

However, it’s this seed of attachment and need for sociability that thousands of years ago may have been the seed for evolving wolves to dogs – but that’s not particularly news.

Also the wolves in the study were all young. So, there’s no way to determine how their demeanor may change as they age.