Seresto Flea and Tick Collars Linked to Adverse Events, Even Deaths of Pets and Harm to Humans 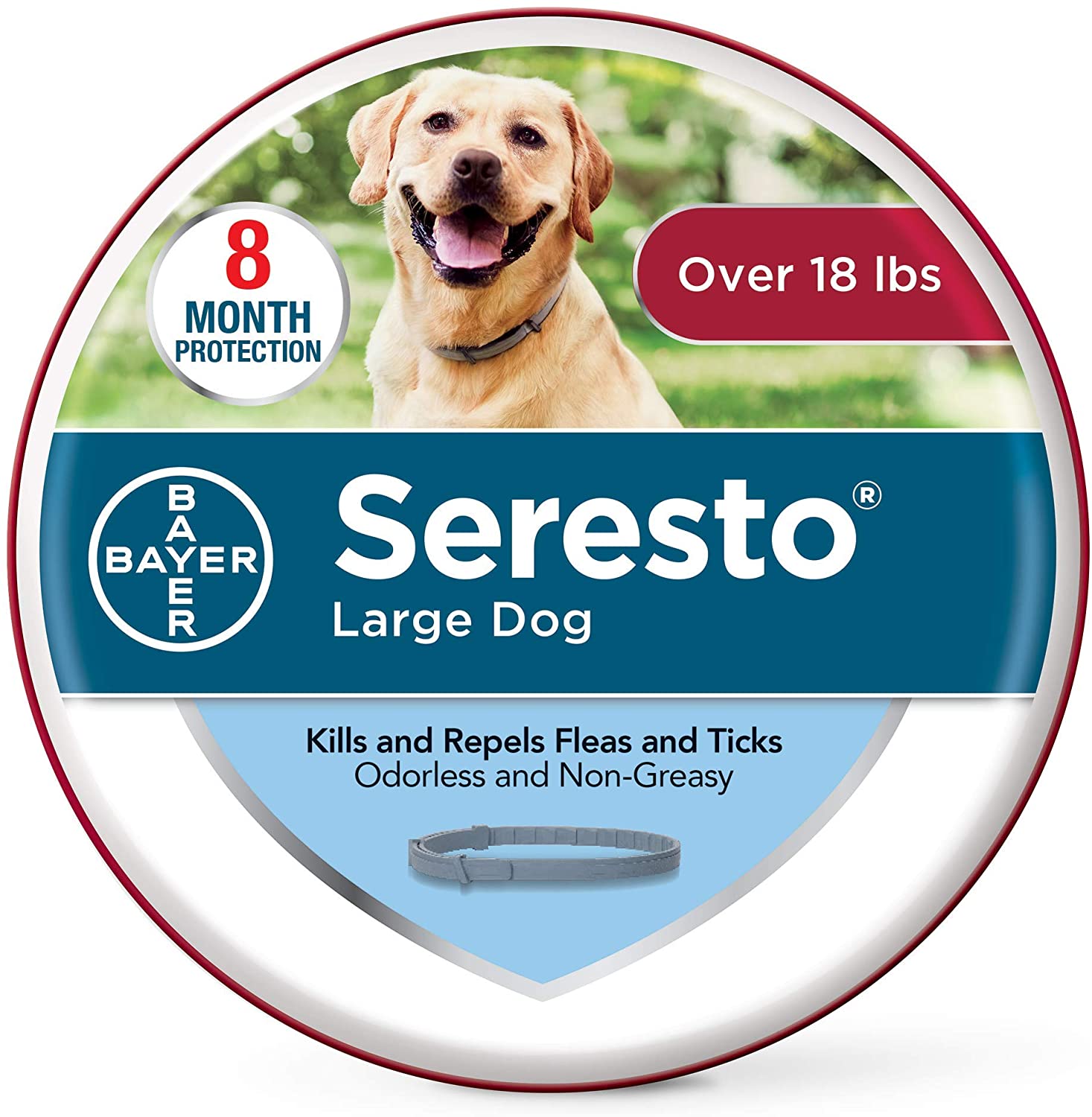 Shocking information and unanswered questions regarding Seresto flea and tick collars, as the product is reportedly linked to 1,700 pet deaths, approximately 11,500 moderate and major injuries involving pets, and over 900 incidents in which humans were harmed.

The Seresto collar is the top-selling product of its kind and is available for both dogs and cats. The collar does effectively kill and repels fleas and ticks by releasing pesticides onto the hair and skin of the animal wearing it.

The two active chemicals in the Seresto collar are called imidacloprid and flumethrin; they are neurotoxins.

According to reports, acute exposure to these chemicals can cause dizziness, apathy, locomotor effects, labored breathing, and death, along with other undesirable symptoms such as degenerative changes in the testes, thymus, bone marrow and pancreas. Long-term exposure to lower doses is associated with reproductive toxicity, developmental retardation, and neurobehavioral deficits. Ingestion of these chemicals, even at low levels of exposure, is dangerous to pet and human health.

The U.S. Environmental Protection Agency released documents showing that the agency has received more than 75,000 complaints in the past just over eight years regarding injuries caused by the collar. However, I ask why it took eight years to release to the public (only after investigative reporters learned the truth), and the EPA had little choice except to now release this information.

It’s likely that even more pets and perhaps people were impacted but never reported.

Seresto was developed by Bayer Animal Health and now sold by Elanco Animal Health, which denies that the collars cause serious effects.  To date, there is nothing on the Elanco website regarding this issue, and no voluntary recall, despite the fact that U.S. Congressman Raja Krishnamoorthi (D-IL) is suggesting a temporary voluntary recall to further study the situation. Elanco does say this in a press release, Since its initial U.S. Environmental Protection Agency (EPA) registration in 2012, more than 25 million Seresto collars have protected dogs and cats in the U.S. from fleas and ticks. In that time period, the incident report rate for all adverse events related to Seresto in the U.S. has been below 0.3%. Furthermore, the significant majority of these incidents relate to non-serious effects, such as dermatologic application site issues.

“There is no medical or scientific basis to initiate a recall of Seresto collars and we are disappointed this is causing confusion and unfounded fear for pet owners trying to protect their pets from fleas and ticks,” said Dr. Tony Rumschlag, senior director for Technical Consultants at Elanco. “The recent media reports were based on raw data and cannot be used to draw conclusions on what may have actually caused the issues. It is critically important to understand that a report is not an indication of cause…if a dog were to be wearing a collar and experienced any sort of health issue, the collar would be mentioned in the resulting report as required, even if the collar was very obviously not the source of the issue. In most cases, further investigation and assessment are required to determine cause, often a veterinary exam, laboratory diagnostics, or necropsy, as appropriate. Data are continuously monitored for signals or trends. Thorough investigation of available data has shown no established link between exposure to the active ingredients in Seresto and pet deaths. Taking drastic action such as a recall results in unjustified worry and confusion that may increase pet exposure to disease carrying parasites like fleas and ticks.”

In defense – in part anyway – the product implicated most often may actually be counterfeit product sold online and even in big box stores. But getting to the bottom of this issue by creating a recall makes sense and demonstrates transparency.