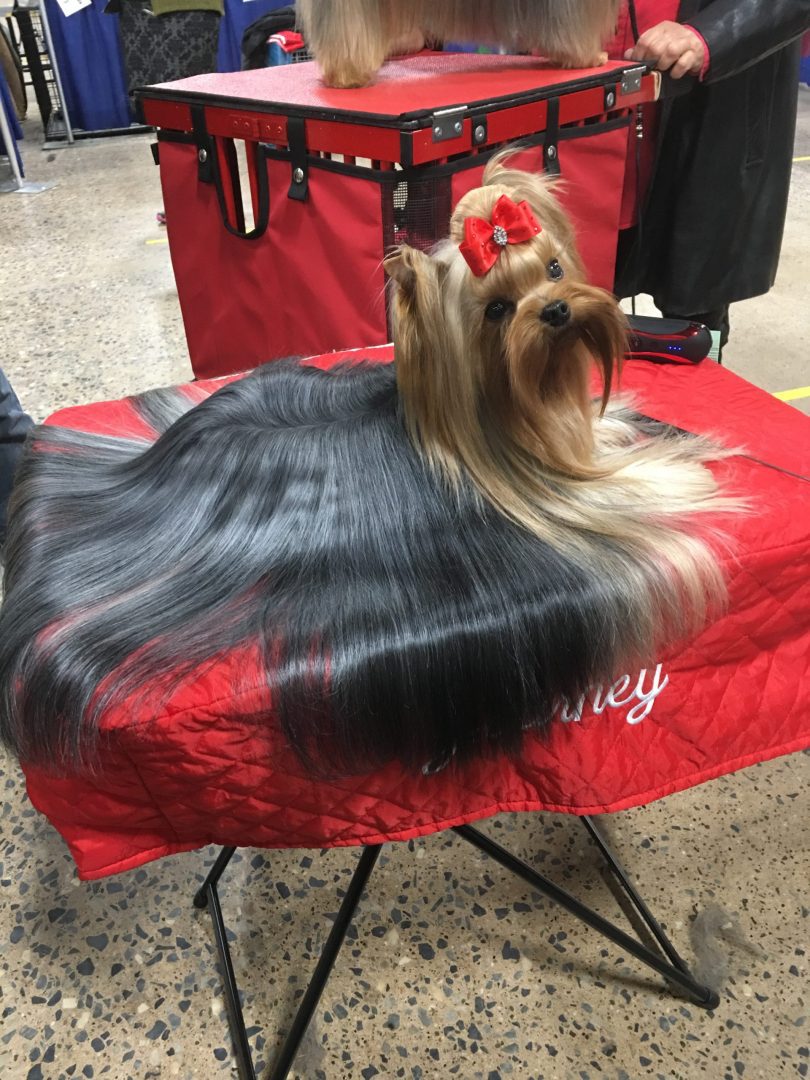 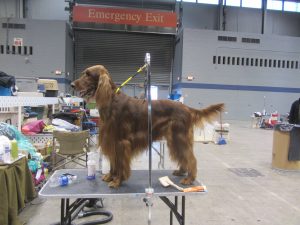 A: Great question and a complicated one to answer. Show dogs are bred specifically for conformation, to have a certain “look” which falls into the description of the breed standard, as described by the American Kennel Club (and described in The New Complete Dog Book, 23rd Edition: Official Breed Standards and Profiles for Over 200 Breeds published by the AKC).

Responsible breeders do present their dogs at dog shows – and while this may be debated – the theory is that breeders work to improve the breed’s physical attributes which each subsequent litter.

However, you don’t win dog shows by demonstrating a Scottish Terrier’s tenacity – in fact, potentially it’s how a dog gets booted out of the show. Anatolian Shepherds were bred to think on their own and protect flocks in doing so, a skill never seen in a dog show. The Scotty and Anatolian Shepherds, and all AKC show dogs are bred to conform to the breed standard, to partake in a canine beauty pageant.

However, by breeding for looks or conformation alone two issues may result. 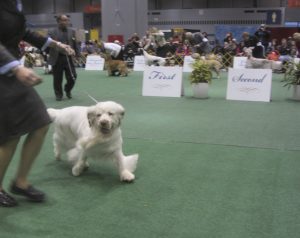 Having said this, there are many dogs (some breeds more than others) where breeders may show the dog but also take time to partake in what the dog has been bred for. For example, a Brittany may be in                the show ring some weekends, but in the field retrieving waterfowl other weekends. Having said that, some Brittany dogs today must be taught to retrieve or may be fearful of water.

Regular dogs, as you say – or purebred dogs sold as pets might have a different line. For example, among Australian Shepherds and Border Collies, there are working dog lines and separate pet lines. The working dogs retain their hard-wire drive and are active dogs preferring work. Breeders may also breed pet lines, and those Australian Shepherds and Border Collies aren’t as intense, and are generally better suited as pets in many families.

There are many examples of this. Some Golden Retrievers are laid back and ideally suited to hang out with the family, and will play fetch, but don’t “need to” as many have no descendants who worked the field. Oher Goldens are born to retrieve, and likely come from a long line of dogs who did just that.

In the wrong home – such as a Golden puppy who’s lineage were working dogs – being paired with 80 year old’s may not go so well. Their geriatric owners may have had a preexisting image of what Golden Retrievers are supposed to be, or perhaps had previous Golden’s bred from pet lines.

While breed genetics and potentially thousands of years of breeding still matter, what matters even more are the genetics of the direct descendants.