Snakes Rule in a Chicago Neighborhood 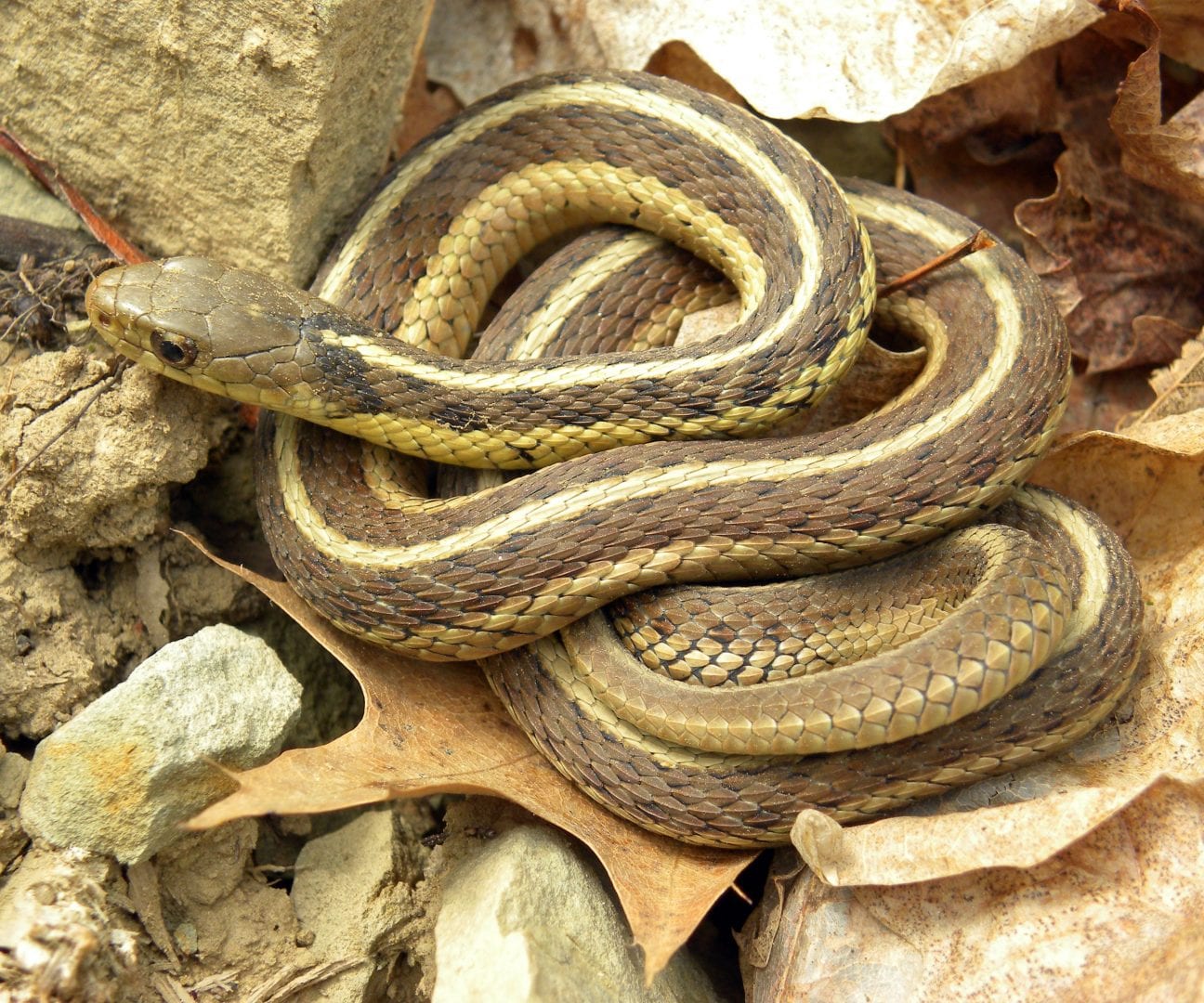 Whatever happened to that old adage, “Neither snow nor rain nor heat nor gloom of night stays these couriers from the swift completion of  their appointed rounds.”

In Rogers Park, an urban north side Chicago neighborhood, there’s what some are calling an infestation of garter snakes. And some postal carriers are refusing to deliver the mail because of the snakes.

Experts question the part about an infestation, but there do seem to be more garter snakes than usual in the hood. 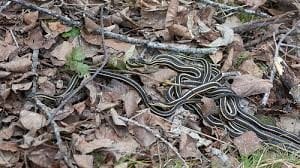 Garter snakes are among the most common snakes in North America, with a range spanning from Canada to Florida. Sometimes kept as pets, some species do possess a mild neurotoxic venom which is not dangerous to people.

Garter snakes are typically about two-feet to three-feet long, though these slender snakes may be longer as mature adults.

Garter snakes are carnivorous – what they eat depends on what they can find, and also the snake’s individual size. The snakes will eat insects, earthworm, frogs, mice, baby bunnies and young rats.

According to Doug Wechsler, a wildlife biologist at the Academy of Natural Sciences of Drexel University in Philadelphia and author of “Garter Snakes” (Powerkids, 2001), their stripes resemble garters men used to wear to hold up their socks. Garter snakes are sometimes erroneously called “garden snakes,” though they are most often found in gardens.

Mark Reynolds, spokesman for the Postal Service’s Chicago district, reportedly said mail carriers have the right to determine if an environment is unsafe and, if so, they are not forced to deliver mail to that area.

Ophiophobia is an irrational fear of snakes. It is irrational in this case, as garter snakes are fearful of people, and generally fearful of being exposed in an open area anywhere as that exposes them to birds of prey, raccoon, and larger rats – all may dine on the snakes. Of course, postal carriers have nothing to be worried about. These snakes can do nothing to them, even if they want to – and they rarely have junk mail delivered to them.

Snakes on a sidewalk or snakes in a garden –  doesn’t exactly seem to be like snakes on a plane; after all, mail carriers could walk around them.

Again, most of the time, garter snakes are hiding and they don’t chase people.

Attention to Chicago Mayor Rahm Emanuel: You express concern about  Chicago’s burgeoning rat population: The snakes can play a role in rat control.

BRING ON THE SNAKES!