SPCA Puerto Vallarta dispels myths instantly about substandard animal shelter conditions in Mexico. In fact, this place is more than your run of the mill shelter – it’s a no-kill animal sanctuary. 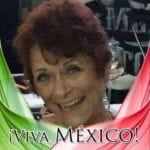 In this WGN Plus Podcast, Steve Dale’s Other World, I speak HERE with Janice Gonzalez of the SPCA Puerto Vallarta.

Often times, they rescue dogs in the most dire need – not only your run-the-mill Puerto Vallarta street dog, but dogs who may have been hit by a car or dogs who are riddled with illness. Veterinary care and TLC nurses them back to health. In fact, one job description is “cuddler.”  Some dogs never totally recover, perhaps a three legged dog or a dog with nerve damage (even paralyzed), or a dog with a congenital illness – those dogs may be adopted (albeit it may take more time), or not adopted – but they will always be kept safe at the sanctuary. At times, the sanctuary even serves as a hospice. 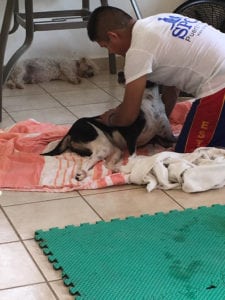 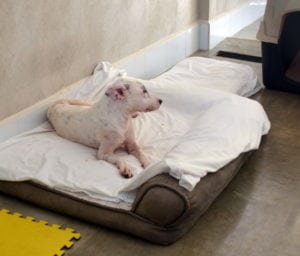 Holly, a this point, on her way to recovery

We could talk about dozens of dogs who offer a similar story to Holly’s.

Gonzalez recalls that Holly had been tied up with wire. And her the marks of where the wire was imbedded created a wound. Holly had tetanus and also at the same time tick disease. Holly was nursed back to health, and adopted into a home a Canada – not even recognizable as the same dog she was.

Gonzalez says the sanctuary offers the best possible living conditions and medical care for their dogs. Still, though, they can’t do it alone, not without financial support.

The SPCA Puerto Vallarta has not only saved animals, the organization has also affected culture change in the region.

SPCAPV@gmail.com – if you want to set up a tour of the Sanctuary.

Read about the history of the SPCA Puerto Vallarta