Standing Up to Animal Abuse Would Have Stopped Mass Shooters 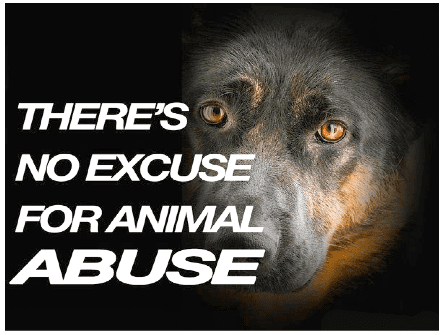 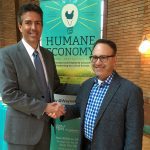 Enough already –  animal abuse is a clear warning that something bad will likely happen regarding violence to people. Discussing what law enforcement and psychology experts refer to as the Link with Wayne Pacelle,  president of Animal Wellness Action.

LISTEN HERE to a detailed discussion as we explain what is KNOWN about the Link on Steve Dale’s Pet World, WGN Radio.

When an individual outrightly abuses an animal what follows may be domestic violence, or another form violence – including gun violence. Many mass murders might be avoided if those individuals animal abuse was dealt with and action taken. After the mass shootings in Uvalde, TX and Buffalo, NY it was revealed that in both instances the murders had been allegedly guilty of animal abuse. And as Pacelle says this was easy to determine as those horrific abusive exploits were displayed in social media.

Pacelle explains simply and accurately, animal abuse is “the reddest of red flags.” We KNOW animal abuse is a bipartisan issue, or at least it should be. And what’s more, coincidentally a bill was already in the works to give law enforcement resources to deal with alleged animal abuse. If this bill called the Animal Cruelty Enforcement Act, H.R. 1016 had already been law, both the mass shootings in Uvalde and Buffalo likely would never have happened. That is just how significant this issue is, imagine all those lives saved. Please contact your U.S. Senator to support the Animal Cruelty Enforcement Act.

Animal abuse needs to be reported – law enforcement then needs attention, and on a Federal level. I suggest, in addition, when parents or caretakers are aware of animal abuse and if they do not report the abuse, those adults need to be held legally culpable.

Super Rats Trained to Save People

Hero super rats with backpacks, which I previously talked about with John Landecker.