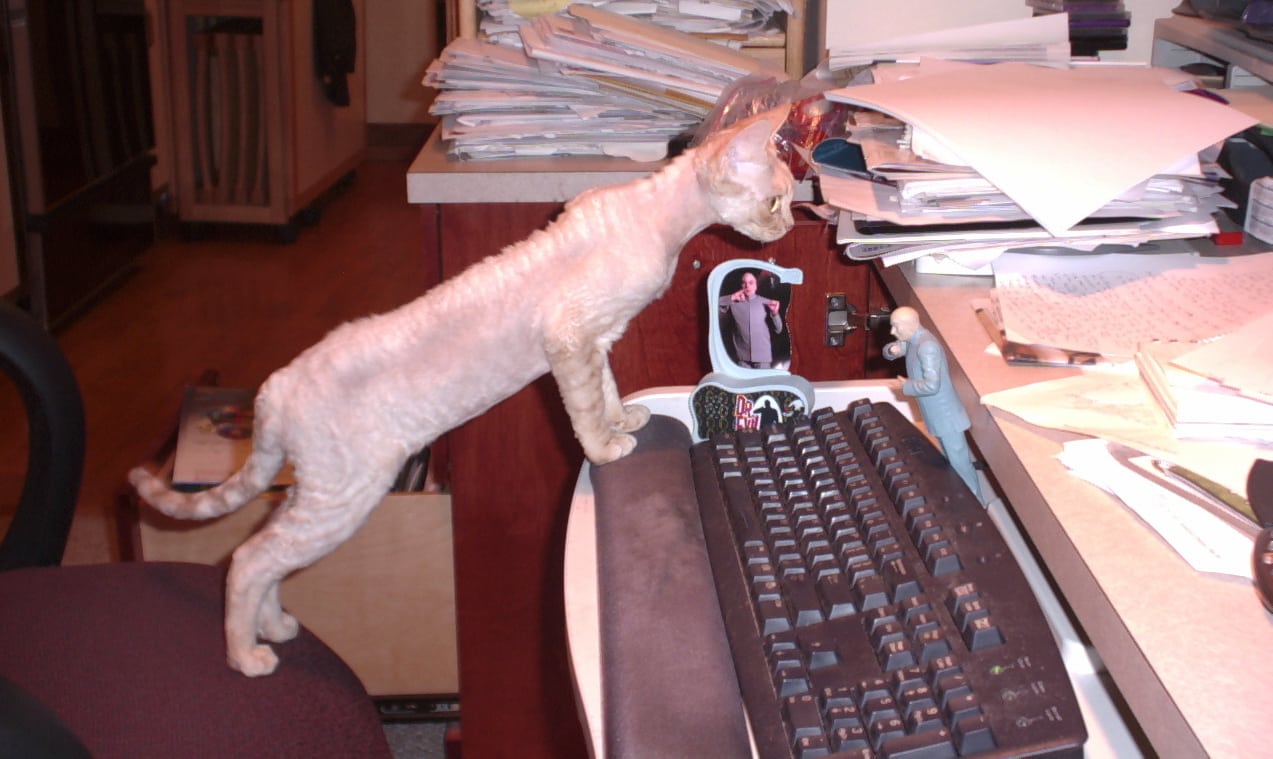 This is it! You are reading Steve Dale blog post number 5,000.

I began writing this blog in January, 2005. According to my math, I have averaged around 7.1 posts per week.  That’s a lot of content!

When I began to blog, writing blogs was considered the wild west. If you wrote a blog, you weren’t then considered a real journalist. How that has changed.

From the beginning, I didn’t much care about those perceptions, I saw several values of blogging, including immediacy and how social media involves interaction with millions (yes, I’ve reached many millions) of others who love pets.

One issue that remains, however, is that anyone can say anything in a blog. And many blog authors continue to fill their space with misinformation, sometimes not presented as opinion but instead forwarded as fact when it is not fact.

All in all, for better or worse, blogs have forced newspapers to change. Today, newspapers often publish online before a story actually appears in print. A considerable number of newspapers have not been able to keep pace, and publish less often or have gone out of business all together (for various reasons). And the “news cycle” has changed, as stories are ‘out there’ much faster. Right, wrong, good or bad, blogs today have more readers and far more influence than newspapers.

Being a pet writer, I should have “scoops,” and I’ve had many; just a few of many examples of how I’ve been able to use the immediacy of my blog:

There was a dog at Montrose Dog Beach in Chicago several years back who fatally attacked another dog and then “got away.” By publishing an image in my blog of the dog and owner responsible, the perpetrator was discovered. Also, I was the first to announce that researchers figured out that the dog flu that arrived in Chicago in 2015 was a strain not previously seen in America, called H3N2. Similarly, was the first to write about the very recent H3N2 dog flu outbreak in New York City.

My blogs have been personal too, from the loss of a dog who changed my life, named Chaser, to the death of our beloved dog, Lucy. Also, I was honest about the greatest disappointment of my career  – feeling forced to depart the Board of a cat shelter that I cared so much about and gave so much to for so many years that was intent on doing all sort of things beyond my ethics and their mission as I knew it. But then with great exhilaration, I wrote about topics and showed images of our trip to Rwanda to meet mountain gorillas face to face.

Using my blog for good makes me happy, such as raising money for the Winn Feline Foundation Ricky Fund to support studies for ultimately treating the most common heart disease in cats (feline hypertrophic cardiomyopathy).

Most important and gratifying is when I hear from you – that my advice or advice offered in a video with an expert on a specific topic has actually saved a pet’s life. Hundreds of videos have appeared in my blog on a myriad of topics, from veterinary behaviorists talking about dog behavior in conjunction with the book Decoding Your Dog (which I edited) to a recent fun video with the message that despite what some TV commercials suggests, dogs are decidedly not wolves. I’ve interview leaders in animal and veterinary medicine on topics as wide ranging as feline infectious peritonitis (FIP) to tick diseases.

Thousands of people (and not sure how many pets)  – and I hope that includes you – from over 15 nations who have signed up for my blog updates/newsletter.

Most of all the purpose of this blog is to say “thank you” for your support! And as I frequently say, “Love your pets and they will love you.”

And now for the official announcement (yup, I buried the lead)….soon my blog will get a refresh, and include even more content with further details coming soon.