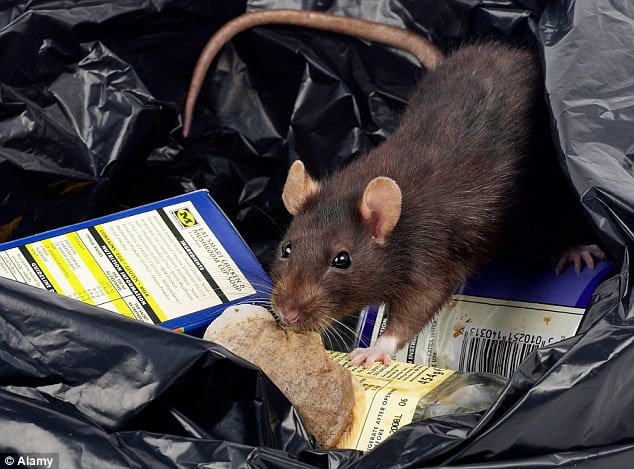 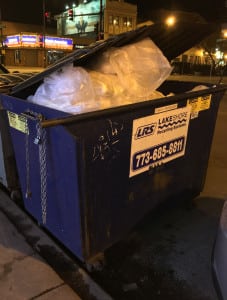 Making it too easy

Rats have thrived for eons, and may continue to long past humans are around just because they are pretty smart, and very adaptable. Rats will eat just about everything. Having said that, even rats have their preferences.

It’s turns out that, though rats will eat dog feces, they need to be pretty hungry in order to do that. Steve Sullivan, senior curator of Urban Ecology at the Peggy Notebaert Nature Museum says he’s never seen a peer reviewed study to confirm that rats relish dog feces. And he agrees with what I’ve been saying for years, “Rats mostly have many more meal choices in major cities – and dog poop is not near the top of the list.”

I bring all this up because, I was quoted at a Chicago City Hall Health Committee meeting Thursday May 12. While some Aldermen on the committee cheered an ordinance proposing that if dog poop isn’t picked up in private back yards homeowners should be fined of $50 to $500. I was quoted in DNA Info as a “local radio host:”

Well, the evidence isn’t anecdotal, it’s fact. Documentation on what Norway rats eat doesn’t even include dog feces on the list.

As I’ve previously written, rats indeed prefer our own food, and trash cans are a primary source. Rats are pro’s at dumpster diving, and this fact isn’t a news headline.

Trash cans in Chicago may not be closed, may not have covers to close in the first place, or people may place their trash in plastic bags (more than simple to tear through), and not place the bags in metal cans but instead next to them. And the heavy plastic lids on trash cans – even if they are closed – can be chewed through. If the city really wanted to do something about rats – they would somehow begin to change the way we dispose of trash. Instead of fines for not picking up after Fido on their own property, how about fines for tossing trash into the alley in a bag next to the can. Some people even randomly toss garbage in the park or an alley (there are currently laws against this, though rarely enforced).  And some oddballs even feed the rats on purpose (now, that should be illegal).

The Alderman quoted me correctly, rats do very much crave berries and bird seed. 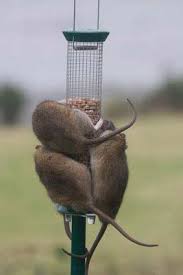 Rats really like berries that fall from trees and bid seed

Lead sponsor of the proposed ordinance to fine people for not picking up dog poop in their own yards,  Ald. Carlos Ramirez-Rosa (35th ward) granted that, rats entirely aside, the measure originally grew out of a “problem resident” in his ward who let dog dirt pile up in his backyard until neighbors were reluctant to open their windows.

Fair enough – something should be available to enforce for irresponsible neighbors. And dog poop should be picked up. But then regarding enforcement, how many piles of poop is too much? If the poop is in the yard for two days is that acceptable? How about two weeks? Not sure how a law like this can really be enforced anyway…at what point is the smell an issue? Does that depend on how good the nose is on whoever comes out from Streets and Sanitation.

The truth, though, is that if every piece of dog poo in the City was magically disposed of overnight – rats numbers would not be impacted one bit.

Josie Cruz, of the Department of Streets and Sanitation’s Bureau of Rodent Control, testified otherwise. “They (rats) will eat that dog feces,” Cruz said, insisting that in some areas of the city “that has become the No. 1 food source” for rats. 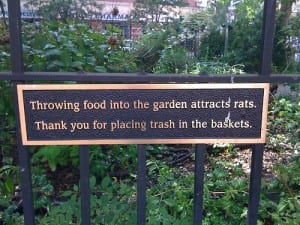 Well, if that is the case Mr. Cruz – that means there’s an over-abundance of rats caused by various other factors (most food sources described above) and while some rats continue to dumpster dive, there are so many that others can’t compete there and do then seek other sources of protein, which is where dog poop comes in. The only other scenario is that dog poop is the sole food source, which seems highly unlikely. In fact, one study indicates when rat meal options decline, rats may practice infanticide on other families, or even their own before opting to dog feces.

So, what’s the problem anyway with the proposal to mandate that people pick up in their own yards or be fined?

If the over-burdened police or animal control aren’t required to enforce, I suppose it’s not too much of a ridiculous distraction for the Department of Streets and Sanitation.

However, don’t be fooled that this move will impact rats numbers at all. Besides, we don’t have a City filled with people not picking up in their own yards. That is not the dog poop problem. However, there is a problem of people not scooping the poop in public areas, from walkways to city parks. And this isn’t being addressed, and it should be. This is somewhat of a health concern, and a “beautification” concern (no one likes steeping in poop) but has nothing to do with rats.

Mayor Rahm Emanuel, who joined Ramirez-Rosa in sponsoring the ordinance amendment, has called the rat issue “a real problem.” Fair enough.  However, if the City’s sole response is complaint driven, and only then baiting (as suggested), the success with not be significant.

Baiting works only to an extent. It’s been shown that rats can learn to smell the bait on others and learn not to touch it.

Dealing with rats successfully requires more than bating. A part of the problem is that rats have few natural predators, such as owls. Other birds of prey are out during the day, when rats are mostly sleeping and hiding. We can help produce a threat with the  Tree House Humane Society Working Cats Project , which relocates the feral cats (spay/neutered and vaccinated for rabies – and outside anyway) to where rats are a particular problem. The cats move in, and the rats move out, fast.

Everything I say here is true, and people, like Sullivan, who know far more about rats concur – the approach to defeat the rats has be multimodal implementing various tactics, and based on fact not fiction.