Here’s a quiz: Who has the timing of Jack Benny and the interview skills of Johnny Carson and the acting chops of Cary Grant. Of course, the only possible answer is Rich Little. HEAR my conversation on Steve Dale’s Other World, WGN Radio with this entertainment legend.

Little hosted The Tonight Show with Johnny Carson 32 times, and he was a guest more than that. But then suddenly he was “black-listed” from the show. What happened? I asked him about it.

He explains why he isn’t doing President Trump, and describes his new Joe Biden impression, and you can hear a bit of it. 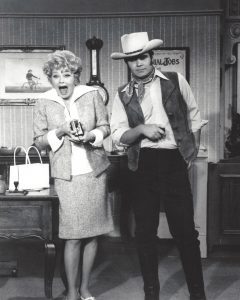 Who has gotten insulted by his impressions, thinking it’s not the sincerest form of flattery.

We reminisce about Hollywood Squares and how the show could be done virtually today.  And he takes us behind-the-scenes. He also takes us behind-the-curtain of the Dean Martin Roasts. Did Dean Martin really drink as much people said. And we did a quick round of “tell me what that celebrity was really like,” as I throw out names ranging from President Ronald Reagan to Truman Capote.

Little’s show, creatively called, Rich Little Live, a new autobiographical one-man continues at the Tropicana in Las Vegas – and explains how that is being done safely. He may be the only headliner currently on the strip. Little, of course, doesn’t need to do this – but entertaining is clearly a fundamental part of his being. Learn more about his one man show, HERE.