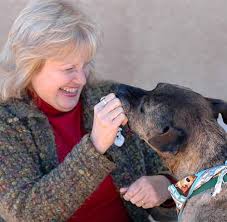 Enough is enough – the senseless breed discrimination by insurance companies when people seek homeowner’s insurance. I talk with Ledy VanKavage, senior legislative attorney for Best Friends Animal Society on my national Steve Dale’s Pet World radio show. VanKavage explains what happens: Nearly all insurance companies discriminate based on the presumed dog breed (which may not be correct in the first place), and their rules vary from state to state. So one company may ban Akita’s from their homeowner’s coverage in one state and in an adjoining state have no issue whatsoever with the same breed.  How can that make any sense?  And all this varies from insurance company to insurance company.

So, insurance company A may ban or charge more for Akita’s or even, according to VanKavage, a Welsh Corgi. Where other companies may have no issue with that breed. If the data existed about a breed or various breeds being dangerous, the cost hike or no insure policy for any particular “dangerous breed” would be across the board, which it is not.

States are seeking legislation to prevent this breed discrimination. And VanKavage suggests racial bias may even come into play here.