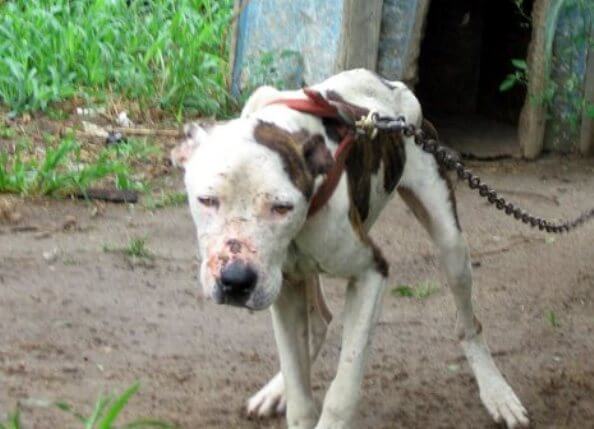 Following a viral post I authored supporting the notion at former NFL quarterback and convicted felon Michael Vick doesn’t merit being the ceremonial National Football League Pro Bowl Captain, I did receive some push back. Being that my social media is followed and liked greatly by animal lovers, it’s no surprise that overwhelmingly most people who follow me agree with my viewpoint about the one-time dog fighter.

Over a million individuals signing several petitions starting with the change.org petition with other petitions following. The volume of online posts and signatures demonstrates the real groundswell of individuals who oppose Vick being a Pro Bowl captain. Having sad that, I did receive several opposition comments which I will now address.

This is racist. If Vick was white, he would be welcomed back to partake in the Pro Bowl, and would long ago have been forgiven.

What Vick did is real, having a direct hand, sometimes horrifically torturing dogs himself; overseeing the dog fighting ring – which at least dozens of dogs died – and even using pet dogs for fighting dogs to “practice” on for amusement. There were also drugs involved, and Vick lied to investigators (as well as the public) until he was foiled with a polygraph test and various witnesses as well as other proof.

These are felony offenses. Due to Vick’s celebrity status and his financial resource he was able to plea bargain for the lesser felony of racketeering. He never did serve time for the greater offense of dog fighting though there was never any question about his participation regarding dog fighting.

Vick’s ethnic background, hair or eye color, race, football team he played for – none of this or anything else has anything to do with he did. 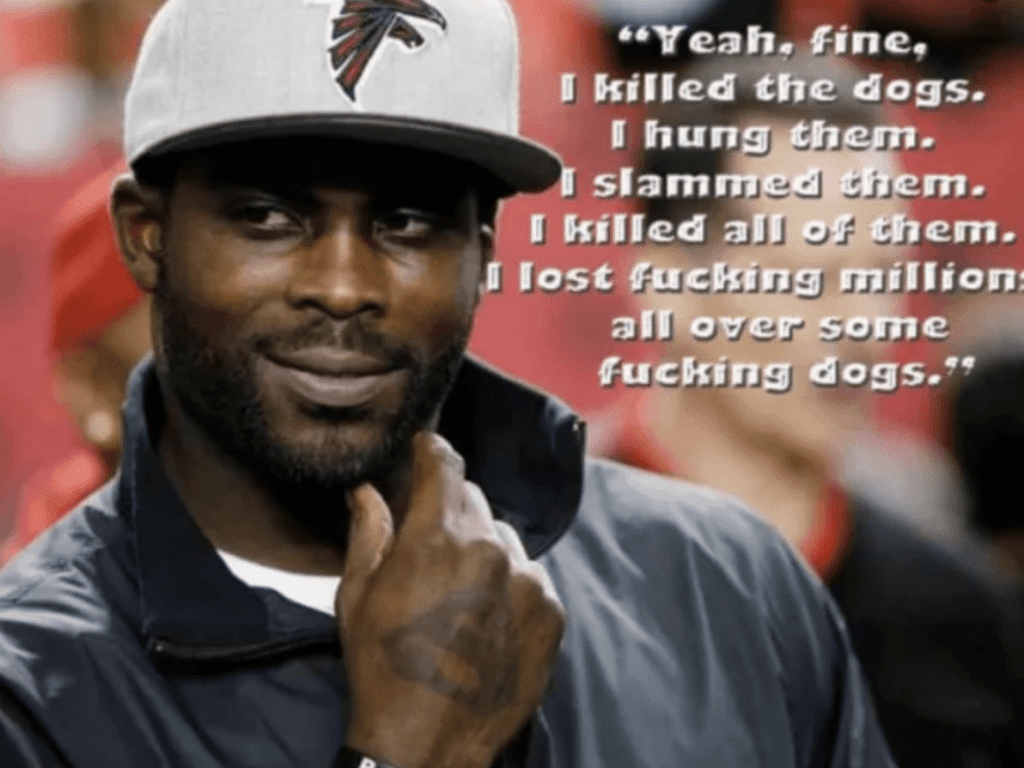 This is only about Vick’s actions, even lying about those actions, nothing else. Arguably, not his race, but his status actually worked to his benefit.

Michael Vick paid his dues to society by serving jail time. Why is he still continued to be punished? Just leave him alone.

I suggest Vick got off relatively easy. Vick, then an Atlanta Falcons superstar quarterback, was to serve a 23-month sentence and an indefinite suspension from the NFL. After about 18 months, Vick was released from Federal prison in Leavenworth, Kansas to spend the final months of his sentence confined to his luxury home in Virginia.

No matter, he did serve time – you are right. I agree, leave him alone. I am fine with that. But the NFL placing Vick into the spotlight and on a pedestal (I suspect Vick lobbied for)  – which others more deservedly could stand on – is an odd and inappropriate choice. 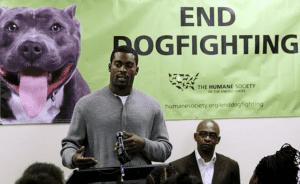 Vick spoke about not to choose dog fighting, and to be kind to animals. But he never spoke directly specifically about his own violent crimes

Following jail Vick joined then Humane Society of the United States (HSUS) CEO Wayne Pacelle on “tour” to speak about why dog fighting is not a choice young people should make. His message was to take their lives into their own hands. Having said that, Vick continued to blame the environment which he grew up for fighting dogs. Certainly, a good idea for Vick to speak with potentially at-risk youth, which the courts and the NFL directed and appreciated. Was this all about resurrecting Vick’s image? It turns out that may have been the case, as NFL Commissioner Roger Goodell did an about-face and allowed Vick to return to the NFL for several years, before he retired to become a broadcaster for Fox Sports.

The NFL minimum salary is $480,000, and I suspect Fox Sports offers a nice salary to Vick. My point is that Vick is likely not financially suffering. Who’s continuing to punish Vick? People who watch Vick on Fox make their own choice. If you don’t like him, turn off the TV. But now, Goodell and the NFL are elevating Vick on to a pedestal, offering him a reward which I argue others deserve far more, and calling him captain suggests his an an example to follow.

The Humane Society of the United States loves Vick; he’s been on the Board. He eventually even got a dog; he’s now an animal lover. People change. 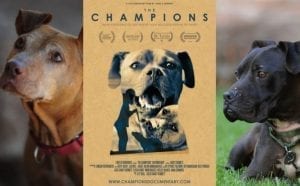 A Best Friends documentary about the fate of the Vick dogs, most of which is good news – demonstrating just how forgiving dogs can be, some were even therapy dogs

Absolutely people do change. However, Vick’s “tour” with HSUS was strictly business, as mentioned about resurrecting Vick’s tainted image and for fundraising for the non-profit HSUS. While Vick did talk about the consequences of dog fighting, he didn’t talk openly about what he did. He’s never expressed personal remorse.

The events with Vick and Pacelle of the HSUS were more well-choreographed than any ballet. Those in the crowd or the media were never allowed to ask questions.

When the agreement and tour with the HSUS ended, it ended. Vick never did serve on the HSUS Board of Directors. I can’t say – as I have no clue – about whether or not he has donated to the non-profit.

The pet-loving world was shocked when Vick got a dog a short time after being released from prison. The courts reversed their initial order to never allow Vick to have a dog. A few years later, he purchased a second dog, a Belgian Malinois. 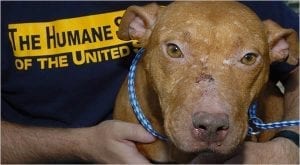 At the time of getting his first dog, Michael Vick released this statement: “I understand the strong emotions by some people about our family’s decision to care for a pet,” Vick said in a statement. “As a father, it is important to make sure my children develop a healthy relationship with animals. I want to ensure that my children establish a loving bond and treat all of God’s creatures with kindness and respect. Our pet is well cared for and loved as a member of our family.”

If you have any doubts about the brutality of what Michael Vick did personally, here’s the United States Department of Agriculture report that Vick personally drowned, slammed, and hanged defenseless dogs to death. Not only are these actions unthinkably horrific, they are violent and a felony….We also KNOW when people are indiscriminately this violent to defenseless animals, they are likely involved in other crimes, and will at some point commit violent actions against people. Animal abuse isn’t only about animals. By aggressively and appropriately prosecuting animal violence we are more than doing the right thing to protect animals, we are protecting one another.