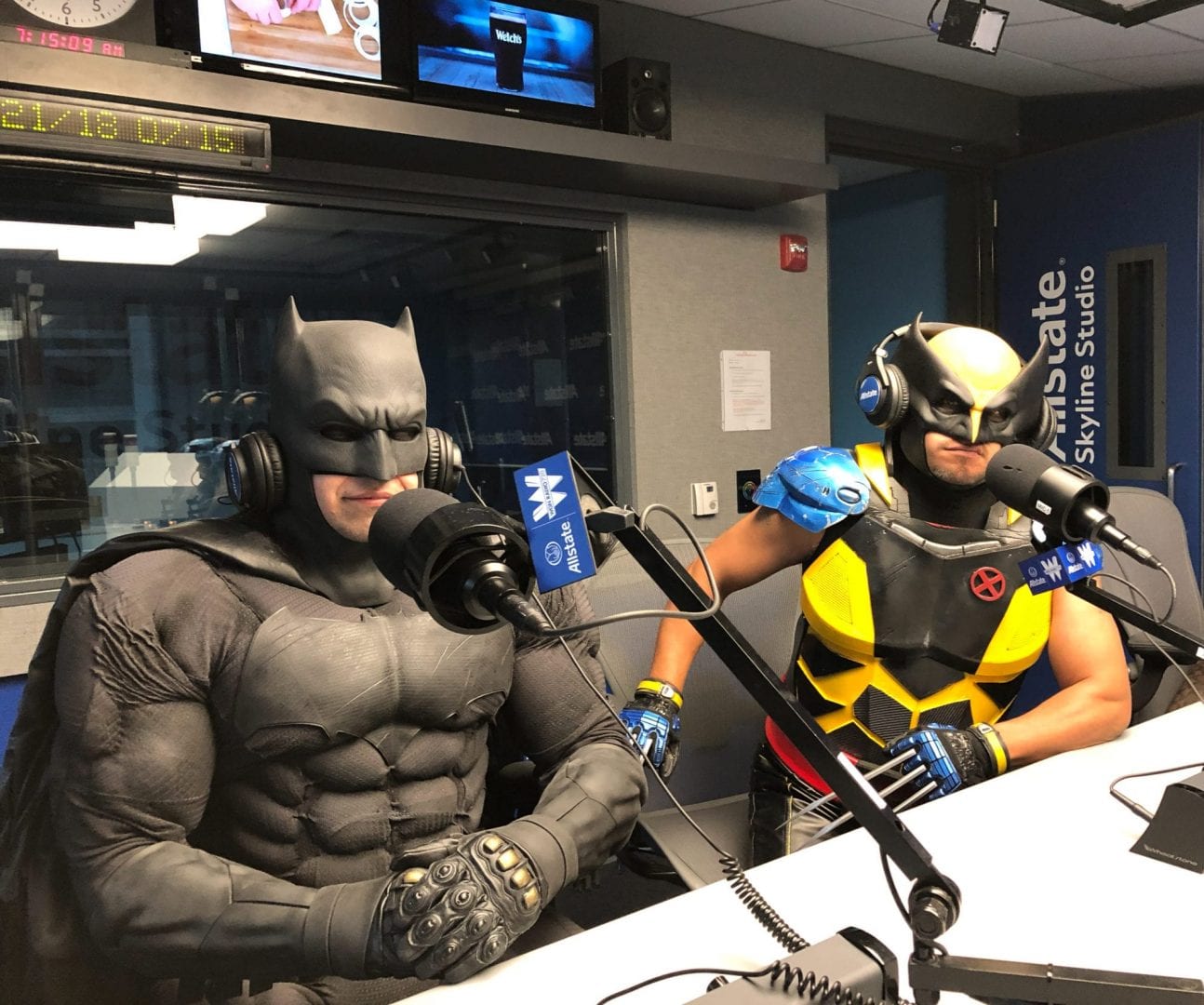 The Super Heroes talk about Pet Gotcha Day Heroes to the Rescue which will raise money for pet rescues, November 3, 3 to 7 p.m. at 115 Bourbon Street, located at 3359 West 115th Street in Marionette Park, IL 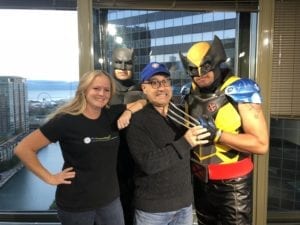 Pet Gotcha Day is a non profit which uses videos to show homeless pets at their best in an effort to find forever homes.

Wolverine says he has no pet at home. Batman has a dog breed only known in the ‘bat world,’ called a Labradoria.

Pet Gotcha Day! will also be celebrating and honoring more real every day heroes, our best teachers. Both Crystal Broccardo and Pet Gotcha Day and myself agree teachers are real heroes – and even Batman and Wolverine can’t argue with that.

Tunes will be spun by DJ Ca$h Era (from WGN radio), a buffet dinner, open bar, snow cones, popcorn, raffle items & more. Special Guest Emcee: WGN’s very own Marcella Raymond. Admission is $10 for adults, and $5 for kids at this very family-friendly event. Get your tickets here.

Batman and Wolverine are from Suburban Party Characters 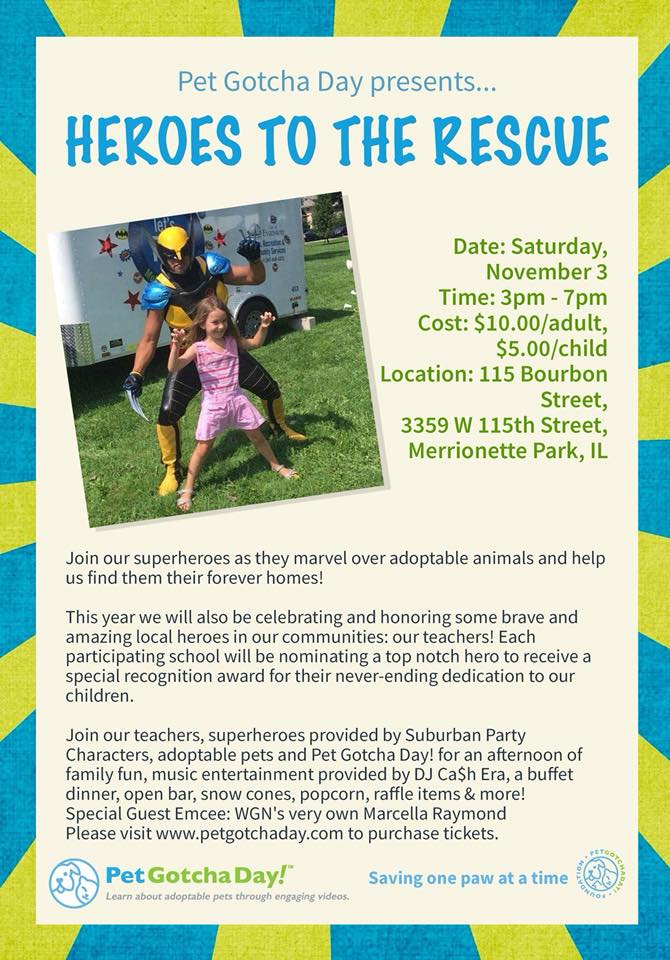