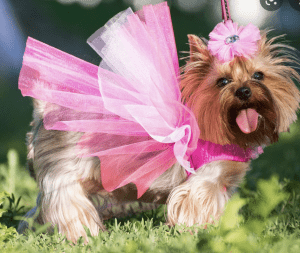 A research study from Study Finds learned that despite a faltering economy two-thirds of Americans claim they will spare no expense when it comes to their best pals with four legs. Of 2,000 dog owners surveyed, four out of five say they intend to continue to pamper their dogs as much as possible.

Three-quarters of respondents consider their dog a member of their family (this number is actually lower than other recent survey, which over 90 percent suggest dogs are family members)., Also, 79 percent want to give their pups everything they need to feel loved.

Eighty percent say it’s important to them that their furry friend looks clean and well-kept, which is probably why more than half of dog owners take their pup to the salon 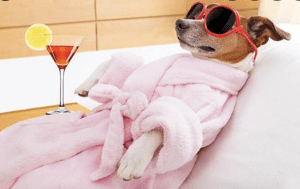 at least five times a year. By comparison, 42 percent of respondents visit their own barbers or hair stylists less often.

Dog parents also love pampering their four-legged companions with “treats and cuddles,” “long walks,” or “new toys.” While 73 percent agree that pampering their dogs is one of the best ways to demonstrate love; a similar number pamper their dog more than they ever thought they would (72 percent). 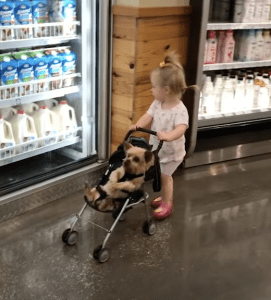 This poll confirms that just over half of all respondents (51 percent) regularly run errands with their best pal. Sometimes those trips are far longer, as 35 percent have dog-friendly vacations.

Two in five seek out restaurants with pet-friendly patios or cafes.

Are they Fur Babies?

Another way dog owners show their pups love is by celebrating their birthdays (57 percent), with new toys (56 percent), a party (52 percent), or a trip to hang out with their doggy friends (49 percent).