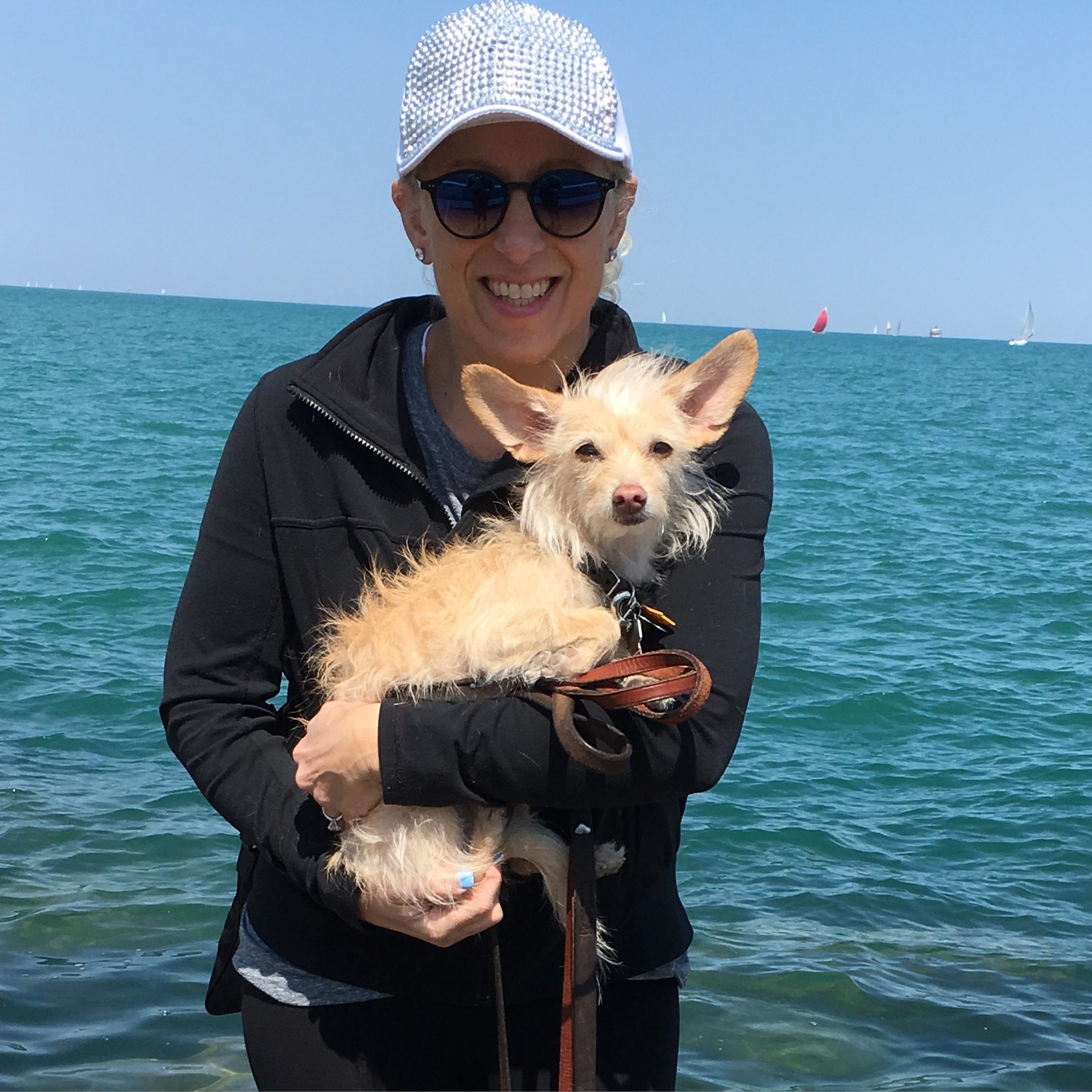 Animal assisted therapy virtually? Clearly, it’s not as touchy feely as in person, but it can be effective.

My wife, Robin, and our dog Hazel are a team with Rainbow Animal Assisted Therapy, based in Chicago. Robin and Hazel have visited several places with Hazel over the past two years, including a Chicago children’s hospital.

The 14-year-old girl in her hospital bed, didn’t allow the session to get very far, as she quickly said, “I know you.”

Robin didn’t quite know what the girl meant. She was talking to Hazel.

It turns out she remembered Hazel from previous, pre-pandemic, in person sessions. She then reached over to pull out her phone. And proudly showed Robin and Hazel a picture, an image of her Aussiepoo. And another picture, and still another.

“I wish I could have my dog here,” she said and she started to tell Robin and Hazel all about her dog. As she talked she became more and more animated. She asked Robin to bring Hazel to see her in person as soon as possible.

And they continued to chat. Questions about Hazel. And there were numerous answers about her own dog to questions Robin didn’t ask.

The little girl’s dad was in the background but waited to say anything.  He said to Robin, “This is why this program is so beneficial,” as he looked as his now smiling daughter. He began to tear up. “Do you know the difference you are making in these young lives?”

At that point, Robin began to tear up as well.

Hazel, however, was unfazed – by now, she had lied down and fallen asleep.

“My daughter being able to interact with dogs has made such a difference. Rainbow is just terrific,” he said.

I concur – but even more terrific are the volunteers at one end of the leash and the four-legged angels on the other end.