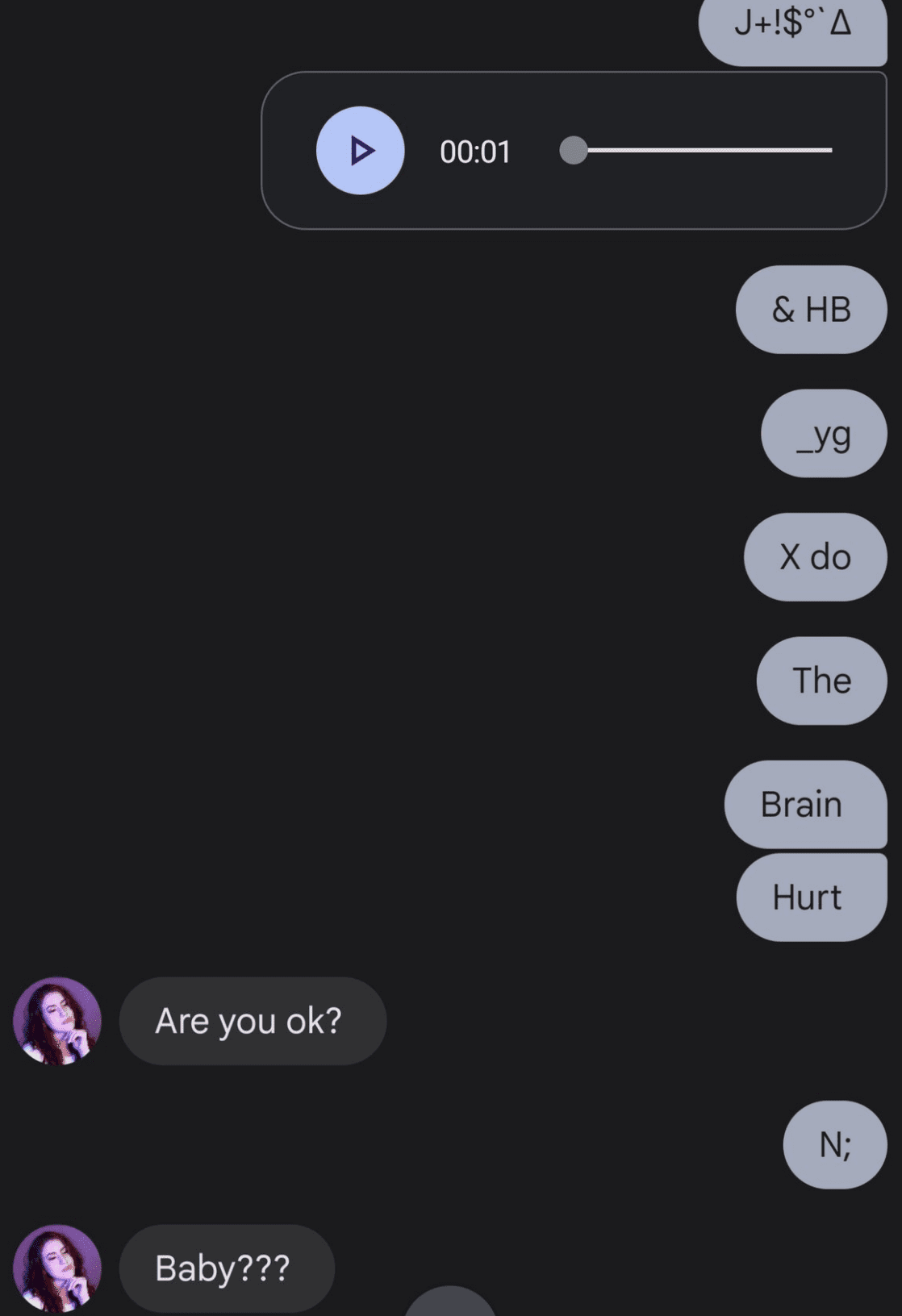 Rosie likes her devices. Rosie happens to be a dog.  Rosie belonged to a Twitter user who goes by the name Rye.

Rye had fallen asleep while texting his fiancée. After a while Rosie took over, at first texting gibberish, even a brief blank audio file. But then added,  “The brain hurt.”

His fiancée, replied, “Are you ok?”

His fiancée had no way to know that Rye had fallen asleep – and was perfectly fine, and that the messages were actually being created by Rosie, a canine.

She understandably became very concerned, and thought Rye was having a stroke. Naturally it never occurred to her that the texts were coming from the dog.

All’s well that ends well when she finally was able to reach Rye.

Rosie is “a cuddler,” she hopped up next to him and settled down right on the phone. How she texted exactly no one will ever know.