Tigers Should NEVER Be Pets

How easy is it to get a permit to own a tiger?

Here’s a crazy trivia question but true: Where are there more tigers than anywhere else on the planet? The answer is Texas. 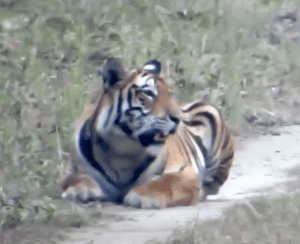 All six tiger subspecies are endangered or critically endangered. According to the World Wildlife Fund, there are about 3,900 tigers in the wild.  According to Chron.com, there are as many as 5,000 tigers in Texas alone, that not to mention another thousand or so kept in other states. These are not tigers in accredited zoos; these are tigers being kept at roadside zoos (such those seen in The Tiger King Netflix series) or kept as “pets.”

U.S. Representative Mike Quigley (5th District, IL) wants to put an end to this dangerous and inhumane practice. Rep. Quigley will explain on my Sunday afternoon Steve Dale’s Other World radio show, this afternoon –  May 16 on WGN Radio, 720 AM or wgnradio.com at 1:30 p.m.CT. 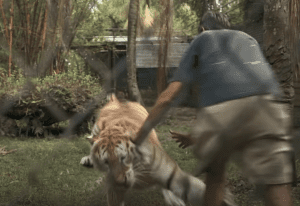 Not only is this crazy notion of owning a tiger (and other big cats) surprisingly common, it’s dangerous. And even for those who do care about meeting the welfare needs of big cats, this simply cannot be accomplished.  And obviously, these tigers are not participating in efforts (which zoos partake internationally) to save the various tiger subspecies. Roadside zoos interbreed with lions (to get “ligers” to please the public) as one example. We criticize places in Thailand where people pet tigers for a selfie, but these places do it right here in the U.S. Is a selfie worth what we do to these animals?

Owning a tiger within Houston, TX city limits is illegal – but there she was – a 9-month old tiger meandering earlier in the week on lawns in a Houston neighborhood.  This is a neighborhood with many children, riding bicycles and rollerblading.  Even a young tiger, like India, would likely have her prey drive kick into high gear if that had happened. Only by pure luck, it did not.  If you didn’t see the video….

The tiger that had been seen wandering around a Houston neighborhood was found. Victor Cuevas, 26, is currently in police custody after he allegedly fled from police with the tiger. Cuevas had previously been out on bond for a separate murder charge from 2017.

Houston Police Department Commander Ron Borza on Saturday identified Georgie “Gia” Cuevas as Cuevas’ wife and India’s owner. Borza said a friend of Gia Cuevas’ tipped off police about the tiger’s location.  And India appears to be physically fine, and will be relocated to a sanctuary. But how sad for the tiger that this happened in the first place. An how lucky that no one (including the tiger) was hurt.

At roadside zoos (which should be banned all together) there are no guidelines, and clearly the animals aren’t typically cared for correctly, and sometimes horrific things happen (as seen in The Tiger King on Netflix).