TNR Attacked Again, Without a Solution The  National Geographic Society supports such excellent work, so I don’t understand how they can print a blog in their Cat Watch section called “TNR is Dangerous to Cats and Other Animals.” The blog was authored by Daphna Nachminovitch, senior vice president of cruelty investigations for the People for the Ethical Treatment of Animals (PETA), which makes what you are about to read predictable but not ethical or factually correct.

There’s no explanation in the story of what TNR (or trap-neuter-return) is. So to begin, let me explain: TNR program volunteers trap individual cats from community cat colonies. The cats are spay/neutered, then returned to the colony, where reproduction ends. They are also vaccinated for rabies (hence the newer term, TNVR—the V is for vaccinate). Where there is no shelter to protect cats from the elements, a shelter is created, and is supplemented with food, since these cats aren’t as inclined to hunt wildlife. Also, kittens already in the colony are hand-reared and adopted out to families. Meanwhile, over time, colony numbers diminish.

Here are small excerpts of Ms. Nachminovitch’s blog post and some of her views followed by mine.

“People who consider themselves ‘cat lovers,’ including proponents of trap-neuter-release (TNR) —programs that sterilize but then abandon domestic cats and so should more aptly be called ‘trap-neuter-abandon.”  She writes about how outdoor cats seek to slither under car engines for warmth in winter and may be cut to shreds as a result, or die of feline leukemia or the feline immunodeficiency virus (FIV). 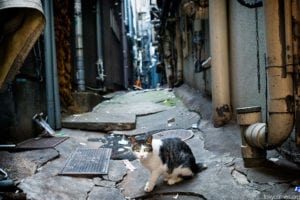 My comment: It’s true that cats can become mangled when seeking out car engines for warmth. Tragically, many of these cats are owned pets, and a reason why I strongly support all owned cats are kept inside only. While this sad fate may happen to some community cats, a part of any TNVR program is to provide shelter. What does the author propose we do with these cats instead? If nothing is done, and volunteer caretakers don’t provide a shelter, aren’t they even more likely to succumb to the elements? You are right about the transmission of feline leukemia and FIV. When delivered to the veterinarian for spay/neuter, obviously ill cats are treated or euthanized (depending on the illness, and extent of the illness).

“PETA’s files are bursting with cases in which cats who were put outdoors without supervision, including those in ‘managed colonies,’ have been shot, poisoned, drowned, bludgeoned, or even set on fire by cruel people who view them as easy targets or ‘pests’ and don’t want them climbing on their cars or defecating in their yards.”

My comment: If you do nothing, the community colony cat numbers remain stable or increase. If you implement TNVR, the population gradually diminishes, and ultimately there are no community cats in this place to become targets. 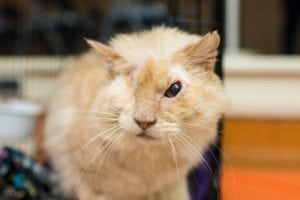 Someone poured acid on this cat. It’s not OK, and the person should be prosecuted. Getting rid of all the cats is not the answer.

Aren’t there laws against animal abuse? Also, we know that people intentionally cruel to animals are far more likely to commit crimes against humans. Perhaps the cats aren’t as much of an issue as the people committing these crimes. And they are crimes. Instead of prosecuting the cats, why not prosecute the people responsible for animal cruelty?

“TNR programs are doomed to failure because of basic population dynamics: Even if all of the cats in a colony are eventually spayed and neutered (which is nearly impossible), the food set out for them will always attract new cats.”

This is untrue on all accounts All cats in a colony can be spayed/neutered. It happens all the time. And the fact is that cats are territorial. So only with caution and over a period of many weeks or longer will an individual cat enter a colony. The author of this story should study population dynamics of community cats. Also, just because I put food out doesn’t mean cats will automatically appear. Cats are not ants who individually find food and then call all their friends over to feast. Though cats live together in colonies, cats hunt and dine as individuals.

“And feeding cats also promotes abandonment, since people are more inclined to abandon their cats if they believe that someone else will ‘take care of’ them.” 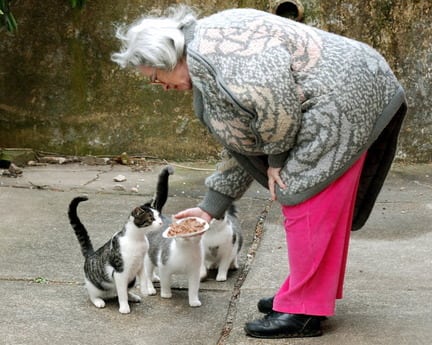 My comment: What? I want to see the study supporting this notion. So, I will give up my beloved pets if I think someone else will “take care of them?” I have no idea how that conceivably might be true.

The author of the Nat Geo blog quotes Dr. Michael Fox, who notes that outdoor cats are going to suffer from injuries and disease, kill wildlife, and pose a public health risk because of the diseases they can transmit to humans. Also mentioned: 24 billion birds in the U.S. die each year due to feline predation, which is by far the largest human cause of death toll on birds.

My comment: There’s truth mixed into nonsense here. Yes, outdoor cats certainly may suffer from injuries and diseases that indoor cats never need to deal with. And, Dr. Fox actually forgets to mention parasites, which indoor cats are hopefully protected against. Of course, indoor-only cats are not going to be chased down by coyotes, hit by cars, or suffer from tick disease. But millions of cats are outdoors now. So what do you do with them? Is there a better solution? And, incidentally, experts concur that habitat destruction and pollution kill far more songbirds than cats do. As for killing more than 24 billion songbirds in the U.S. annually: We never had 24 billion songbirds in the U.S. Sadly, around 15 million songbirds do die as a result of outdoor cats, which is not good, but it’s a far cry from 24 billion. Also, there’s no mention of the benefit community cats provide killing vermin and even city rats. 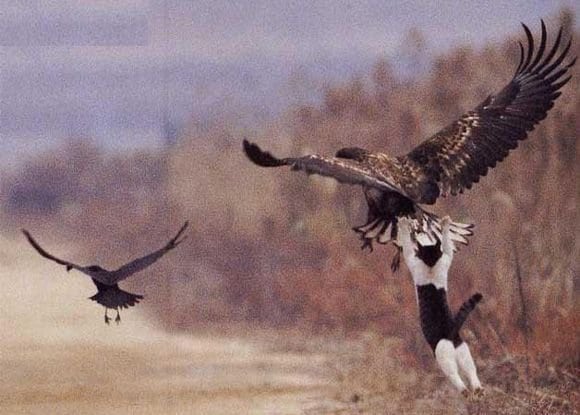 “Trapping and abandoning cats is hazardous to all involved, certainly including the cats themselves. Homeless cats deserve to be treated like any other cat. They deserve a chance to be adopted into a loving home or, if that isn’t possible, to be peacefully euthanized in a safe and quiet environment, rather than turned out onto the street to fight daily battles for survival that they will ultimately lose. Cat abandonment is illegal because it’s inhumane, and it’s not the answer to the homeless-cat crisis. The answer is to require that all cats be spayed and neutered, licensed, microchipped, and kept indoors.”

My comment: I’m not understanding at all how trapping cats is a hazard to cats. TNVR has been going on for decades, and there are virtually no instances of cats not benefiting from it. Being trapped is stressful,  but the alternative is to trap and euthanize, which several studies demonstrate the public does not want. There’s also a financial cost to euthanization, and you don’t address who is going to pay for this. 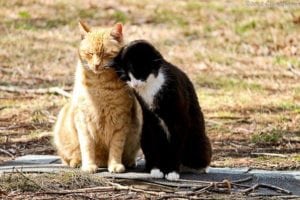 Trapping and euthanizing cats does not work. If it did work, I would not be writing this article now. The idea isn’t practical, as animal control budgets have been cut in most communities, and most departments don’t have the resources to do what it would take to trap enough cats to even extinguish a single colony. What’s more, cats (that literally repopulate like rabbits) fill the vacuum of the trapped and euthanized cats in no time.

I’m not sure who supports cat abandonment, as you suggest. Of course,  it is illegal, and we agree that it should be.

However, the ultimate answer is not to require all cats are spay/neutered, licensed, microchipped, and kept inside only. If pet owners did this, this problem would be far less severe. Though you offer nothing to address the current number of community cats, estimated from 25 million to 85 million in America (about .5 to 1.5 times the number of owned cats).

So, like the many posts and media reports I’ve read criticizing TNVR, you’ve not offered an alternative solution.