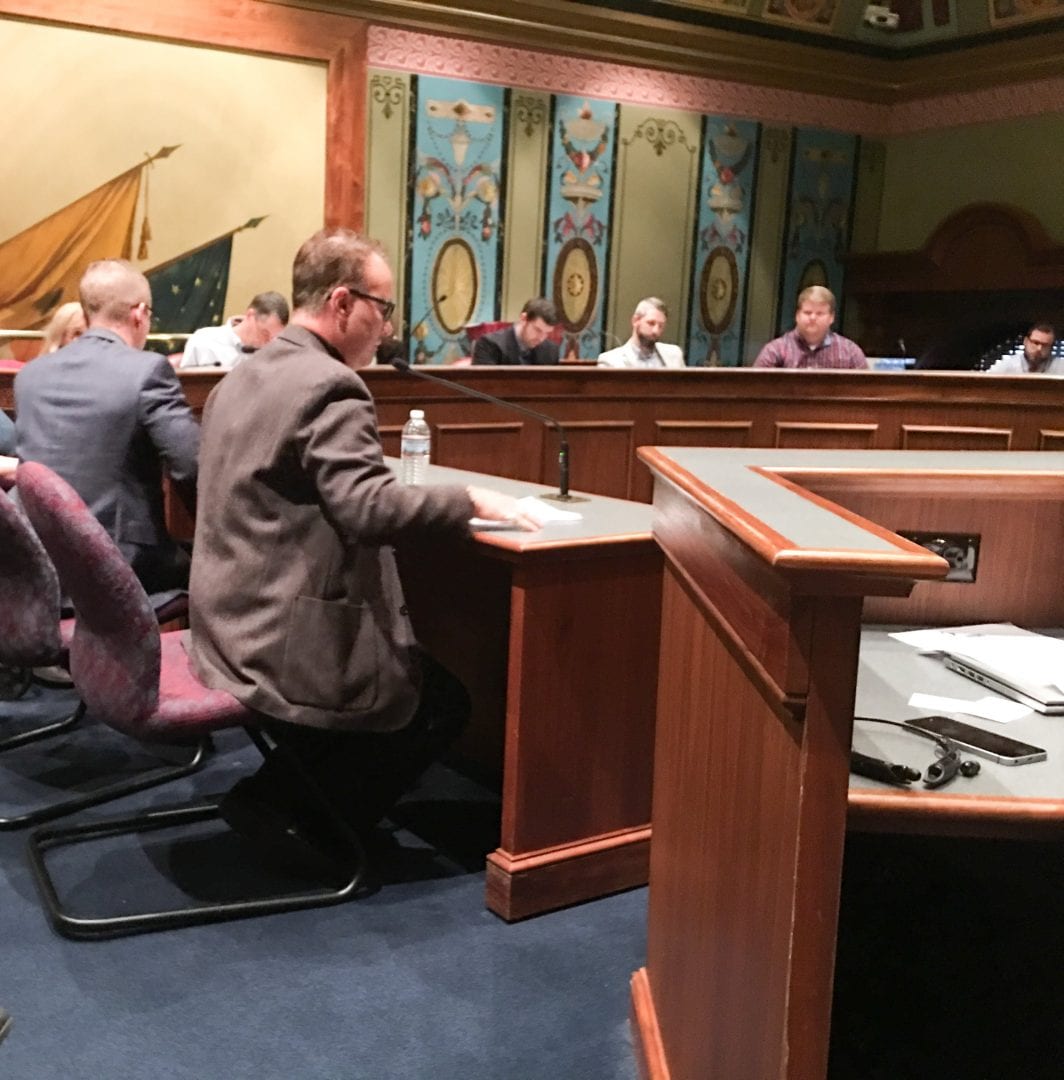 Trap-Neuter-Vaccinate-Return is increasingly the terminology and the practice to deal with community cats. In Illinois, after some outlandish allegations from Illinois Department of Natural Resources a special fact-finding task force was created to suggest some realistic options. My testimony is below, followed by Anne Beall, researcher and author Community Cats: A Journey into the World of Feral Cats,

My name is Steve Dale1. I am certified animal behavior consultant. I am told that through my various platforms, for just over two decades, I have previously reached and continue to reach more pet owners than any other pet journalist in America. For over 20 years, I authored a nationally syndicated newspaper column; for 11 years. I continue to host two national pet radio shows, and for 20 years have been heard on WGN Radio, Chicago.  On TV, everywhere from Oprah to Animal Planet to my current contributions on nationally syndicated “HouseSmarts TV.”

Relevant to my comments here…I’m a CATSTER magazine and Veterinary Practice News columnist. I’ve authored several books, book forewords and chapters. I just filed a chapter for the soon to be updated volume of a veterinary textbook, “The Cat: Clinical Medicine and Management.” I am privileged to present at veterinary conferences around the globe. I serve on the Boards of the Directors of the American Association of Human-Animal Bond Veterinarians, and the Winn Feline Foundation – which funds cat health studies. I was a co-founder and Board member of the CATalyst Council.

When Cook County veterinarian, the late Dr. Dan Parmer, thought about supporting TNR or trap-neuter-return – he asked me to organize a Task Force, which I did. And with his help and later knowledgeable science-based leadership of Dr. Donna Alexander, Cook County is now among many models regarding TNR. In part, that is because vaccinating for rabies is required for all TNR’d cats. 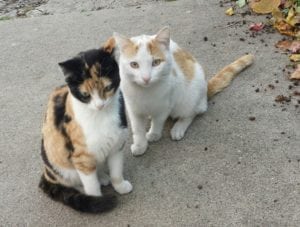 I’m going to begin my statement with the bottom line truth. TNR may not be perfect. but it’s the best system we have to control community cats today.

Nothing that’s been tried – at least so far – equals the success of TNR.

Briefly, here’s a history of what’s been attempted for thousands of years, and continues to be attempted with little or no success.

First, they don’t cat them all, and the population soon equals or even exceeds what it once was.  And if the public gets wind of the cat capture program. There’s a great deal of data           to show that even people who complain about cats want them humanely dealt with4, 5,  Do consider, just over 30 percent of the American population has at least once cat they call           a pet, not to mention many more who care for community cats6.

Once captured, cats are either euthanized – which upsets the public and cost money, as there really is a cost to euthanasia, or they languish inhumanely in a shelter – except for                formerly owned cats and very young kittens which may be adopted, and that is a good thing.

I can answer that eventually, and the day is coming, when we can feed community cats their cat chow may include birth control or a treat to render males as sterile. In other words non-surgical contraceptives – and they’re here, being further developed and studied7.

Meanwhile – there is today no more efficient program than TNR.

Having said that there are benefits to having community cats. Some suggest they’re are an introduced species…Not really, they’re domestic cats. And we’ve lived side-by-sde with them for thousands of years.

Without feral cats – we might live on the planet of the rodents, and have to deal with diseases they carry8.

Community cats eat whatever they can most easily catch – in most places in the U.S., it’s not birds, it’s rodents, sometimes rabbits or even lizards9, 10  Yes, cats do kill some birds. But when organizations claim as many as 3.7 billion birds dying each year in the U.S. because of cats, it makes my head spin because we never had that many songbirds in America, ever11. And for me, organizations spout mistruths about one thing, I have a hard time believing them about another.

I am all for continuing educational programs to encourage owners to keep their cats indoors only, and to spay/neuter so if a cat does get out nothing happens.

Most of all, I am glad you are here, together, in one room – because I do believe we all want the same thing to benefit wildlife – including birds – as well as owned and community cats alike. 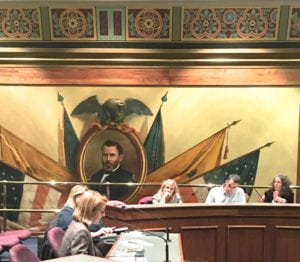 My name is Anne Beall and I’m a researcher and business owner in Chicago.  My firm, Beall Research, does research for Fortune 500 companies around the world.  Our research is used to make major business decisions such as to acquire existing companies or to launch new products and services.  We’ve done work for some of the major consumer goods and retail companies and private equity firms in America.  I’m also an author and have written several books and numerous articles. The last two books I authored were about animals and their role in our lives.  My book, Community Cats: A Journey into the World of Feral Cats, is a book about my personal journey as a colony caretaker as well as an overview of research that my firm conducted with a representative sample of Americans about their attitudes toward stray and community cats.

My message is simple: the majority of American feel sorry for stray and feral cats and they support TNR programs.

My firm surveyed a representative sample of 1,500 Americans around the country about their attitudes toward stray and feral cats (Beall, 2016).  The predominant attitude that most people have toward these creatures is one of pity and concern.  Over half of respondents (51%) say that they feel sorry for these cats and about one-third (37%) wish they could help them.  The majority of people have a live-and-let-live attitude toward these cats with three-quarters (73%) of them preferring to leave the cat where it is versus having it caught and euthanized.   And this is the case when respondents know the cat will have a shortened life; Americans prefer leaving unowned cats outside versus euthanizing them.

We asked our respondents if they were familiar with TNR programs and most (71%) were not.   We described TNR to them as follows: 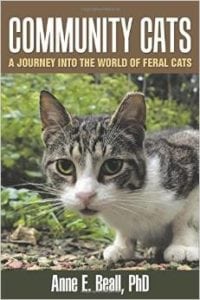 “There is a simple program to help feral cats.  It’s called the Trap-Neuter-Return (TNR) program.  With TNR programs, feral cats are humanely trapped and then spayed or neutered so they can’t have kittens.  After they have recovered from surgery, they are relocated or returned to their original location.  The program stabilizes and reduces feral cat populations and improves cat’s lives.  The behaviors associated with mating such as yowling, spraying and fighting stop after the cats are spayed or neutered.”

We asked how positively or negatively people feel about TNR programs after reading this description and over half (54%) said they felt extremely positive about this type of program.  And that’s only after reading a short paragraph!

We then provided some additional information about the benefits of TNR such as:

We found that over two-thirds (64%) of people felt even more positively toward TNR programs after learning this information.  And when we asked how likely Americans would be to support a TNR program in their area, well over half (58%) said they would.  But the most surprising thing we learned was that one in 5 of those surveyed (20%) said they would be willing to become a colony caretaker for a TNR program in their area.  And by the way, being a colony caretaker was described as feeding the colony twice a day and monitoring the cats’ health.  For those of us who have done this for many years, we know it’s a lot of work! 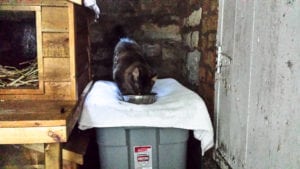 Cats kill how many birds?

Another area that we researched was the number of birds who are killed by cats.  I care about this issue personally because I’ve saved birds for many years with the Chicago Bird Collision Monitors and I now do emergency rescues on occasion.  We asked respondents who have stray and feral cats near their home, or who have cats that go outdoors, whether they kill birds, mice, rats and other animals.  We then asked how many of these creatures the cats kill.   We found that the average number of birds killed by each cat is between 1.2 and 1.4 birds annually.  The outdoor owned cats kill about 1.2 birds a year and the stray and feral cats kill about 1.4.  You can take the number of outdoor cats for each household and multiply those numbers to come up with a rough estimate of how many birds are killed.

With that math, you come up with about 21 million birds per year.  However, that number can’t be right because not all birds who are killed are seen by humans.  In fact, we know from a research study conducted by the University of Georgia (Lloyd et al, 2013), that cats bring back about a quarter of their prey.  So, if our numbers are off by a factor of 4, the total number of birds killed would be about 86 million.  And that number is a far cry from the 3.7 billion birds estimated by the Smithsonian article that is often published (Loss, Will & Marra, 2013)

And like all animals, cats are opportunistic predators. They’re more likely to take the weak or sick animals that are easy to catch (Baker et al, 2008, Moller & Erritzoe, 2000).  These scientific findings have even led the Royal Society for the Protection of Birds to declare on its website: “Despite the large numbers of birds who are killed, there is no scientific evidence that predation by cats in gardens is having any impact on bird populations….”

Moller, A. P. and J. Erritzoe. 2000. “Predation against Birds with Low Immunocompetence.” Oecolgia