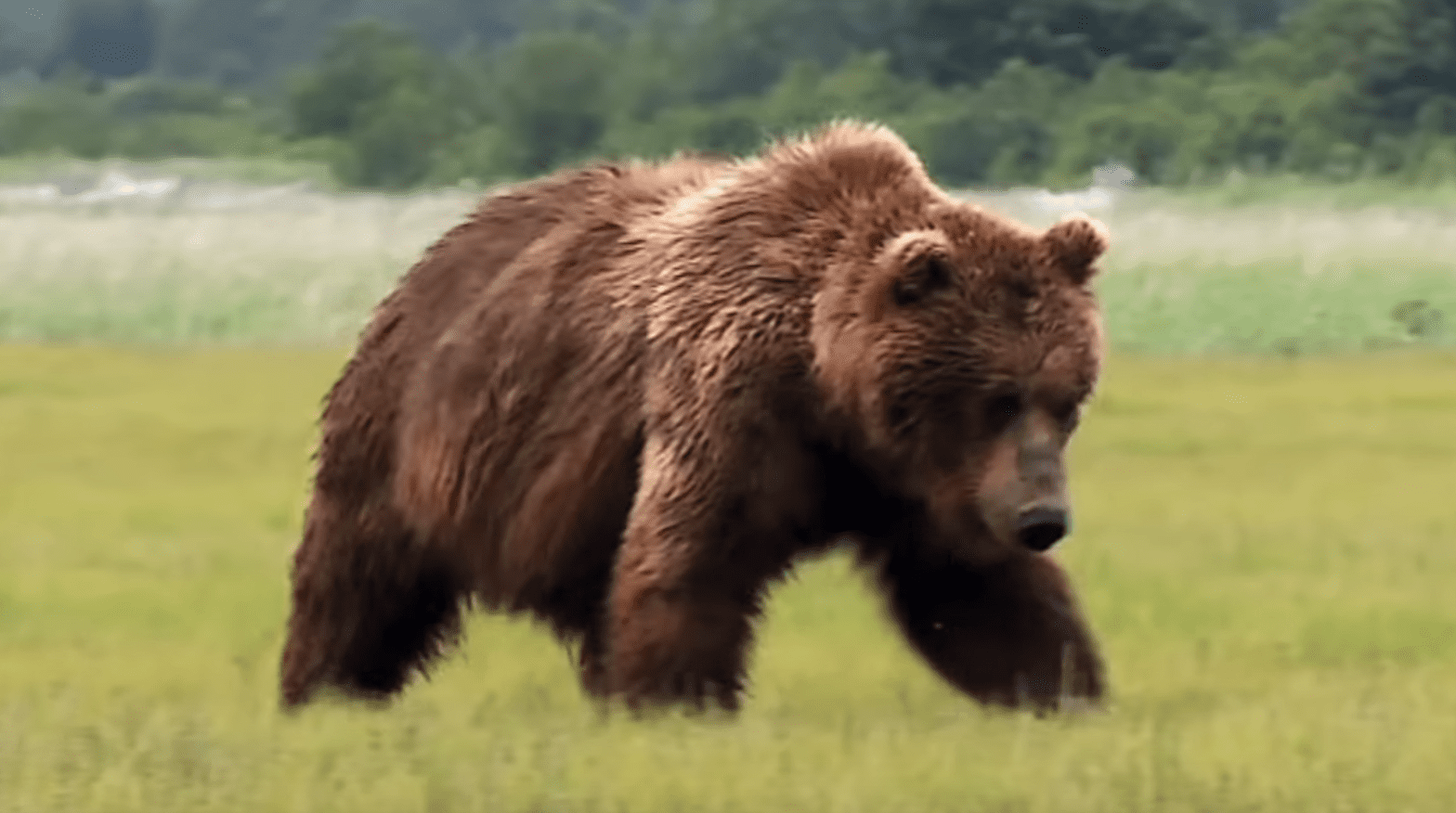 Donald Trump Jr. wants to a new conquest, to shoot a Grizzly bear, according to the self-proclaimed conservationist. 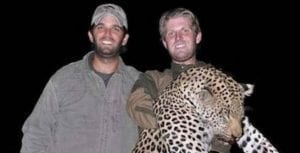 What kind of people do this – and then actually smile? This leopard incidentally is a threatened specis

My question is simply why?

Grizzly bears are not small animals, and using a gun these large bears aren’t especially hard to shoot. Shooting to kill and not injure is another matter. Clearly, Trump doesn’t much care about humane treatment of animals, and it’s quite unlikely he’s interested in eating bear meat.

Eddie Grasser, who serves as wildlife conservation director for the Alaska Department of Fish and Game, told Reuters  that Trump Jr. was one of three nonresidents of the state to apply for permits to hunt Grizzlies in Seward Peninsula, a northwestern region in the state. There were reportedly 27 spots for such permits designated for nonresidents in that area.

The permits are usually awarded by random drawings in the state in instances where there are more people applying for hunts than permits available. In those cases, the department says on its website that each person applying for “a hunt is entered into the pool and names are selected randomly.

Trump Jr. is reportedly required to pay a fee of $1,160 for a nonresident tag in order to hunt. 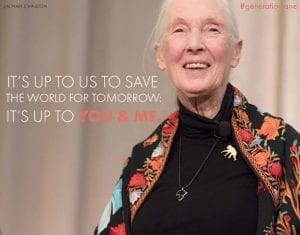 Dr. Jane Goodall, the face of a REAL conservationist

Trump Jr. has drawn attention to his big game hunting around the world, including posing with animals he’s shot and proudly posting them. He’s said on Twitter, “I’m not going to run and hide because the peta crazies don’t like me.”

Meanwhile, his father’s administration has continued  to expand hunting opportunities on U.S. federal wildlife refuges and has made it far easer to trophy hunt overseas. Animals being endangered or not is irrelevant if you have enough money, as Trump Jr. has proven over and over.

In 2019, the president’s son came under criticism for a hunting trip to Mongolia which he reportedly killed an endangered argali sheep and was retroactively given a hunting permit from officials in the country.

While Grizzly bears aren’t endangered – the question remains why? How is Donald Trump Jr. hunting a Grizzly even remotely called conservation?