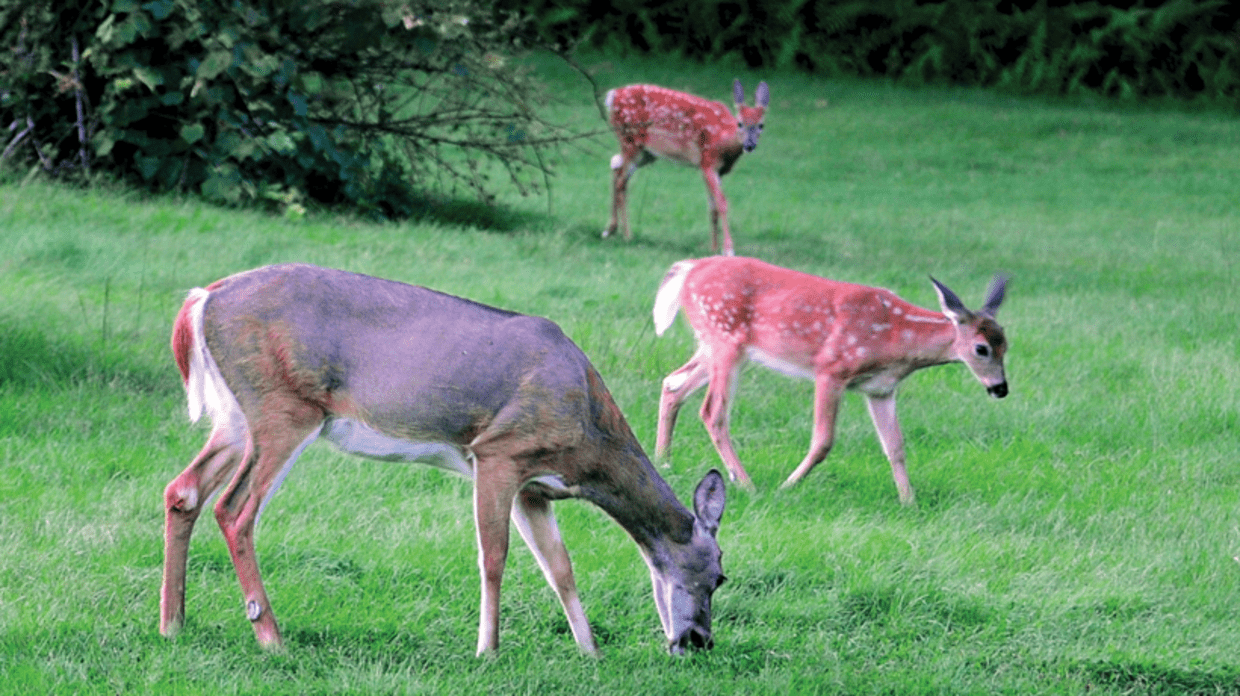 The U.S Department of Agriculture’s Animal and Plant Health Inspection Service (APHIS) announced they have been analyzing serum samples from free-ranging white-tailed deer for antibodies to Sudden Acute Respiratory Syndrome (SARS) CoV-2 (the virus that causes COVID-19). And it turns out that white-tailed deer populations in Illinois, Michigan, New York, and Pennsylvania were exposed to SARS-CoV-2, testing positive.

According to the department’s release, samples were obtained opportunistically as part of wildlife damage management activities conducted by APHIS Wildlife Services across 32 counties in the four states. These samples were tested at APHIS’ National Wildlife Research Center and National Veterinary Services Laboratories. Antibodies to SARS-CoV-2 were detected in 33 percent of the 481 samples collected from January 2020 through 2021. (Were these feces samples? There is no indication in the release).

None of the deer populations surveyed demonstrated any visible signs of clinical illness associated with SARS-CoV-2.

What does this mean to humans who eat fresh venison? That’s a good question which the answer is unknown at this time and oddly not even addressed by APHIS or U.S. Dept of Agriculture.

What does this mean to humans who have close association with deer and/or their feces, which as deer visiting backyards? So far, the answer is that this means nothing. However, the absolute answer is also unknown.

APHIS supports a One Health approach to addressing animal diseases, including SARS-CoV-2. Widespread human infections with SARS-CoV-2 combined with human-wildlife interactions create the potential for spillover between people and animals. Studying the susceptibility of certain mammals, such as deer to SARS-CoV-2 helps to identify species that may serve as potential reservoirs or hosts for the virus, as well as to potentially understand the origin of the virus, and predict its impacts on wildlife and the risks of cross-species transmission.

So, how have the deer been exposed to the virus in the first place? That’s an important One Health question. Are humans responsible? And if so, how does that happen. Humans rarely sneeze on deer or leave our feces in backyards. However, the virus has been found in our sewage. Does some of that trickle out into the environment in places? Or are deer contracting the virus from another species in the environment such as bats. No one yet knows the answer to what is an important question.

APHIS is working closely with federal and state partners, including the Department of the Interior, the CDC, and the Association of Fish and Wildlife Agencies, to determine next steps. Results from this surveillance effort are currently being prepared for publication in a peer-review journal.

Deer? That came out of left field. Scientists knew from the start that it was likely that receptors for SARS CoV-2 would be in at least some members of the mustelid family (notably mink) as well as felines being susceptible. Also, black bear and brown bear species, potentially. But deer? This is, I suppose, is why scientists look. If you don’t look, you won’t find it.

For more information, check out: Questions and Answers: Results of Study on SARS-CoV-2 in White-Tailed Deer.