Ukraine Citizen says Children Are Being Raped by Russians 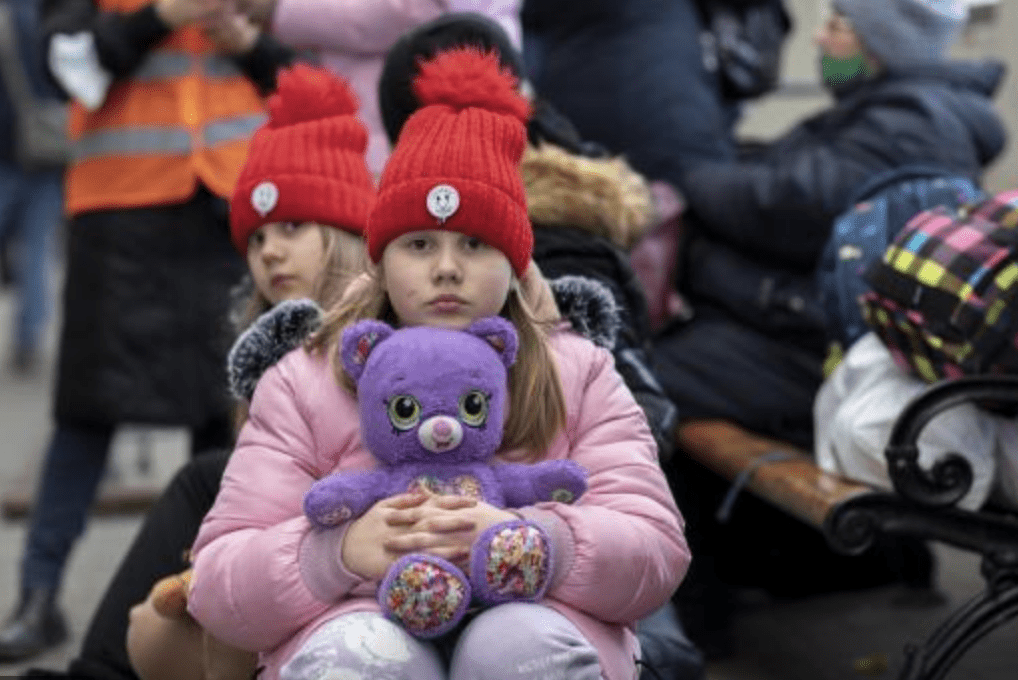 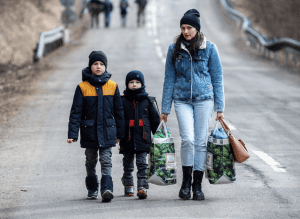 On Steve Dale’s Other World, WGN Radio, HEAR my conversation with Zoomies (a fun pet app) technician Julia Stamat, who recently escaped Ukraine with her family. However, the men in her life remain in Ukraine as do many other family members and friends – some in or near Mariupol. She describes how awful conditions are and notes that many are now suffering from post traumatic stress disorder syndrome.

Russians are also looking for signs of Nazi’s in Ukraine, which is ridiculous – but nevertheless that is happening and if accused you may be shot on the spot. Also Russians have taken Ukrainians as prisoners to what are like internment camps in Russia.

Being Internet savvy, she says she’s tried to reach ordinary Russians via social media so they can learn the truth. So many people in Russia actually believe Putin and believe what their government is doing is right. She says she reached many but some were not swayed and others are afraid to share her posts or to speak up.

The human suffering is unfathomable – and absolutely without cause.

And Dr. Mary Becker talks about his experiences helping pets just on the other side of the border. 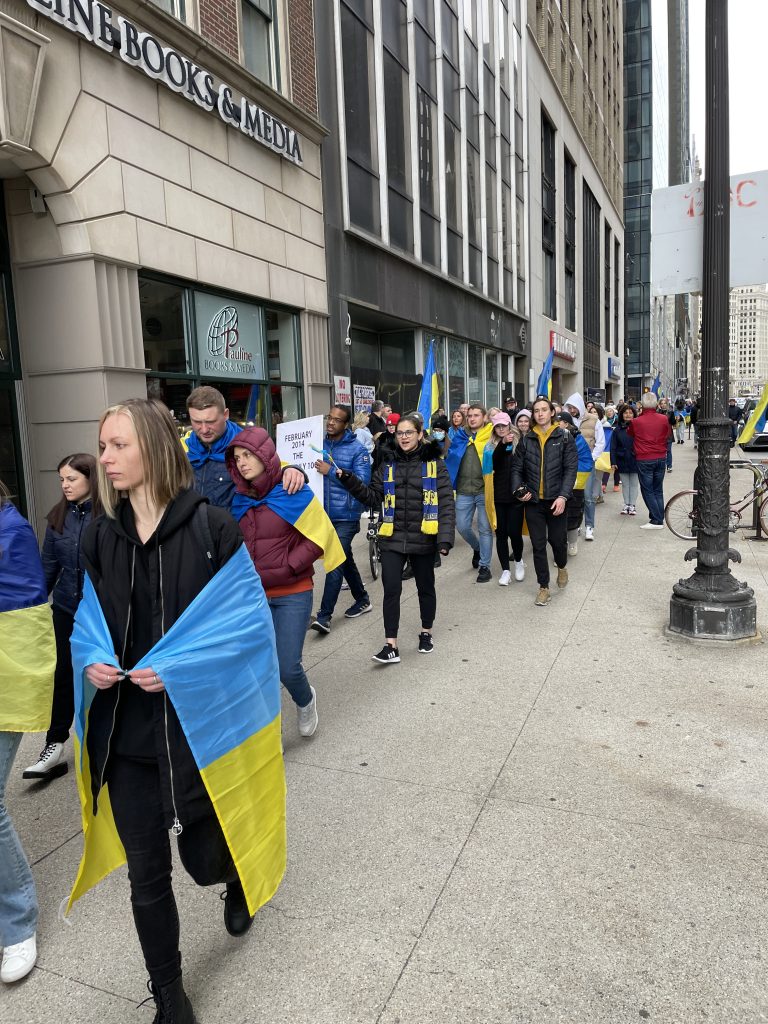 As I was leaving WGN Radio in downtown Chicago, I was greeted by this protest (larger than it looks in this image) on Michigan Avenue, and cheered them on.