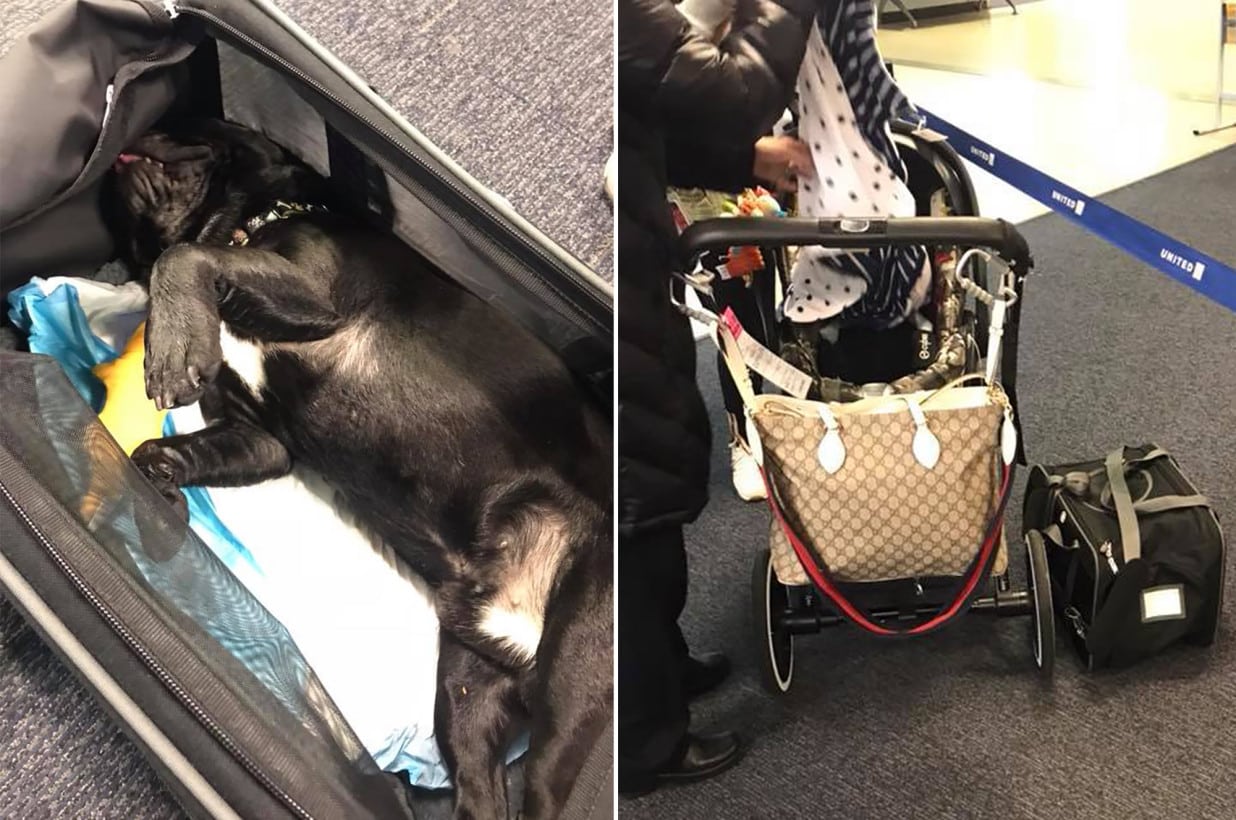 United Airlines apologized today, March 13, for the death of a passenger’s dog after it was stored in an overhead bin, as reported on many media outlets.

When I first read about this, it seemed too outrageous to be true, so I didn’t even want to report on it. But now, United Airlines concedes that this really did happen.

How can a flight attendant even think a dog might survive in an overhead bin any more than a human baby?

Maggie Gremminger, who identified herself as a “fellow passenger” on United flight 1284 from Houston to LaGuardia on Monday night, wrote in a Facebook post and on her Twitter page that she witnessed a flight attendant instruct the traveler flying with the dog to stow the carrier, with the dog inside, in an overhead bin.

“This was a tragic accident that should never have occurred, as pets should never be placed in the overhead bin,” United Airlines said in a statement. “We assume full responsibility for this tragedy and express our deepest condolences to the family and are committed to supporting them.”

According to several reports, the dog carrier (reportedly an airline-approved size carrier) was somehow sticking out into the aisle and/or the dog was barking. In any case, for whatever the reason(s), the flight attendant reportedly demanded the dog be placed in the overhead compartment, which was closed after the dog was inside. The passenger at first, said “no,” but the flight attendant insisted.

The airline says they are paying for a necropsy (animal autopsy) of the dog and is refunding the airline tickets.

About that, I say “big deal.” This is a family member who was needlessly lost. I can only hope the airline will offer far more than that. But nothing they offer can ever bring back a life. This is so incredibly horrible and inexcusable; I have no words.

United didn’t say that the flight attendant would immediately lose his or her job.

United has faced public outcry after other animals have died on its planes. The airline said it transported 138,178 animals in 2017, more than any other airline, according to the U.S. Department of Transportation. The same agency also reported that United had the highest rate of fatalities: 18 animal deaths in 2017.

American and Delta each reported that two animals died on their planes last year. Those figures refer to animals that were transported in the cargo hold, not the cabin.