Update on Pets and COVID-19

Many of you have asked about pets being exposed novel Wuhan corona virus, known at COVID-19. The short answer: Don’t worry.

Below is the latest release from the World Small Animal Veterinary Association regarding pets and COVID-19. 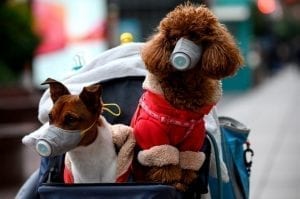 As I read between the lines, it’s possible that this dog actually didn’t really test positive. If so, does the dog really have actually have the virus? No matter, it’s one dog (so far, the only companion animal testing positive for COVID-19). Unfortunately, in some Chinese communities emotion took over, and pets were destroyed, even before the dog tested positive in Hong Kong.

According to the U.S. Centers for Disease Control and Prevention (CDC), no animals in the United States have been identified with the virus, and there is no evidence that dogs or other pets can contract or spread COVID-19.

The World Small Animal Veterinary Association (WSAVA) has updated its Advisory following further information from the Hong Kong SAR Agriculture, Fisheries and Conservation Department (AFCD) on the dog of an infected owner that has tested ‘weakly positive’ for COVID-19.

Reports from Hong Kong on February 28 indicated that the pet dog of an infected patient had tested ‘weakly positive’ to COVID-19 after routine testing.  On March 5, the Hong Kong SAR Agriculture, Fisheries and Conservation Department (AFCD) reported that nasal, oral, rectal and faecal samples from the dog have been tested. On February 26 and 28, oral and nasal swabs were positive, while on March 2, only nasal swabs showed positive results. The rectal and faecal samples tested negative on all three occasions. 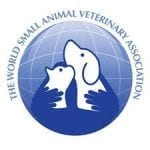 Testing at both the government veterinary laboratory (AFCD) and the WHO accredited diagnostic human CoV laboratory at Hong Kong University (HKU) detected a low viral load in the nasal and oral swabs.

Both laboratories used the real-time reverse transcriptase polymerase chain reaction (RT-PCR) method and the results indicate that there was a small quantity of COVID-19 viral RNA in the samples. It does not, however, indicate whether the samples contain intact virus particles which are infectious, or just fragments of the RNA, which are not contagious.

The AFCD’s document states that there is still no evidence at this time that mammalian pet animals including dogs and cats could be a source of infection to other animals or humans.

WSAVA urges pet owners in areas where there are known human cases of COVID-19 to continue to follow the information in its Advisory, including washing their hands when interacting with their pets and, if sick, wearing face masks around them.

The situation is rapidly evolving, and information will be updated as it becomes available regarding pets and COVID-19.

The WSAVA represents more than 200,000 veterinarians worldwide through its 113 member associations and works to enhance standards of clinical care for companion animals.  Its core activities include the development of WSAVA Global Guidelines in key areas of veterinary practice, including pain management, nutrition and vaccination, together with lobbying on important issues affecting companion animal care worldwide.

Further information about COVID-19 and pets can be found at the American Veterinary Medical Association.

We are eight weeks into this #COVID19 outbreak: yet we have identified the virus, we have the genetic sequence, PCR & serological assay in use. This wealth of knowledge is unprecedented for a new disease.#coronavirus pic.twitter.com/dNAlepnEek

While in President Trump’s defense, he did not actually call the corona virus a hoax (he was referring to the Democrats criticism of his office being a hoax), still he wasn’t early to respond to the outbreak as Vice President Pence has said many times, “The President’s early actions prevented an outbreak.” Well, there is an outbreak in the U.S,, and President Trump initially told the CDC not to worry about testing, followed by the CDC and their partners’ inability to get the testing kits out into the medical community, have placed the U.S. precariously behind the 8-ball.

South Korea aggressively testing via a drive- thru centers. U.S. has hardly tested at all, at first at the direction of the President

Independent epidemiologists and medical experts on TV like Dr. Sanjay Gupta of CNN and a long list of virologists and doctors  have called for testing for many weeks now. Without this testing of all of who might have symptoms consistent with COVID-19, there’s no clue really as to how many Americans have been infected.  Without knowing how many families are infected, tracking the course of illness and of occurrences is impossible – so less i know about potential impact to pets.

Based on a genetic analysis of the virus’ evolution over time, experts say it’s possible that hundreds if not thousands of people in the Seattle area have contracted COVID-19 since the first case was reported in mid-January. But because the symptoms are mild for most people, or for some even non-existent, many of those who were infected may not have known they were carrying the virus, researchers said. Washington State has been hit hard, and Pence has been there and appeared at a productive press conference with Governor Jay Inslee. President Trump only called Inslee “a snake,” and suggested he was in no hurry to help.

But so much remains unknown. “It will go away,” said President Trump. “We have very low numbers [of confirmed cases] compared to many countries throughout the world, our numbers are lower than almost anyone. In terms of cases, it’s very, very few because we have been very strong at the borders.” Well, true enough numbers are very low but that is likely because the U.S. has thus far done so little testing. As for China, numerous press reports indicate their numbers are not to be believed and many more were diagnosed and many more died than the government is saying.

Having said all that, with now officially over 100,000 confirmed cases globally, and many more not confirmed, only one pet has been noted to have any clue to lead to COVID-19, and that clue now appears possibly suspect.