Updates on Maryland and Illinois Regarding Pet Store Sales 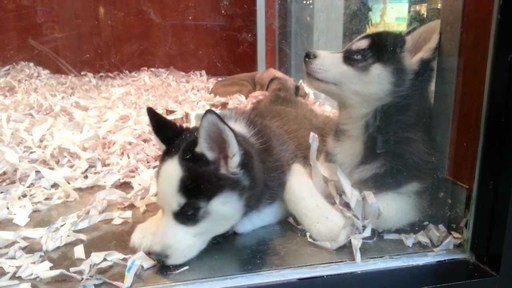 The settlement will finally stop the retailer, Maryland Puppies Online LLC, from selling dogs in Maryland. (At least one report indicates they have now fled to another state). Via the settlement, the company agreed to pay for veterinary care or to refund customers who purchased dogs with certain medical conditions since January 2020, when Maryland’s No More Puppy Mills Act took effect and sales of dogs/cat were supposed to have stopped.

Maryland Puppies Online must also pay a civil penalty of $75,000, which would jump to $250,000 if the conditions of the settlement are violated.

In Illinois, where there is also a statewide ban of sales of dogs/cats at retail pet stores, some stores simply ignored the law – some even after reportedly  shuttering their doors to business and reopening to sell puppies. After first ignoring what is clearly unlawful, the Illinois Department of Agriculture is now reportedly enforcing the pet store sales bans. No Illinois pet store should be selling dogs or cats.

Of course, pet stores which adopt dogs/cats from legitimate adoption agencies can continue to do so. No one wants to see pet stores close – if they do – that is their choice. And pet stores which previously sold animals can pivot to the adopt formula. Adopt a pet, and pet food and water bowls, toys, and treats are still required. The big difference is that dogs aren’t any longer sold from puppy mills for thousands of dollars and questionable health and behavioral problems are very common.

Sales of dogs/cats at pet retail stores are banned in California, Washington (state), Maine, Maryland, Illinois and New York State once Governor Kathy Hochul signs a bill now on her desk. The Governor is reportedly being pressured by the New York City based American Kennel Club (AKC) to not sign the bill which means the AKC supports continuation of the puppy mill pipeline.

No responsible breeder will ever sell to a pet store. However, puppy mills and large commercial facilities do happily supply pet stores.

In Maryland, lawmakers passed the No More Puppy Mills Act in 2018 and passed a stricter law in 2021 to close a loophole in the original legislation. The 2018 law survived a federal lawsuit; a current appeal relates to the 2021 law. The 4th Circuit will decide whether the 2021 law discriminates against out-of-state dog breeders or legitimately restricts sales by puppy mills.

The plaintiffs are a group of pet stores, dog breeders and brokers who want the 4th Circuit to overturn U.S. District Judge Ellen L. Hollander’s September 2021 decision dismissing their lawsuit. Of course, they seek approval from the judge to continue to take advantage of consumers and most importantly the dogs themselves