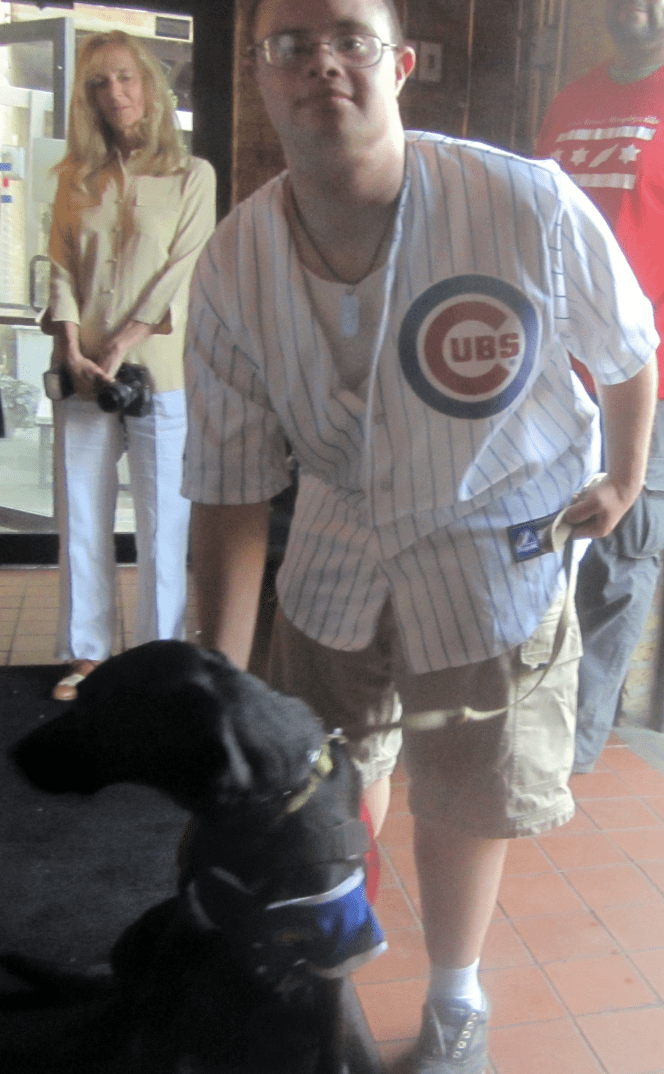 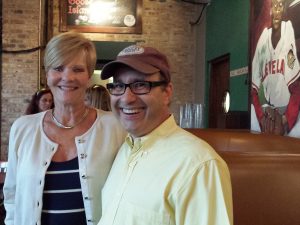 Wife of Baseball Hall of Fame third baseman Ron Santo, Vicki Santo, explains HERE on Steve Dale’s Other World program on WGN Radio how Ron once called into his WGN radio pet show and the “crazy advice” he received about hiding his emotions in a closet when arriving home because his Australian Shepherd Joker “didn’t like him.” In truth, it wasn’t that Joker the Australian Shepherd didn’t like Ron – it’s that Ron’s emotions were scary to the dog. 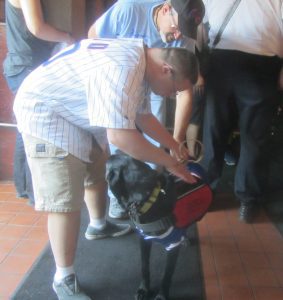 As Vicki describes, a human-animal bond connection was ultimately made with Joker who once was “timid” around Ron.

In fact, the bond became so intense that Joker likely saved Ron’s life more than once when he would plunge into a diabetic crash. Vicki says she had no idea dogs could do this, and explains.

Ron passed away as a result of complications of battling diabetes for a lifetime in 2010. And soon after Vicki established the Ron and Vicki Santo Diabetic Alert Dog Foundation. The non profit supports training and placement of dogs, primarily to families with diabetic children. 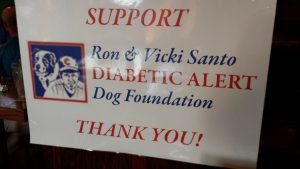 Vicki explains how the dogs are trained – and even for people who understand dogs, it’s quite amazing.

Knowing how perfect these dogs are at their jobs, families rest easier at night. And quality of life is improved for the children they are placed with for many reasons,

Consider helping out this amazing organization and continue Ron Santo’s legacy of helping others with diabetes; check out the Ron and Vicki Santo Diabetic Alert Dog Foundation.

I wish the Chicago Cubs – who clearly appreciate at some level of the contribution of their legends – like Ferguson Jenkins, Billy Williams, Glenn Beckert (who Vicki mentions), Ernie Banks and so many others – would support a day for Ron and for the Foundation. Imagine, the difference that attention would make.