Waking Up Next to a Stranger 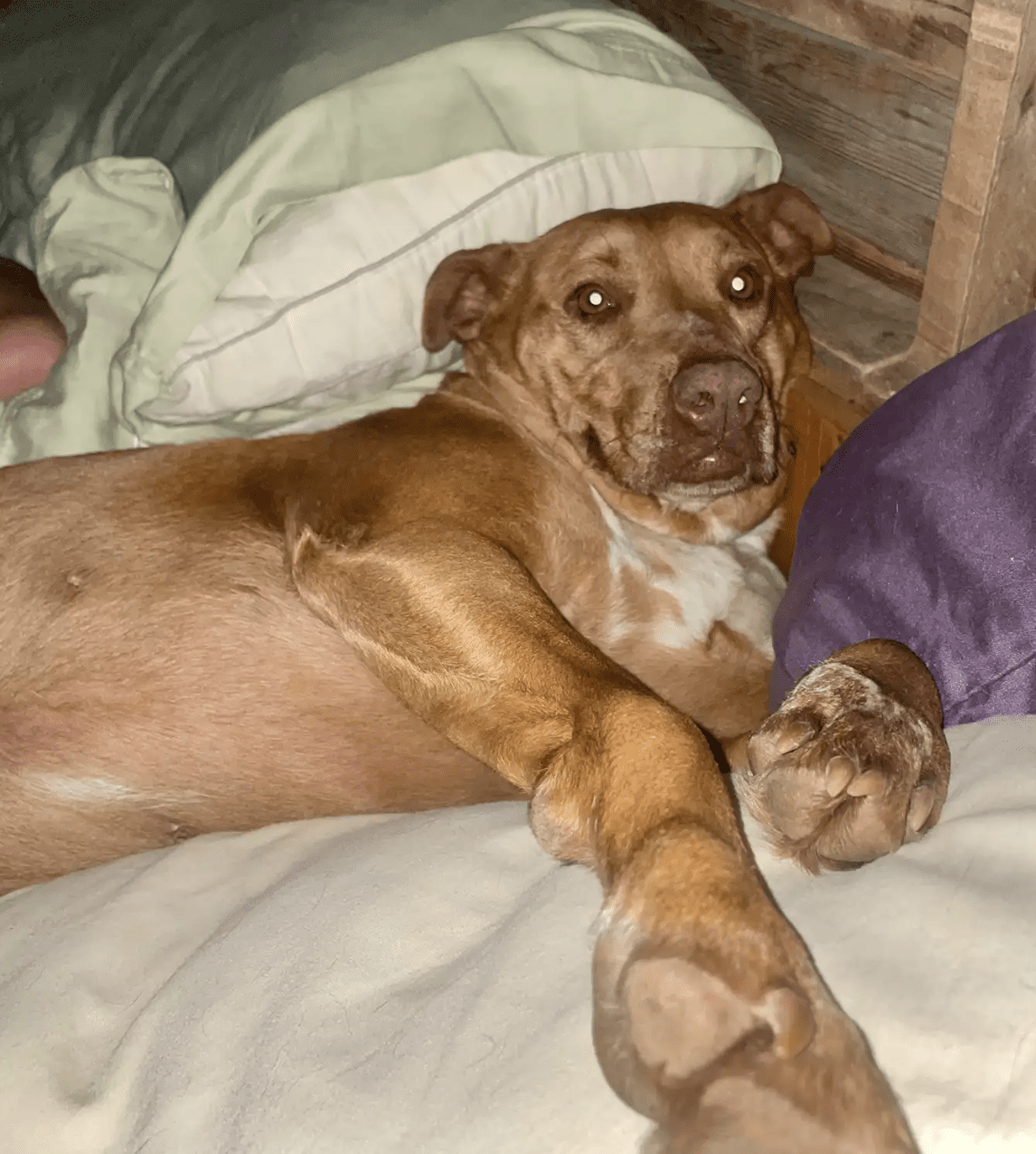 People who don’t have a dog may not understand, but increasingly people aren’t only sharing their bedroom with the family pup, they welcome the dog in their bed. According to the American Pet Products Association, nearly half of dog parents share their bed with a dog. And another poll suggested that around 25 percent of dog owners say they prefer snoozing with their dog compared to their significant other. But that’s their dog, not a stranger’s dog.

One day Julie Johnson in Ocoee, TN woke and turned around to see her husband Jimmy, and a stranger, one with four legs. A big brown dog was sleeping between them. The Johnsons do have three dogs, but this wasn’t one of them.

There’s no doggy door in the house, it remains a mystery as to how a strange dog made his way into the home, and stealthily up to the bedroom and into the bed and without any of their three dogs warning about the interloper.

Apparently, the Johnson sheets and mattress must feel and smell just right. The Johnson’s couldn’t extract the stranger dog from their bed, and finally when the owner was identified, even she had to literally lift the dog up and out of bed. Nala, the visiting dog, clearly wanted to stay on that bed.

Well, it turns out it was a new mattress.  What a great commercial for the mattress company.

Impressed with how smitten Nala, who doesn’t live far, is by the Johnson family, the dog has returned for a play date with the Johnson’s three dogs – though the bedroom door has remained out of bounds. 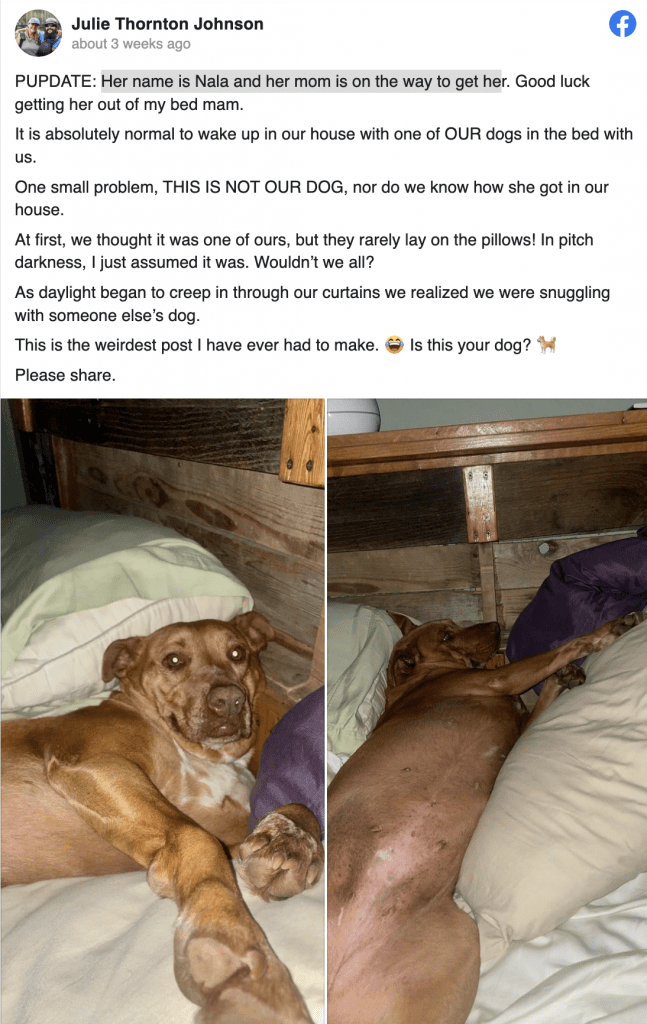