Was It the Largest Dog Wedding Ever? 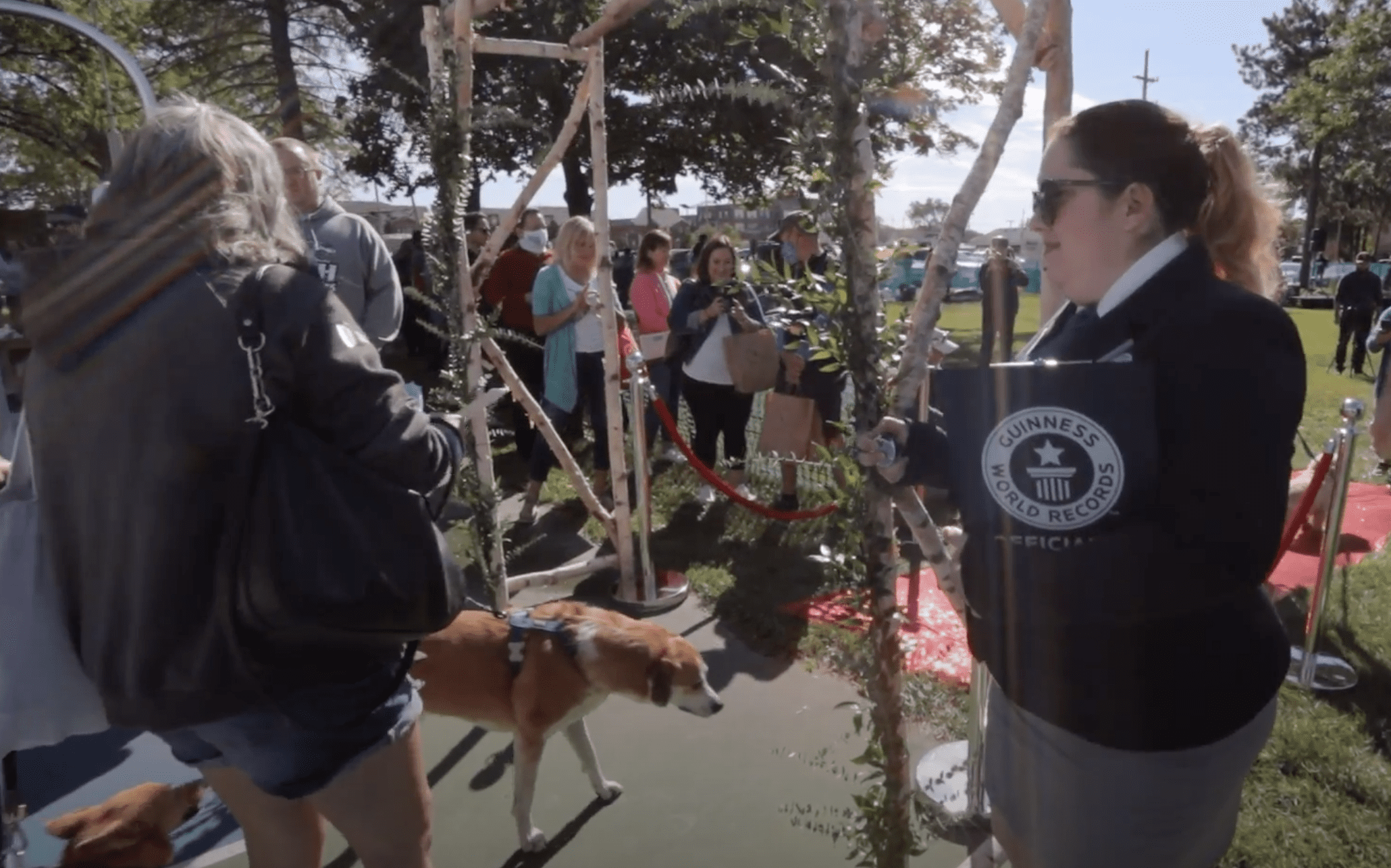 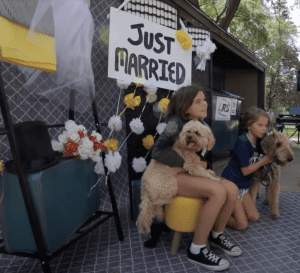 Recently, several Guinness World Records were broken, including the dog with the longest ears. In Villa Park, IL, her goal was to host the largest dog wedding ever. She says they needed 358 dogs (179 canine couples).

Listen HERE to WGN Radio to  Villa Park Community F.U.N. Commission Chair Leslie Allison-Seei making the announcement about whether or not the record was broken. Then, she makes a second announcement.

Seei says, “Love was in the air.” And people picked up after their dogs; there was not a single pile of poop left behind.

The gathering raised $4,000 for 10 animal rescue groups as part of the Paws & Claws in the Park animal adoption event at Lions Park

And it’s true, Hazel (a “cougar” at 12-years) managed to annul her planned marriage to a young Bloodhound, well over 100 lbs more than Hazel, named Reverend Henry Cleotis Farnsworth III.   You can see how thrilled Hazel was with the entire notion: 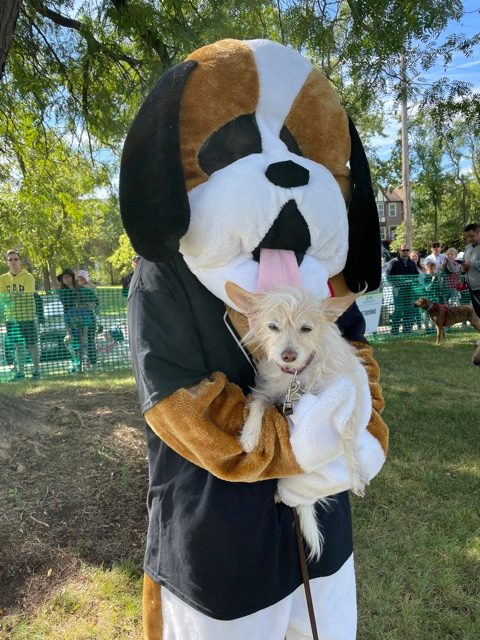