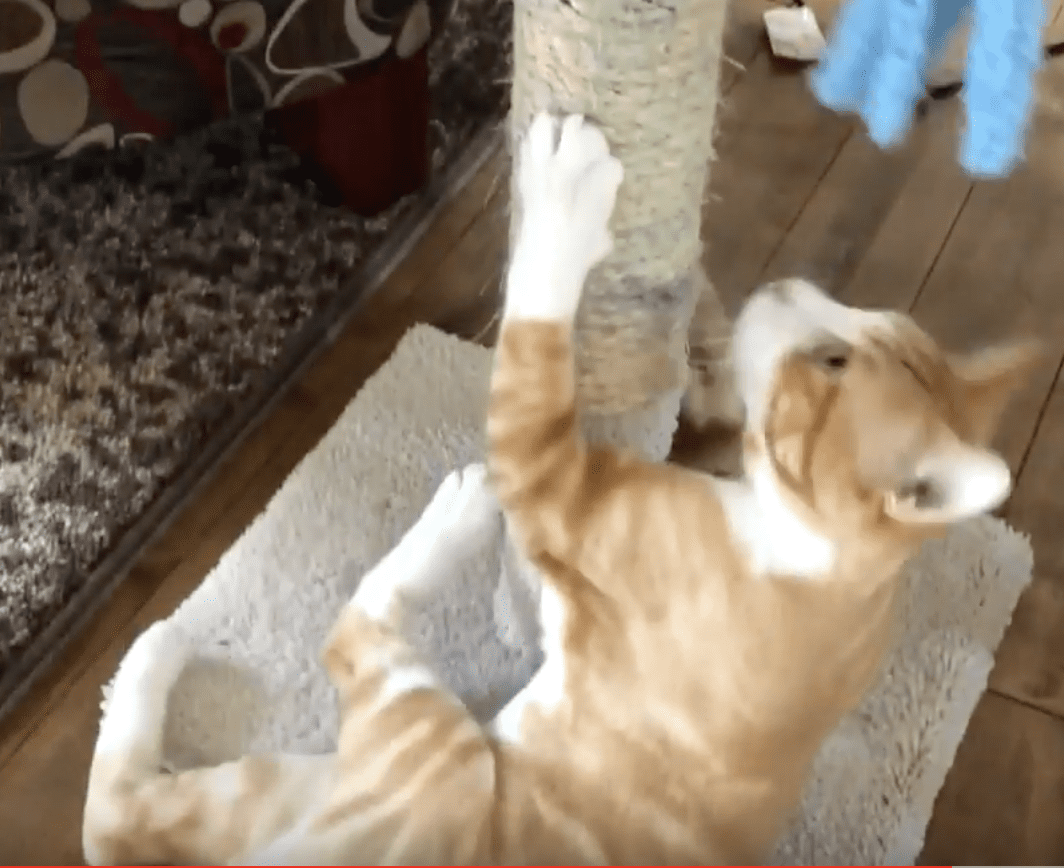 Dr. Robin Downing is Boarded animal rehabilitation, and is a renown expert on pain/pain management of companion animals and is a clinical bioethicist. She is adamantly opposed to declaw. We are speaking together at the FETCH Veterinary conference in San Diego on December 13 about why declaw is a VERY bad idea.

Watch Dr. Downing and myself in a Facebook live Noon CST September 16 discuss declaw. Questions or comments – ask away live and we will answer 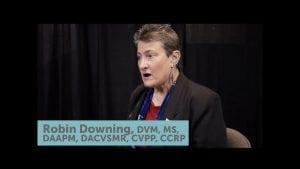 Downing’s testimony in Denver in support of a declaw ban is arguably what moved the needle. Her words were both scientific and emotionally powerful. “What gives veterinarians the right to amputate because of cat owner convenience?”

Indeed, today we know FAR more than 10 years ago about the damage declaw usually does. And Downing can stop it a mile off just by observing a cat’s gait when even other veterinarians may not be able to detect a problem. And as cats age, the issue gets worse. While it’s great our cats are living longer than ever, consequences of declaw become even more apparent in teenage cats. And because cats mask pain so well, when they are limping – you KNOW there’s a excruciating pain. 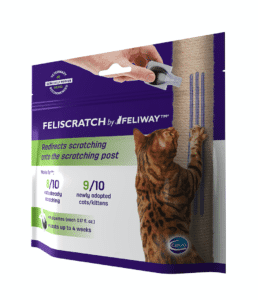 Also, today, more than just a few years ago, there are tools regarding behavior modification, to encourage appropriate scratching on posts. For example, there’s now a pheromone product called Feliscratch by Feliway – which directs cats to posts. The product is inexpensive, non-invasive and natural. And it works! And works even better with the most simply behavior modification.

Governor Cuomo not only signed the bill, but he called the declaw procedure “archaic, inhumane and unnecessary.”

“Declawing is a cruel and painful procedure that can create physical and behavioral problems for helpless animals, and today it stops,” Cuomo added in a statement. 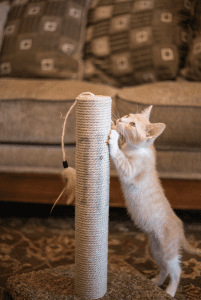 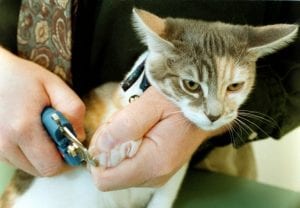 State veterinary associations contend banning declaw will prevent cats from being adopted and encourage euthanasia or at least relinquishment of cats, though their data on such assertions is old. And when Los Angeles banned declaw, that didn’t happen. According to a 2015 paper published in Applied Behavior Science from Saethra Jade Fritscher and James Ha called “Declawing has no effect on biting behavior but does affect adoption outcomes for domestic cats in an animal shelter,” declawed cats are more actually more difficult to adopt. And there’s all sorts of new research documenting deleterious physical effects of declaw, including a report from Nicole K Martell-Moran, Mauricio Solano and Hugh GG Townsend called “Pain and adverse behavior in declawed cats,” published in 2017 in the Journal of Feline Medicine and Surgery.

The New York State Veterinary Medical Association supported declaw only as a last resort for felines that won’t stop scratching furniture or humans — or when the cat’s owner has a weakened immune system, putting them at greater risk of infection from a scratch.

However, these oppositions are frankly “lame.”