Wayne Pacelle Speaks Out: Should Vick Be the Captain or Not? 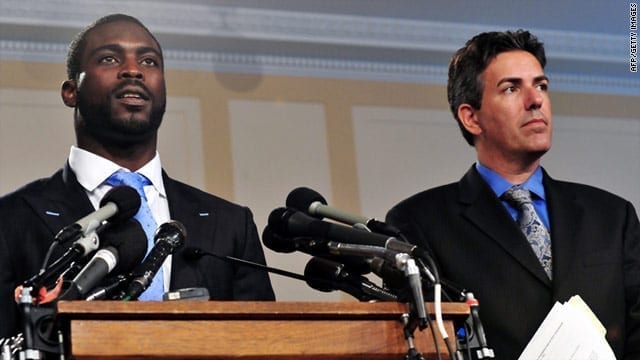 I’ve been writing about and talking about how in my personal estimation Michael Vick should not be representing the National Football League as an honorary captain in the Pro Bowl game January 27 in Orlando, FL.   I never knew Vick but Wayne Pacelle sure did.

Listen HERE, as I speak with Pacelle on WGN Radio on December 30 when I filled in for Roe Conn. 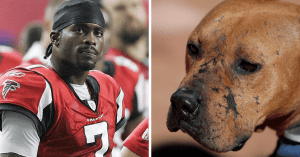 Pacelle “toured” with Vick, and spoke with him about dog fighting in neighborhoods around America where there was likely dogfighting happening routinely. At the time Pacelle, who is now Founder Animal Wellness Action .was the President and CEO of the Humane Society of the United States.

I know Vick’s people offered the same “opportunity” to the American Humane Association (as I was then of their Board of Directors) and that non-profit turned down the offers. The decision to “tour” with Vick was controversial, and Pacelle explains why he was supportive of the idea, and recalls what he and Vick spoke about. I also asked Pacelle about what I knew Vick never spoke about.

While Vick’s actions were absolutely beyond horrific, Pacelle correctly points out how the exposure of the news of what Vick did prompted lawmakers to take stronger actions regarding dogfighting, and Pacelle was personally involved with much of that. 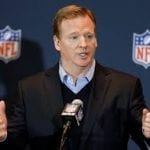 Mysteriously, NFL Commissioner Roger Goodell doesn’t seem to much care about what fans say about Vick

Pacelle does criticize the NFL, noting that in his view that they at the time didn’t take animal cruelty seriously and that continues to be the case today.

Incidentally, Vick lied to Federal investigators and was allegedly involved in the sales of illegal drugs, but was never prosecuted for any of that or even for dog fighting. Instead, due to laws at the time and his big money lawyers, he only served a lesser felony of racketeering.

So, was going “on the road” with Vick helpful? After reaching thousands of children in dozens of cities was it the teaching moment for children that Pacelle hoped for? Was Vick even sincere?

I suggest that for Vick personally, his goal, which he achieved, was to be allowed to return to the National Football League.

Here is an ESPN interview with Vick which hasn’t been as widely viewed as some others. Decide for yourself. 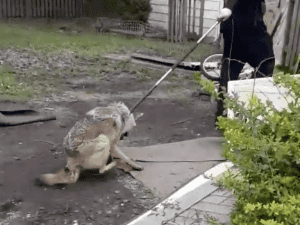 Tomi Tranchita bottle-fed and saved four orphaned coyotes. Now, what? She saved their lives, but now the young coyotes were imprinted on people, having no idea how to hunt and she could not find a place to legally introduce them and wildlife facilities were then filled. So she spent her own money to obtain appropriate permits, and transformed her backyard into a coyote enclosure For 13 years she cared for the coyotes, passed all inspections without problem and even invited the public for educational talks about coyotes.

Sure, coyotes howl – but the yard was kept clean and the neighbors not only didn’t seem to mind, but actually supported Tranchita.

One day, without warning, her coyote haven came crashing down. The Illinois Department of Natural Resources brandishing guns, as if Tranchita was a murderer, showed early up at her door. They alleged that she was missing a state license, a $25 permit, which she didn’t renew. No one had sent a reminder for her to renew. It also turns out others are given a chance to renew if they forget. But not Tranchita. The coyotes were rounded up in such a brutal fashion, soon three of the four died – no doubt the brutality contributed to their needless deaths. How can they get way with this?

Pacelle is outraged but says this sort of thing happens with some departments of natural resources around the country. Pacelle calls these events and what happened “archaic.” And he says the one remaining  coyote, named Luna, should come back home and to be reunited with Tranchita.

If the coyotes still needed confiscating, why do so in such a brutal fashion? Don’t believe me – here’s a video.