We KNOW Service Dogs Can Help Veterans, Even Save Lives; The Government Doesn’t Acknowledge 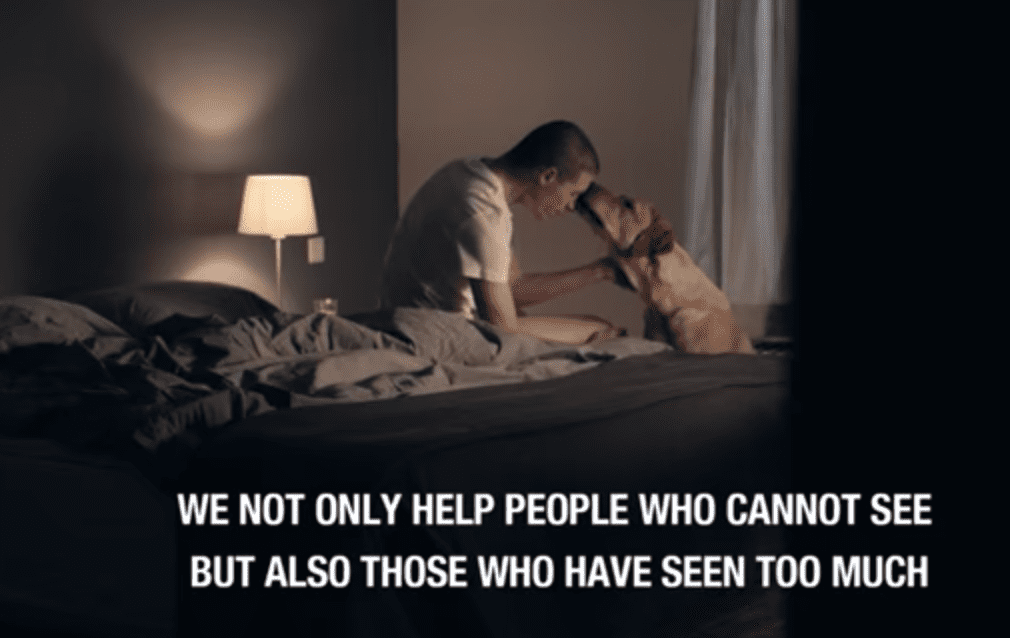 Fighting for our nation, making all sorts of personal sacrifices for the good of our country, you’d think our U.S. Department of Veteran’s Affairs (USVA) would have their backs providing or at least supporting service dogs for veterans.

When a medical condition is diagnosed, the USVA is at least, in part, legally responsible for providing support. If you served in the military and are suffering pain as a result of an injury, medical treatment is at least, in part, taken care of. If a pharmaceutical is proven to work, the USVA offers it, or at least they are supposed to.

Today, unlike 30 or 40 years ago, the USVA today concedes Post Traumatic Stress Disorder (PTSD) Syndrome is real; there’s even an app for that.  According to VAhealth.org: currently, 20 percent of Iraq war veterans and 11 percent of Afghanistan war veterans report battling PTSD. Keep in mind, no one knows how many individuals are undiagnosed because they don’t ask for help. Some suggest it’s not unreasonable to suggest one in four Iraq war veterans suffers PTSD.

Drugs to treat this condition and additional support are at least, in part, paid for by the USVA. However, what might be the most effective treatment isn’t supported by the government – that treatment is furry.

In recent memory the USVA refused to support the notion of service dogs for veterans with PTSD saying, “There isn’t enough data.” At that point, there was compelling anecdotal data from veterans lucky enough to have a service dog, but the USVA said they needed published studies in peer reviewed journals, real science.

Never mind that there were indeed some proven scientific studies (from the U.S. and elsewhere), today the evidence is irrefutable regarding the benefits of service dogs for veterans with PTSD.  Today, the USVA can’t argue about a lack of evidence so they pretty much ignore the issue.

A four-legged pharmaceutical does require a significant investment and private agencies continue going on their own with virtually zero financial help from the government. However, the cost of treating individuals with PTSD is also significant. Most importantly, a veteran with PTSD and a service dog is more likely to hold a job, so this means no unemployment check is needed. That veteran with a service dog may require fewer drugs and/or lower doses.

That veteran with a service dog is less likely to suffer social isolation, which is a problem worsened because of the pandemic. For example, the USVA offers lots of resources for individuals suffering social isolation, and service dogs aren’t even mentioned.  That veteran with a service dog isn’t as likely to commit suicide, an issue even more concerning due to the pandemic when the already high suicide rates among veterans has increased.

Some (including one conversation I had with a VA official several years ago) have expressed concerns that those with service dogs may not seek out evidence-based treatment for PTSD and use the dog as a substitute and not an adjunct to treatment. However, that, is an anecdotal assertion, as there is no evidence that this occurs.

Others suggest that the trained service dogs are merely a placebo, and only imagined to be beneficial. I seriously don’t understand how that is possible. Even if that’s the case, I support anything that makes life better for those who unselfishly served all of us.