Will and DuPage Counties, Illinois to Ban Sales of Dogs and Cats at Pet Stores 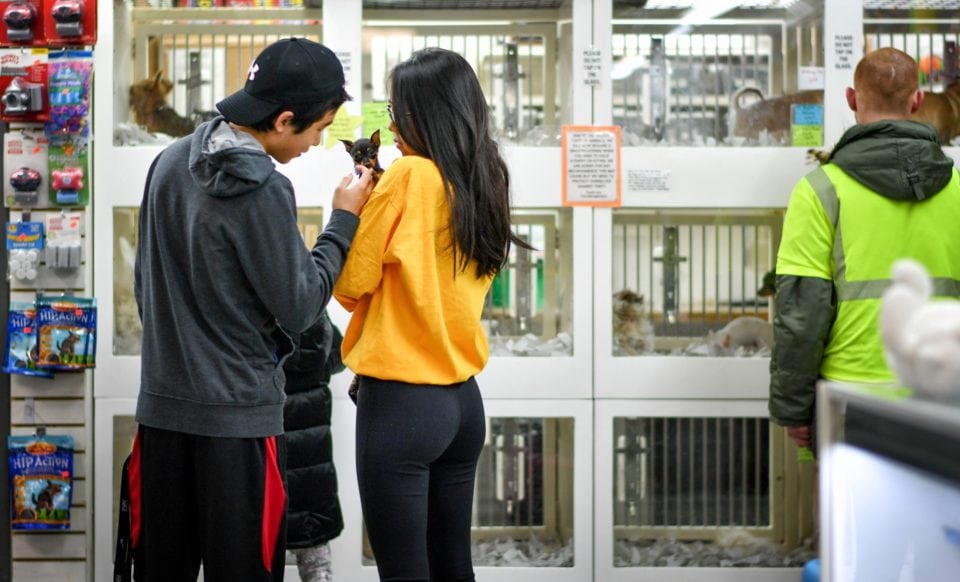 No responsible breeder EVER sells to pet stores. With that in mind, and that fact that over 200 communities in the U.S./Canada have banned sales of dogs and cats at pet stores; the entire county of Cook has a ban in place in Illlinois and so does the State of California, two Illinois Counties have come forward to say ‘enough is enough.’ It’s about time the dogs and cats had someone speak up for them.

Illinois State Senator Michael Connelly,  21st District, and Suzanne Hart, Will County Legislative Chairwoman will talk about this issue Sunday morning on Steve Dale’s Pet World, WGN Radio, 6:35AM CDT on December 24. Listen HERE or on the air, 720AM. (More on this on-air and in future posts). THIS IS A CHRISTMAS/ HANNUKAH GIFT FOR ALL PETS!

The official release making the announcement below….

DuPage County joined with Will County and Illinois State Senator Michael Connelly (R-Naperville) to call for a ban, in those counties, on the retail sale of animals obtained from commercial breeders, which can have lower health and welfare standards. Senator Connelly announced details of Senate Bill 2280 at a news conference at the Naperville Area Humane Society on Friday.

Senator Connelly’s legislation is the result of a joint effort between leaders in DuPage County, Will County, The Humane Society of the United States, The Puppy Mill Project and several other local animal advocacy groups. The bill would bring state laws regulating the retail sale of animals obtained from commercial breeders in line with similar ordinances already enacted in Chicago and Cook County to protect the consumer, improve animal welfare standards, encourage pet adoption and responsible breeding and bring about an end to animal cruelty for profit.

“Commercial breeding can be a sad and abusive industry,” said Sen. Connelly. “Not only will this bill help stop inhumane practices, but it will also encourage pet stores to partner with animal shelters and rescue organizations. This legislation will not make it illegal to breed pets. People will still be able to purchase an animal directly from a breeder.”

Representative David Olsen (R-Downers Grove) will be the sponsor of the bill in the state House of Representatives. “The cruel practice of breeding animals on a mass scale for retail sale with no regard for the health and welfare of the animals must stop.  Senate Bill 2280 would improve animal care standards, encourage more pet adoptions and responsible breeding practices and protect consumers.  Today, consumers are largely unaware of the inhumane treatment many animals are subjected to before they are sold,” said Representative Olsen.

“DuPage County, Will County and our residents have seen past the lies told by the pet store owners who profit handsomely while misleading consumers and contributing to the needless suffering of animals in puppy mills and catteries.” said Brian Krajewski, Chairman of the DuPage County Animal Care and Control Committee. “We stand with Cook County, Chicago, the growing number of suburban municipalities, and hundreds of other cities and counties across the nation who know, like we do, that there is no shortage of animals in need of homes and that businesses can be both successful and humane if they are willing to adapt.”

DuPage County Animal Care and Control is an open-admission shelter obligated by state statute to accept any animal surrendered to the facility, including sick and ill-tempered animals from puppy mills. Krajewski said passage of this bill would result in greatly enhanced consumer protections against large-scale breeders that breed for volume rather than animal health or temperament, and a decrease in animal homelessness, and public health and safety issues.