Chicago has been woefully slow to add a cat café for many reasons–from promises broken (by a Chicago animal shelter that promised a “proper” cat café) to odd city rules (unique to Chicago). No matter, with more than 80 cat café-themed hangouts across the U.S., Chicago has finally pounced on this idea. 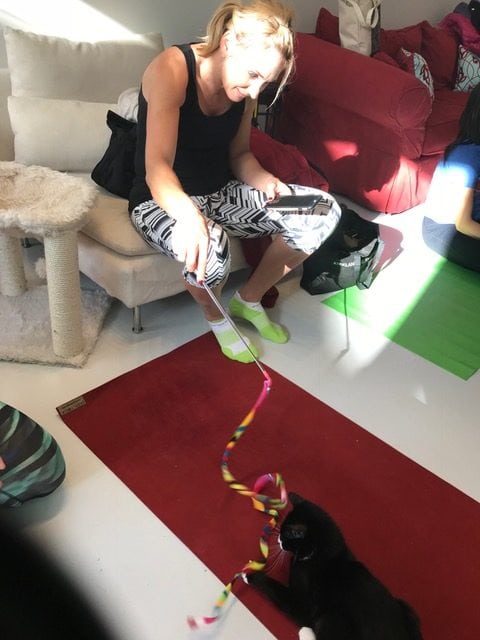 Earlier in the year, the Catcade opened at 1235 West Belmont Avenue in the Lakeview neighborhood. The Catcade concept is an arcade-themed cat rescue and lounge, simulating a home environment. By all accounts, thus far, the Catcade is doing well, measuring success by adoptions and visitors who check in to play with kitties.

Jenny Tiner’s Windy Kitty Cat Café and Lounge has been in the planning stages for a long time. Tiner was frustrated that Chicago lacked a cat café, so she began to work on her efforts. 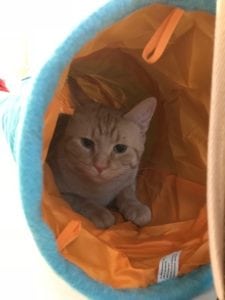 Unlike the model for most cat cafés in Asia–where the concept began—most U.S. cat cafés feature adoptable cats. Tiner is working with Chicago Animal Care and Control (CACC). At times, CACC (the city’s municipal facility) remains overwhelmed with too many cats, and there’s no doubt that this new partnership will help to save lives.

Despite many obstacles, Tiner has persevered. She started with her own dollars and raised money on her own without an organization of any kind to help fund her. The grass roots efforts grew and ultimately even reached CEVA Animal Health, which chipped in.

Tiner’s original location didn’t pan out as the landlord dropped her for “a better deal.”

Unfortunately, just after signing the new lease and beginning to move in and design the space, the café was vandalized. So, Tiner spent dollars sooner than she expected on a security system. 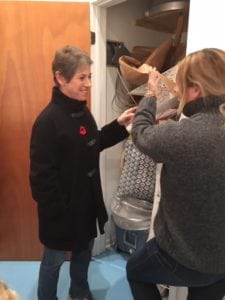 Tiner’s goal is to adopt cats, and the more cats the better. However, in order to do that she will focus on limiting the number of cats at the space at one time (too many cats in too small a space will increase stress, subjecting them to illness), and limit the number of people to visit at one time so cats are not overwhelmed.

And the cats aren’t the only attraction. There will be movie nights (featuring movies with cats, no doubt), and yoga with cats is offered as well. Yoga will be offered on many Saturday and Sunday mornings, taught by Lauren Spearman, renowned yoga instructor and owner of R&B Yoga. (No word as to whether the downward dog will be allowed). Sign up here for yoga classes at the café. Tiner, who is keeping it all local and who is an artist herself, will feature art classes. 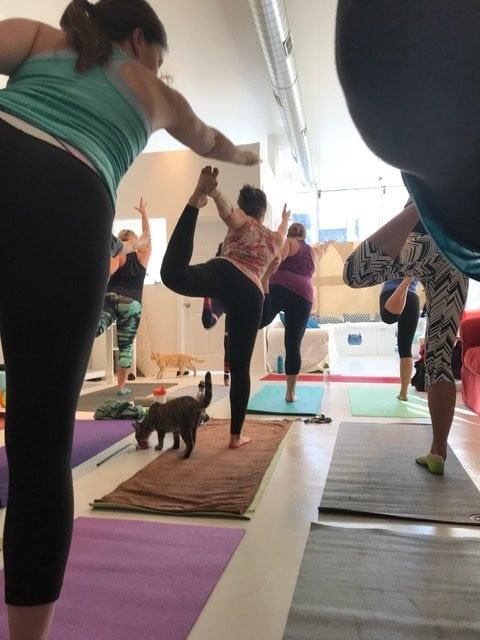 There’s a method behind these sorts events and the entire concept of a cat café. People relax when they watch movies, and obviously that’s the intent of yoga. When humans are relaxed, cats are more likely to be as well. The more at ease the cats are, the more likely they are to express their personalities, which enhances their odds of speedy adoption.

Shelters are stressful places for cats, no matter what shelters do to ameliorate that stress. The anxiety suffered by cats is palpable at most shelters—even the best—and, as a result, cats may be more susceptible to illness. The hope is that by having a manageable number of cats in a cageless home (like an environment with lots of hiding spots and plenty of vertical space) and much to entertain them (from various toys to DVDs playing that star rodents and reptiles), the stress of the cats will diminish and the cats will be fun to hang out with.

No matter, for whatever the reasons, the atmosphere of cat cafés, overall, seems to encourage surprisingly high adoption numbers. 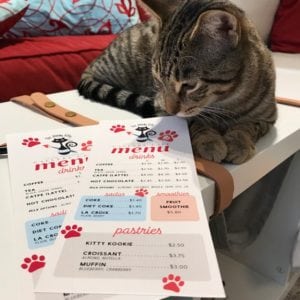 A cat café is still supposed to be a café, and Tiner has figured out how to do that (and within limitations unique to Chicago) in a brilliant manner by partnering with the nearby Gallery Café (just a few doors west of the cat café).

Aside from the noted coffee long-celebrated in Bucktown, a drink that will no doubt soon be the official Chicago drink will be offered, called a Catfé Latte. Other options include hot chocolate to coconut and almond milk. Pastries are locally sourced, and include a kitty cookie as well as muffins and croissants. 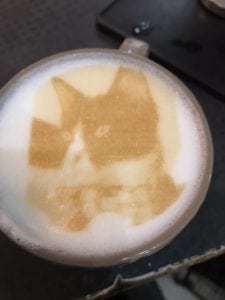 Windy Kitty offers membership plans (so they can continue to care for and adopt cats), and to save regulars money. Prices vary depending on the membership level desired. Reservations are required to visit the cat café, though you can walk in if there’s available space. Patrons will pay $12 per visit.

Windy Kitty is also seeking volunteers to help do the glamourous jobs, like scooping litter boxes.

Here are the cat café hours: