I’ve always loved the idea of a cat café in Chicago, and I had high hopes for one at a cat shelter when I was on their board of directors a few years back.

While other cities across the country have jumped on the international phenomenon of cat cafés, Chicago has lagged woefully behind. By one count, there are more than 80 cat cafés in the U.S.

Now, finally, Chicago has one cat café, and another on the way, though that cat shelter may never have a real cat café, according to various printed reports. Unfortunately, that shelter clearly fundraised promising a real cat café to donors, though, despite having two years or so to get it together, they didn’t pass the city health department test. 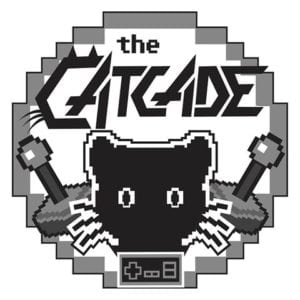 I’ve lent my support behind the determined Jenny Tiner and the Windy Kitty Cat Café and Lounge, a cat café for all the right reasons, with the reason at the top of that list being to support cat adoption and education. Windy Kitty will work with ALIVE Rescue, who in turn will help out Chicago Animal Care & Control. It’s a really nice circle, which, in the end, finds homeless cats and kittens furr-ever homes.

Windy Kitty will land on all four in Bucktown, 1746 W North Avenue. They’re holding two sneak preview events on September 1 and September 2 at the space in order to reach their final financial goal.

I will be the host and emcee on September 1, and Chris Poole, of internet cat stars Cole and Marmalade, will be there September 2. Both events start at 6:30 p.m. and request a $30 donation to show support. Drinks, veggie snacks, and hors d’oeuvres will be served, and lots of items will be available for auction. Tiner is an artist, and some of her artist friends are helping out to auction off cat art. And, there’s much more, including everything from a pet DNA kit to a wide assortment of cat-related products. 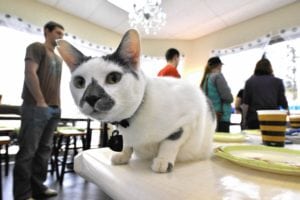 Tiner says, “This fundraiser will not only help us reach our fundraising goal, but, if we make enough, we can build our kitten nursery and have that running when we open. It would be a dream come true and only increase the ways in which we can make a difference in saving cats. We will make announcements about contributors daily by way of Instagram & Facebook.”

Special events will be held once Windy Kitty opens, including movie nights, guest speakers, and even cat yoga!

Please show your support. If you can’t be there in person, I have another idea: Tiner has created an Amazon Wishlist!

Learn more about the September 1 and September 2 Windy Kitty preview events. I hope to see you there!