Woman Arrested After Tossing Puppies in a Dumpster

Does this act of outrageous animal cruelty say something about us? I mean who could possibly do this? Deborah Culwell, 54 who this past week allegedly threw a bag filled with puppies into a trash bin in Coachella, CA has been arrested. She faces up to seven counts of felony animal cruelty.

The real hero of this story is a homeless man named John. He was in the area and rummaging through dumpsters when he came across the bag of puppies and brought them into the auto parts store. An employee then alerted Riverside County Animal Services. 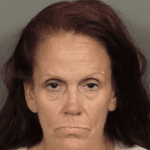 And is this a surprise? After her initial arrest, investigators impounded 38 dogs from Cullwell’s residence on Tuesday, and the dogs were allegedly not being properly cared for.

“We were uncertain who would care for the dogs after she was arrested, so we were forced to impound all 38,” said John Welsh, the public informations officer for Animal Services. “The house was in a state of despair,” he added.

Unfortunately, the dogs are not available for adoption at this time since they are considered “confiscated animals.” This is why laws need to charge regarding “confiscated animals.” In an increasing number of cities, the living dogs are no longer required as evidence, and instead can be placed into foster care or even adopted since video and/or photographs can serve the purpose. The good news is that reportedly the puppies are doing well.