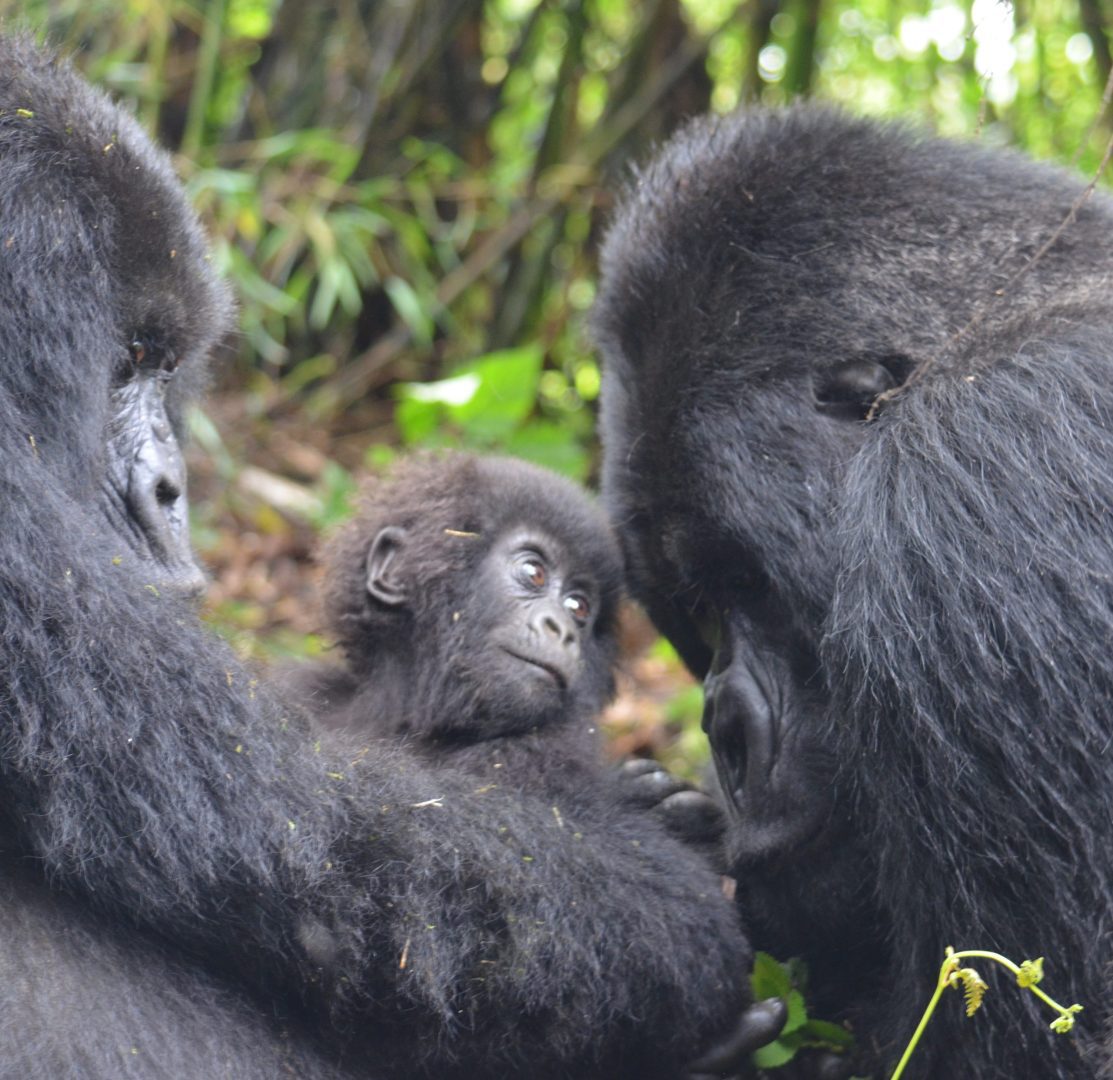 One of the privileges of  our life was in September, 2012, when my wife Robin and I traveled to Rwanda, Africa to trek into Virunga Mountains to come face to face with Mountain Gorillas.  It was like a religious experience – jaw-dropping inspiring.

Greatly, the notion of King Kong and gorillas being mighty beasts has disappeared.  It’s hard to believe that only 30 years ago, most people believed these animals to be a threat to humans. Of course, their only real threat for many decades has come from humans. 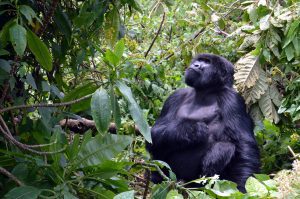 All gorilla species are the keystone species in each environment which they live. So, as gorillas go so do many other species – both plants and animals – who share their homes. 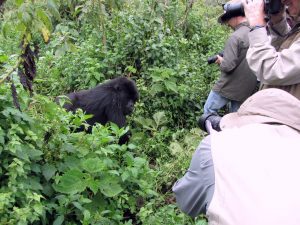 The good news is that the number of Mountain Gorillas is on the rise, now exceeding 1,000. And the only explanation for that is ecotourism. Rwanda and Uganda officials have realized that the great apes and the tourists they attract are a key to their increasing economy. Both are among the few African nations succeeding. (Mountain Gorillas are also found in war-torn Democratic Republic of Congo, but their population there remains unclear).

As the pandemic hit, tourism came to a screeching halt.  One concern was that Mountain Gorillas (or any Gorillas species) would be impacted by COVID-19 which they have no natural defense. As far as anyone can tell, luckily that hasn’t occurred.

However, other gorilla species numbers have been on a consistent decline for a long time. In places, they tragically continue to be hunted. Habitat loss is a significant factor as well.

One organization which takes tourists to Rwanda to visit the gorillas is Terra Incognita Ecotours.

If you aren’t able to travel to Africa to see gorillas in the wild, you can support the veterinarians who care for them, dubbed the Gorilla Doctors.

Here are a few video highlights of what we saw: