Your Cat Is More Into You Than You Might Think 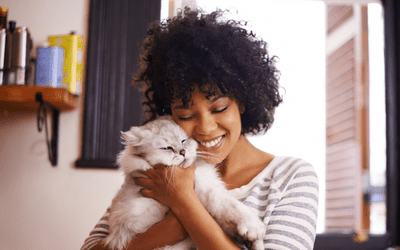 No need to stop the presses for this news – dogs pay attention to what we do and what we say. Even if they don’t understand the words, they do understand how we say it. And by the way, according to psychologist Dr. Stanley Coren, the average dog understands 165 words. Cats, according to research, understand far fewer words, somewhere between 20 and 50. 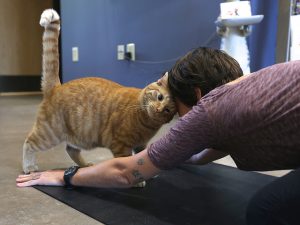 However, it turns cats may pay more attention to us and what more than we thought. According to recent research, published in the journal Animal Cognition, cats were given a solvable task (an easily accessible treat in a loose-lid container) and an impossible task (a treat in a closed container) in the presence of either attentive or inattentive caregiver.

In the solvable task condition, cats easily figured out how to access the treat and did not attempt to involve the person in the process. However, when cats were unable to access the treat themselves, they used behavioral strategies to convey their intent to the person, asking for help, which is exactly what dogs do. And they changed their behavior based on the person’s availability. If the person was looking at them and paying attention, the cats were more engaged. If the caregivers were not paying attention, the cats adjusted their strategy, presumably after realizing that the person was not engaged. 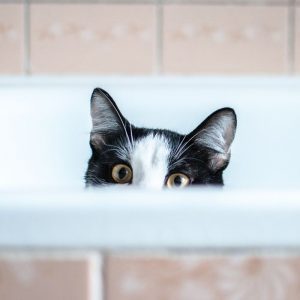 “Communication is an important part of any relationship, and this study shows that cats may be better communicators than we thought they’d be,” said François Martin, MA, Ph.D., director of Applied Behavioral and Animal Welfare Research at Purina and lead the Purina scientist on the project. “The more attentive a cat owner is, the more engaged their cat will be, which strengthens their relationship.”

Results of this study challenge the popularly held belief that are independent and not people-oriented, and add to the emerging scientific literature that provides evidence that cats can form attachment bond with humans and can recognize human emotions.  Study authors write, “Our results suggest that cats are attuned to their socio-cognitive environment, address intentional behavior at humans to access resources out of their reach, and take into account the attentional availability of humans. In fact, it appears that the attentional state of the owner could serve as important reinforcement for cat-human communication and the establishment of a strong bond between the two.”

This study complements the decades of research by Purina animal behaviorists to better understand the behavior, emotional development, and health of cats and dogs.